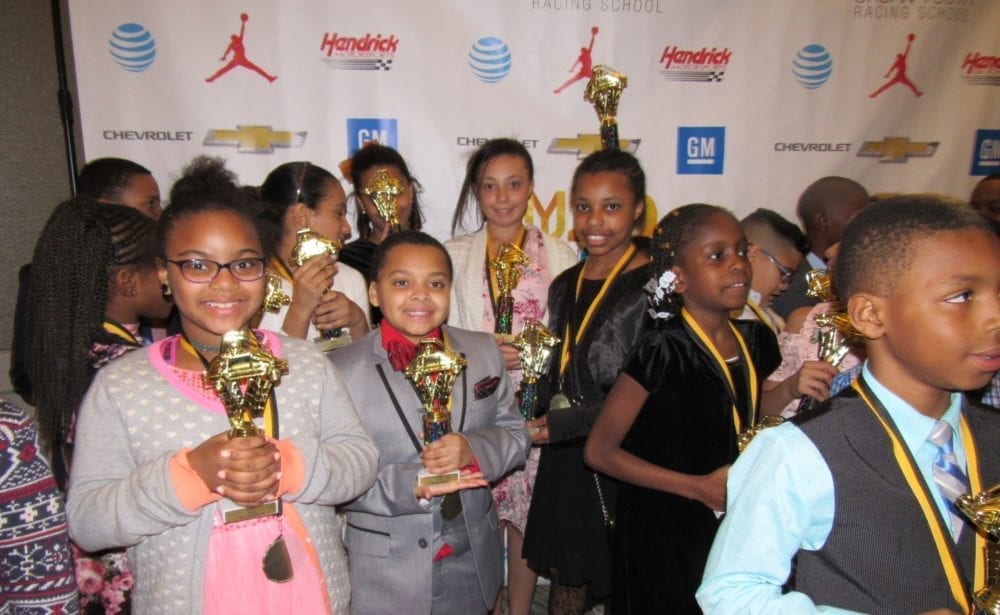 Imagine being a regular at an esteemed country club filled with all sorts of amenities, leisurely recreational opportunities, and a chance to rub elbows with elites like the Vanderbilts, Fords, and Morgans. While a typical country club membership can be somewhat expensive, there’s one club that’s priced right and targeted at Trenton youth.

Formed by Trenton’s elites such as Frederic Schluter, James Kearney Jr., John Kuser, John Roebling, Charles Stokes, Frank E. Griswold, and Judge James S. Turp, the Boy’s and Girl’s Club has been offering a country club level assortment of options and amenities for the price of a club sandwich since 1937. The club started out as the Boy’s Club in 1937 and was housed at the old Anne Skelton School, which at the time was one of the oldest schools in New Jersey. The structure, rebuilt in the 1960’s, became the Boy’s and Girl’s Club a decade later.

Today, with a membership of nearly 2,700, the club is in the elite category but it’s not exclusive. On Centre Street, the “Kids Club” offers S.T.E.M. enrichment activities, academic tutoring, arts and dance, and youth sports leagues such as football, karate, soccer, and basketball. The club also hosts “Super Saturdays” every week when kids are invited to come to the clubhouse for a day of full of activities around art, computers, chess, cooking, game room, karate, and dance along with monthly scheduled trips.

While most country clubs cater predominantly to those of a certain age, the Boy’s and Girl’s Club caters to all ages. Their tween and teen programs are open to youth ages 11-18 and focus on preparing youth to become successful adults and advancing them into post-secondary and career opportunities. They offer opportunities for youth to drop in on weekdays after school until 8 pm. Various clubs such as cooking, leadership, yoga, art, dance, and college readiness are available to them. The club hosts SAT/ACT tutoring along with assistance in applying for college to complement their series of college tours.

In addition to preparing for college, the club prepares youth for careers through their “Career Launch” Work Readiness Program, which was named one of the top four programs out of all the Boys and Girls Club in the country. This program enables youth to explore various career options through access to speakers, internships, and more. Youth obtain various internships through the program at Bike and Computer Exchanges, which repair and sell bikes and computers; serving as leaders in other programs; and at Razor Sharp Barber Shop right next door.

While they have a country club level assortment of activities, they offer them at a non-elite price, and in fact have given out more than $2.5 million worth of memberships so that no child is turned away.

To learn more about the Boy’s and Girl’s Club of Mercer County, visit them online at https://www.bgcmercer.org/portal/home and be sure to check out their Career Readiness and Teen Program Open House on September 25th from 5:30-7:30pm. 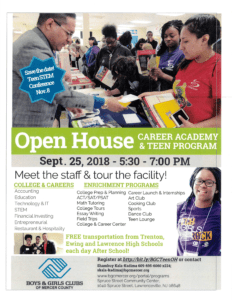