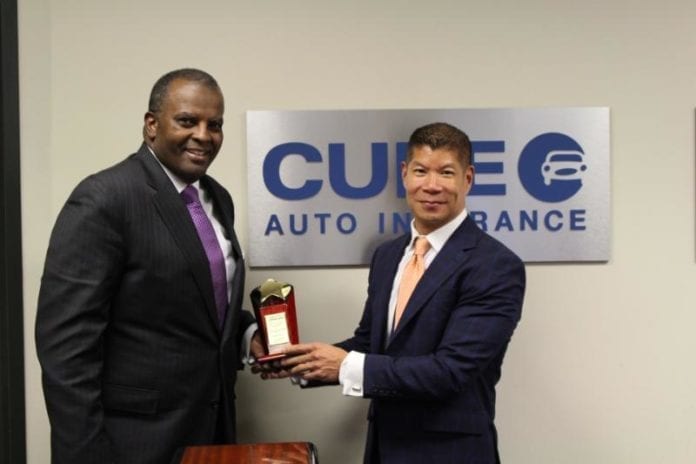 Mr. Poe has been recognized as a consumers rights and social justice advocate, and first began working with the AACCNJ more than a decade ago. During this time, Mr. Poe has used his to platform to shed a spotlight on the unfair practices exhibited by some of the nation’s leading auto insurers. Mr. Poe drew attention drew attention to how these companies use education and occupation in order to offer more favorable auto insurance rates to wealthier drivers, regardless of driving record, a system that undoubtedly has far greater impact on communities of color.

“Driving is not a luxury in this country, but a vital necessity in order to earn a decent living, start a business and create opportunity, and Eric understands this better than most,” said Mr. Harmon. “His work has ensured African Americans do not get price gouged for legally-mandated insurance, and there is no better person to receive this award then our friend and ally, Eric Poe.”

Mr. Poe regularly gives lectures on this issue and his work in New Jersey has resulted in currently pending legislation in Trenton. On a federal level, he has helped introduce national legislation on this issue alongside Congresswoman Bonnie Watson-Coleman (D-12-NJ). This important work has created the environment necessary to see reforms nationwide, which included the passing of amended laws in New York, California, Michigan, and Maryland all in the last year.

“The issue of auto insurance reform has been important to my family and me since the early 1990s – in fact, its the reason we started CURE. We felt it was necessary to establish an equal playing field for drivers that determine insurance prices based on actual driving records,” explains Mr. Poe. “Thanks to the incredible work of Mr. Harmon and the AACCNJ, we have been able to move the needle on this issue and will continue to push until the system is fixed. I am honored to receive this award and will continue to fight for equality and fairness.”

Mr. Poe was awarded with the Commitment to Achievement Award on February 15th, 2019.

About the African American Chamber of Commerce of New Jersey

The AACCNJ performs an essential role in the economic viability of New Jersey. While providing a platform for New Jersey’s African American business leaders, to speak with a collective voice, the AACCNJ advocates and promotes economic diversity fostering a climate of business growth through major initiatives centering on education and public policy. The Chamber serves as a proactive advocacy group with a 501 (c) 3 tax exemption, which is shared by the National Black Chamber of Commerce. More information can be found at www.aaccnj.com.

CURE Insurance acquired the naming rights for Trenton’s 10,000 seat arena on Hamilton Avenue, the former Sovereign Bank Arena, in September 2017. Since then the arena has been known as Cure Insurance Arena. Dr. Lena Chang of CURE was recently the master of ceremonies for Trenton’s inaugural Chinese New Year Celebration this past February 5th. For more information visit www.CURE.com.