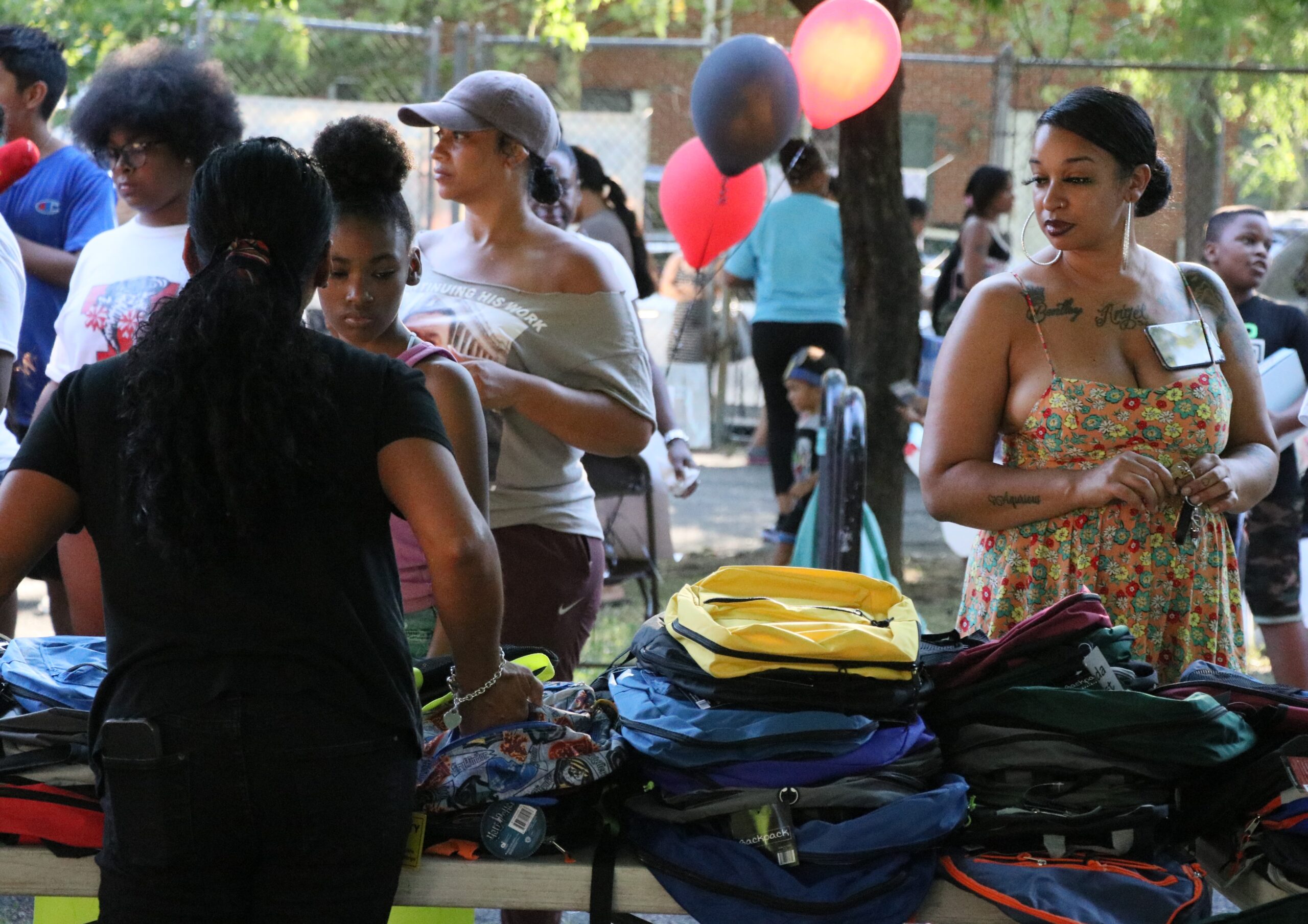 Juan Martinez was a longtime Trenton activist who worked tirelessly to better the city. After passing at 55 due to health complications, community activist Yazminelly Gonzalez took over his duties and has continued the tradition for seven years.

“So when my father passed away, this is one of the things he was very passionate about,” Gonzalez said. “He partnered with several people in the community to give out backpacks every year, so once he passed away, it was only right that we kept his legacy going.”

One of those partners was McDonald’s on Chambers Street. Rosa Rosada said they had been volunteering since before Gonzalez took over. Rosada described Martinez as a loving, bubbly, fun, and overall giving person.

“Always thinking about somebody else,” Rosada said. “He was my husband’s best friend, so we knew him very well. And he was always looking for something to give to someone else, always trying to give back to the community. He would have given the shirt off his back if you need it.”

Each person that showed up was given two tickets, one to pick out a backpack and one for food provided by McDonald’s. Nikica Gordon, a Trenton resident and mother of four, came out with her kids to pick up backpacks.

“I got some bookbags for my children. I love it…you can’t go wrong with too many bookbags…It’s a good atmosphere given all the stuff happening in Trenton… Having the community come together to do something positive is a really good thing,” Gorden said.

Kids and Parents lined up at one end and went down the line of vendors. Organizations like Children’s Futures, Trenton United Family Foundation and McDonald’s, handed out pamphlets, information, and food. Henry J Austin Health Center was onsite supplying vaccinations. Natasha McNeil, Trenton resident and volunteer, has been helping for the last six years.

“I’m always happy to help out the community…To give back to people that are less fortunate, that can’t get out and get their own supplies…I feel great. I feel accomplished. Just helping out, giving back, I feel extremely blessed,” McNeil said.

The park was named after Juan Martinez and has been continually improved by the City of Trenton. “We’re continuously making progress in the city,” said Mayor Reed Gusciora. “Enjoy the city. This is a city we all love. And this is when we all come out and this demonstrates it. God Bless Juan; he is looking down with a big smile.”

Overall, residents came out from the area to support and receive. Mary Okore, an Ewing resident, came with her two daughters. “I think it’s important because not many people are fortunate enough to like, buy stuff. ..So it’s helpful, like financially, for different family situations,” Okore said.