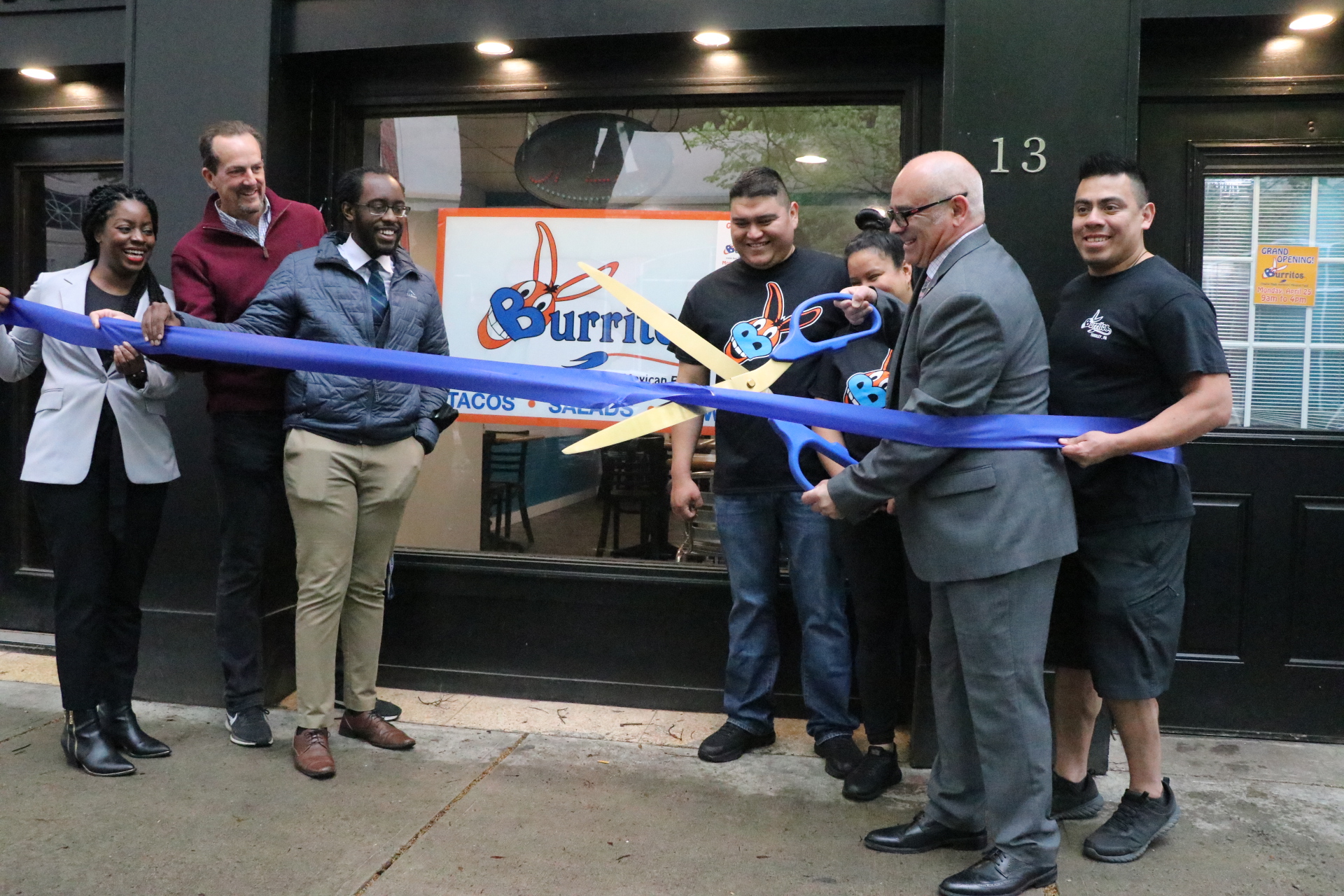 Burritos, a family-owned Mexican Restaurant opened its doors in downtown Trenton this week. The franchise, originally from Yardley, Pennsylvania moved into the city with hopes of expanding their name into New Jersey.

Horacio Barroso and his Brother Ivan Barroso started their first restaurant in 2006 in Plumsteadville, Pennsylvania with El Mariachi then continue to build their name with the founding of Burritos in 2014. “I mean, our ultimate goal is to make a franchise…That will be awesome,” Horacio said.

They ventured into Trenton to start that dream, and so far, they have seen a warm welcome with both residents and state workers coming by to check out their cuisines. “It’s been great. I mean, there’s a lot of people; we never expected this, to be honest, to have a really good response,” Horacio said.

There is little difference between the two restaurants. They kept the same design and buffet-like process to quickly get food out on the tables and into the hands of the customers. They serve homemade Mexican specialties like soft-shelled tacos, a verity of burritos, stuffed to the brim with rice beans, an assortment of meats, and other variations on Mexican dishes.

Mayor W Reed Gusciora is excited to have a new franchise in Trenton. “Well, it’s great when people cross the river; George Washington did it 250 years ago. It’s great when our friends from Yardley want to invest money into the capital city… And it’ll be a great stop for state workers and business people alike,” Mayor Gusciora said.

Those at the Trenton Downtown Association (TDA) couldn’t agree more. Roland Pott, a Broker and developer, as well as the Chairman of the TDA, said he was excited to see another restaurant downtown. “We are excited to have another option, excited to see new people being hired, and excited to see new doors open as the state workers start to return and employees start to come back into the office,” Pott said.

Burritos Trenton is located right across the street from Liberty Commons Garage. They are close to Mill Hill Park, Patriots Theater at the War Memorial, the Old Barracks Museum, Thomas Edison State University, the NJ Department of Community Affairs, and the NJ Department of Human Services. The brothers acquired the area from Jacqueline Gonzalez, who owns the building.

“I went out made flyers, and one day I just started handing them out and I happened to be that when I handed (the Brothers) one, they called me like five minutes later and said, ‘Hey, I’m looking to open up my second location.” This was history as the restaurant moved into Trenton.  Gonzalez recommends them to anyone looking for a bite to eat. “They’re great people, great tenants…I love their chicken burrito. I love their chicken with the Mandel sauce…. Come on in. Try this food is fresh daily…It’s awesome. You can’t go wrong, ” Gonzalez said.

The restaurant, located at 13 E. Front Street, is open from 9 a.m. to 4 p.m. during the weekdays and 9 a.m. to 4 p.m. on Saturdays, for a complete look at their menu, check out http://burritosmexican.com/trenton-location/