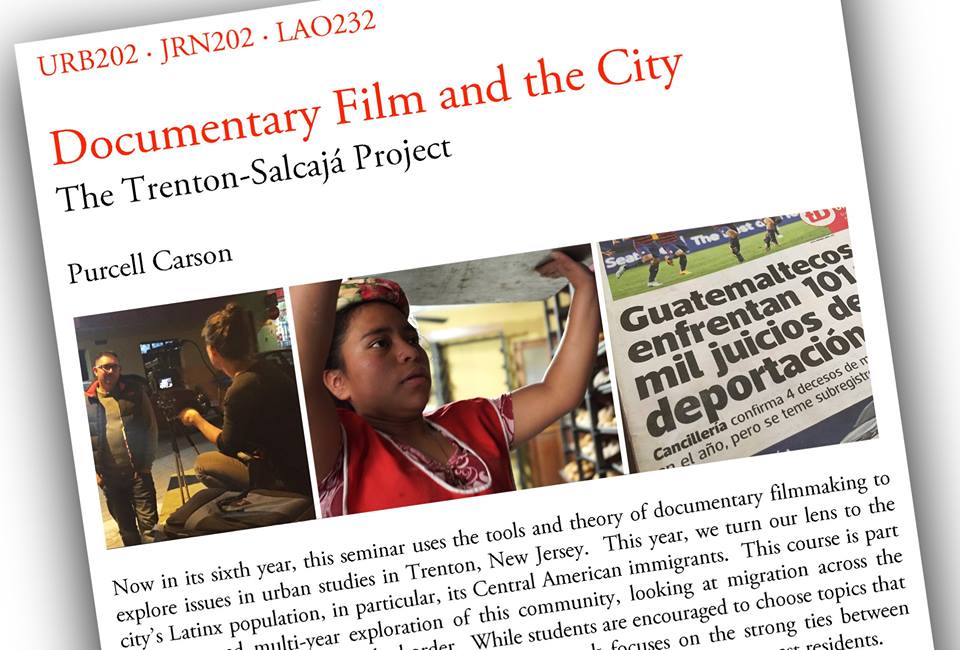 For Purcell Carson, filmmaking is much more than editing and packaging material. Carson has served as the program director of the Trenton Project for the last six years. In addition to her duties as Program Director, she teaches three classes for Princeton University film students. Filmmaking is a true endeavor of the heart and passion for Carson, who enjoys covering narratives that make “people’s lives meaningful and valuable.” Carson seeks to counter the myths that depict Trenton’s decline, while highlighting the rich stories that are not told in traditional media.

Although Carson is not a native Trentonian, she describes Trenton as a special city.

For the entire year, the Trenton Project will focus on the Guatemalan population of Trenton. The vast majority of Guatemalan immigrants migrated to the Chambersburg area of the city within the past three decades. The intent behind this focus is to elevate issues of migration, education and social services. Carson’s rationale behind the 2018 theme was to consider how a burgeoning community can affect and change Trenton and be a critical part of the city’s revitalization.

Carson enlists her students to help her discover and uncover the hidden treasures that define Trenton’s potential. Every year, Carson teaches students from Trenton and the surrounding areas. In fact, one of her prior students has traced their genealogy to Quaker settlers who settled in Trenton in the 18th century. Carson appreciates the Trenton natives who enrich the classroom experience with their knowledge of Trenton. Carson is also hopeful that her class illuminates Trenton for the students who are experiencing the city for the first time. Seeing Trenton’s diverse communities up close is especially appealing to the Carson’s millennial students. Trenton’s diversity is one of its hallmarks and the Trenton Project is one of the premier institutions showcasing this enduring value.