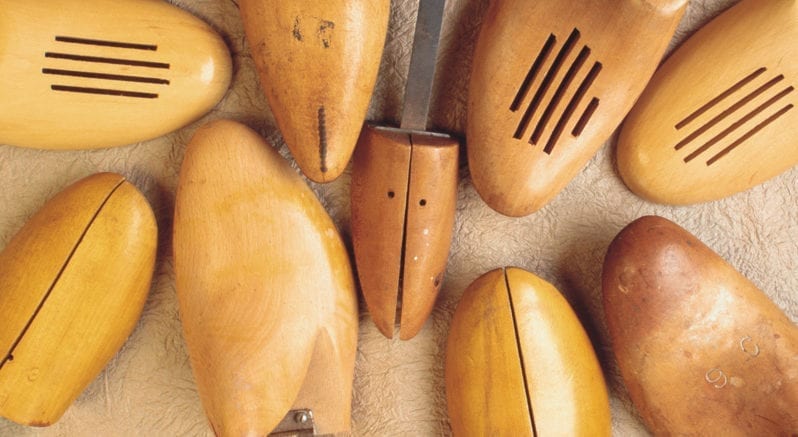 The year was 1947 – the early Golden Age of Capitalism. It was a time of strong economic growth near the end of World War II. In the early 1940s, thousands of soldiers visited Trenton on night passes and weekend leave, and the first United Service Organizations(USO) in America opened on Warren Street in Trenton. Bubbling up in the background was an entrepreneur by the name of Joseph Giaquinto, who opened his shoe repair shop at the corner of Broad and Front Street just two years after the end of World War II.

Since then, the shop has been an integral part of the Trenton community. Even after moving locations in the general downtown area, Joseph remained committed to one principle: staying in Trenton.

Born and raised in North Trenton, Joseph remained dedicated to operating the business in his hometown.  Yes – he was committed to establishing his shoe repair in Trenton, but he also wanted to make sure the laces were tied together as a family business. His son Robert began working at the shop when he was just ten years old. He eventually took over the shop and has been fixing soles now for 38 years. Today, the shop is known as R. Giaquinto Shoe Repair and is located at 115 South Warren Street. Robert proudly purchased the property in 1994.

The shop serves Trenton residents and professionals who work in the city as well as individuals from all over the region. It’s certainly a bargain. For only $6 you can have your shoes polished and cleaned in less than ten minutes. That gives you just enough time to head across the street to Starbucks for a Triple Mocha Frappuccino or Downtown Deli for some of the best soups and subs in town. If you do drop of your scuffed loafers, make sure you have an extra pair of shoes before you leave…