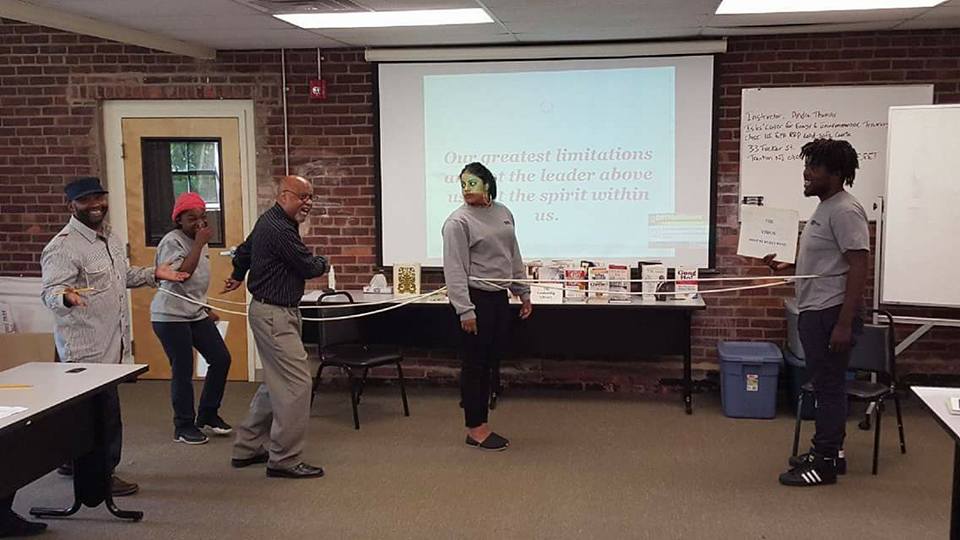 Founded in April 2017, the inspiration behind the creation of the organization “Renewing the Mind,” is a powerful story of how life’s most challenging moments have the potential to give birth to the most beautiful dreams. This epic account of hope and restoration began right here in the City of Trenton.

Andre Thomas, co-founder of “Renewing the Mind, LLC,” was a defiant, rebellious teenager, whose choices started him down a path of self-destruction, until a run in with the law forced him to take a sobering look at where his choices had led him. It was during this dark period of his life, that he experienced a personal awakening, one that began with examining his beliefs about himself and what was possible to achieve in his life. With the help and the guidance of his father Calvin, he began to realize that his mind had been polluted with negative thinking that had influenced his self-destructive behavior. He came to the realization that in order to change his life, he needed to begin with a mental transformation and embarked upon a journey to reconstruct his thinking. As he began to work on changing his mindset, a vision of how he wanted to use his transformative experience to help others began to take form.

The opportunity to manifest his dream presented itself when he was asked to do a leadership training with a group of at risk teenagers. He immediately reached out to his father, Calvin, an experienced consultant and health educator, who specializes in leadership training and program development. While this pilot program only lasted 6 months, it laid the groundwork for the creation of their organization “Renewing the Mind.”

As they moved forward in launching their own organization to help develop leadership skills in youth, they examined the variables that had impacted the effectiveness of the pilot program, such as the age of the participants, the location and length of the program.

Incorporating what they had learned, they created a new curriculum that was more comprehensive and holistic with a well-developed strategy and measurable goals, that begins with the development of a positive self-image. Overcoming any “mental prisons” that the boys have constructed is a critical first step in achieving success.

Armed with an in-depth understanding of the struggles and challenges teenage boys of color face in today’s society, this father-son team, have made it their mission to help vulnerable teenage boys on their journey into manhood by equipping them with the skills necessary to achieve success in every aspect of their lives.

While Renewing the Mind, LLC is still in its infancy, the far reaching effects of its work has the power to touch hundreds of young lives and all because of one man’s dream.