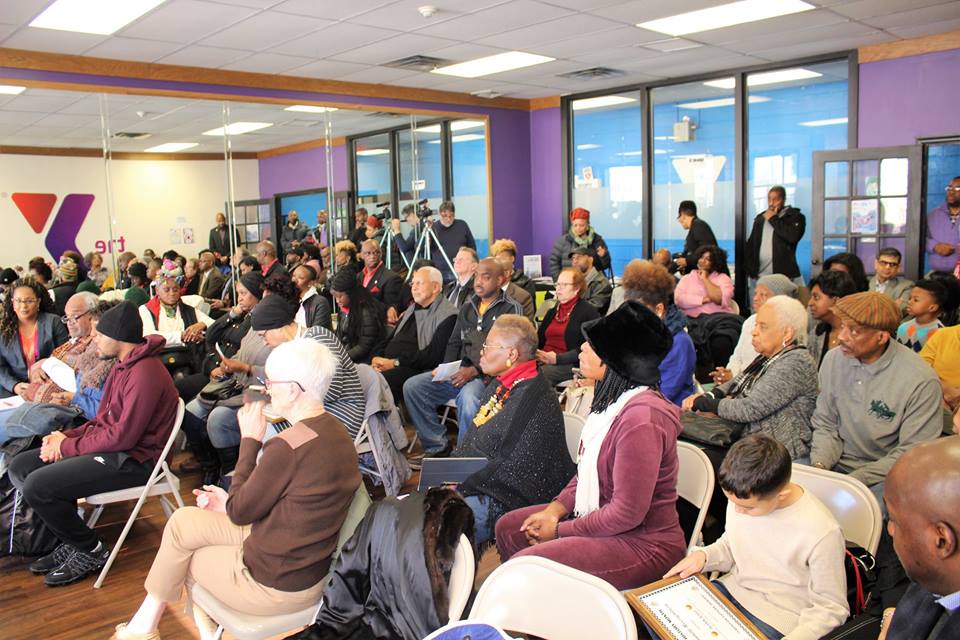 The Capital City Area Black Caucus will hold its “TRENTON FUTURE SERIES” next monthly community and leadership engagement discussion on Saturday, April 13th at Noon at the the Capital Area YMCA, 431 Pennington Ave. The April CCABC discussion will feature HOT TOPICS IN THE CITY and will provide updates on the Trenton city budget, police director search, Trenton public schools, status of the city’s water, small business information, Cannabis opportunities in New Jersey as well as discussions on support for seniors, race relations in the City and summer recreation opportunities and youth programs.

Mercer County Freeholder Sam Frisby, a CCABC founder said, “CCABC is changing the format for the April meeting based on citizen’s input requesting more information on multiple subjects. At our previous CCABC community meetings and in our just recently held March meeting on City-County Collaboration, we recognized more than 175 Black Women in the Capital City area and discussed many issues and opportunities for City – County Collaboration.  Mercer County Executive Brian Hughes and Trenton Mayor Reed Gusciora both gave their perspective on current city-county collaborative efforts and any future initiatives under consideration. In addition, CCABC heard from current and former elected officials, county business and community leaders as well as concerned citizens sharing their on insights on how municipalities and county government can be more effective and efficient in delivering services that impact Capital city area residents.”

Frisby went on further to say, “the speakers, topics and presentations for the April meeting represent the cumulative community input being given to CCABC by citizens and attendees participating in our monthly discussions and reflect what citizens have said they want to know. CCABC is always looking at creative ways to engage community around issues that impact their everyday life in the Capital city landscape and our April meeting is focused on a CCABC goal of trying to do more for citizens in the way of providing advocacy, information and programs.”

CCABC founder and former Trenton Mayor Doug Palmer said,” this is a big deal for Trenton and Mercer County. It shows still that “What Trenton Makes The World Takes” and that Trenton is still a viable city, recognized nationally for it’s potential and that John Harmon is a positive, influential business leader in this state and country doing good work for all of us in developing business opportunities. This is a great honor and recognition for John and AACCNJ and I am proud to call him a friend as well as support his efforts.”