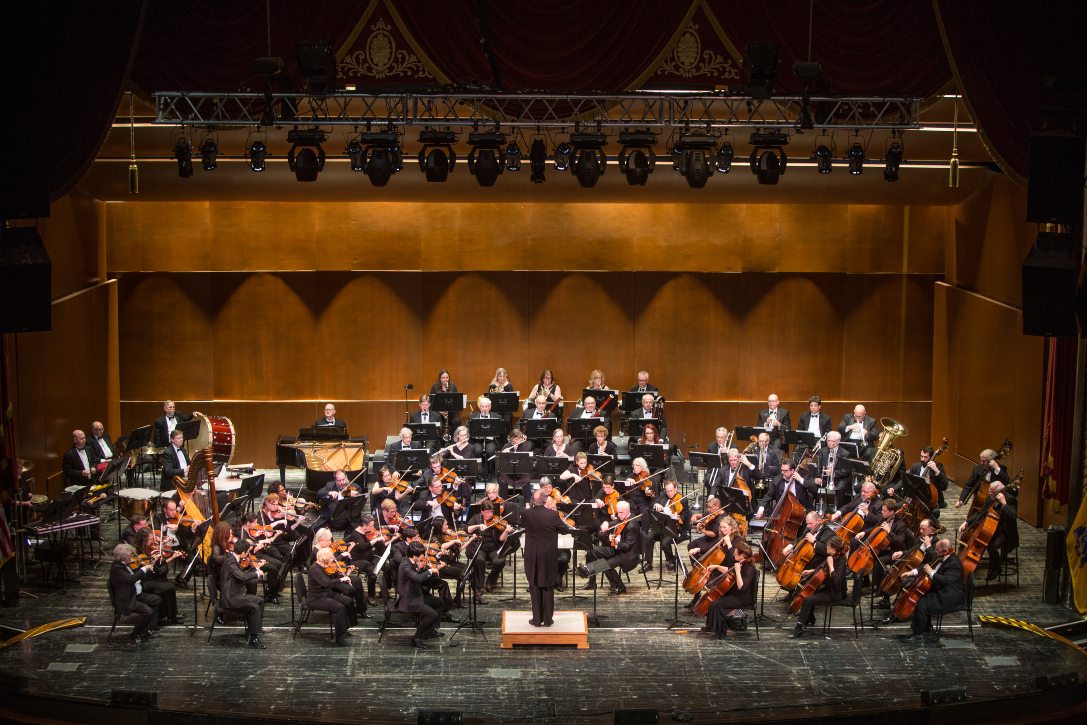 As passers-by stroll down the historic district of Trenton near the War Memorial, a glance upward during a friendly conversation would bring their eyes to rest on posters displaying the words, “Vibrant,” “Powerful,” “Heritage,” and “Resonant” – all paired with exciting scenes from Capital Philharmonic of New Jersey’s (CPNJ) concerts from previous years.

The colorful banners serve as a reminder that the local Trenton-based professional orchestra continues to open the door to great music, and the 2022-2023 season is no
exception. This year, CPNJ is bringing the best of symphonic music straight to Trenton –
and beyond. The “vibrant” and “powerful” line-up includes Beethoven’s 9th Symphony,
The Nutcracker (with American Repertory Ballet), a new Young Artists Concerto Competition, and the exciting rhythms of Latin America – all hosted at the incomparable
Patriots Theater of the Trenton War Memorial.

No need to make the trek to New York or Philadelphia this year; CPNJ opens the door to incredible music in the Capital City and brings world-class experiences right to your backyard,” says Gloria S. Teti, Board President. “We can’t wait to see you for a vibrant, joyful season of music!”

The season opens with the ever-relevant, transformative power of Beethoven’s final symphony – affectionately known as the “Ode to Joy.” Joined by Somerset Hills Chorus,
Westminster Community Chorus, and The LOTUS Project, CPNJ will present this program both at the War Memorial and Pingry School in Basking Ridge, NJ. The sustained appeal of this musical journey of struggle and brotherhood is the timeless call to fraternal bonds that transcend culture, conflict, and societal barriers.

And this year, CPNJ is placing special emphasis on removing the barriers that traditionally hinder younger and inner-city audiences. With the launch of a new partnership with ticketing-service provider, ETix, all CPNJ patrons and subscribers will have a streamlined customer experience to make their relationship with the orchestra effortless. Additionally, the success of last season’s outreach pilot program – reaching over 200 students and families in Trenton schools – is bringing student tickets, lower single ticket and subscription price points, and school outreach as part of the orchestra’s effort to continue to strengthen its impact in the city.

These efforts continue to yield remarkable results in attracting and retaining talented and dedicated artists to the orchestra’s roster of leadership. Making his first appearance
at the Levitt Amp Music Series concert on July 9 in Cadwalader Park, conductor Sebastian Grand has assumed the inaugural role of Assistant Conductor for CPNJ.

Grand is Music Director of the Delaware County Symphony and active as a conductor,
pianist and educator both throughout Europe and in the United States. Raised in
Guernsey, UK, he is a First-class graduate of the Joint Course between the University of
Manchester and the Royal Northern College of Music (RNCM) and has received a
Masters with distinction from the Royal Academy of Music in London.

“It is an honor to be joining the artistic staff at the Capital Philharmonic of New Jersey. I have long regarded this orchestra as a centerpiece of Trenton’s cultural life, and I very much look forward to working with Maestro Spalding to continue CPNJ’s tradition of musical excellence and community engagement. I am excited to be a part of a varied and captivating 2022-23 season.”