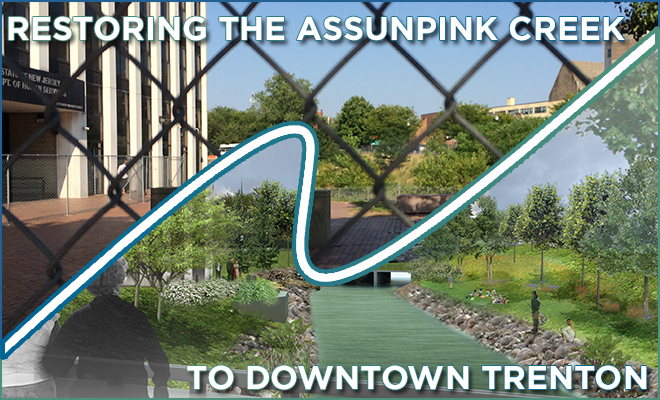 When visiting the beautiful city of Trenton, New Jersey, you can find many historic landmarks to observe within a relatively short distance of each other. One such landmark is the natural and free flowing Assunpink Creek, which stretches over 22 miles throughout the state.

As many people who are familiar with the Assunpink Creek’s history will know, General George Washington strategically utilized this location to position his troops during the Second Battle of Trenton in 1777.

Well after the sun had set on January 2, 1777 the Second Battle of Trenton which took place during the American Revolutionary War was underway. Under the unbreakable leadership of Washington, the Continental Army and other supporting militias set up and maintained a defensive line along the south shore of the Assunpink Creek (which stretched from the mouth of the creek up to Philip’s Mill).

By the time the Second Battle of Trenton had concluded, the Continental Army had successfully forced back several advances by British and Hessian forces. The positioning of Continental troops and the natural layout of the Assunpink Creek helped Washington devise a strategy that allowed them to hold a strong offensive/ defensive position on the front.

In recent years this historic landmark has seen much change, in the late 1990’s to early 2000’s, a portion of the creek was buried and lost to time it had seemed. It wasn’t until almost a decade later in 2014 that talks about daylighting the Assunpink Creek came about.

Now in 2020 we can finally see this project nearly completed. The section of the Assunpink that stretches beyond Mill Hill park is currently under redevelopment which should be complete as early as next year.

Plans for tables and lunch areas are set so that people can enjoy the daytime scenery and take in the beauty of it all. These exciting plans will hopefully breathe new life into the area and increase foot traffic along the creek.