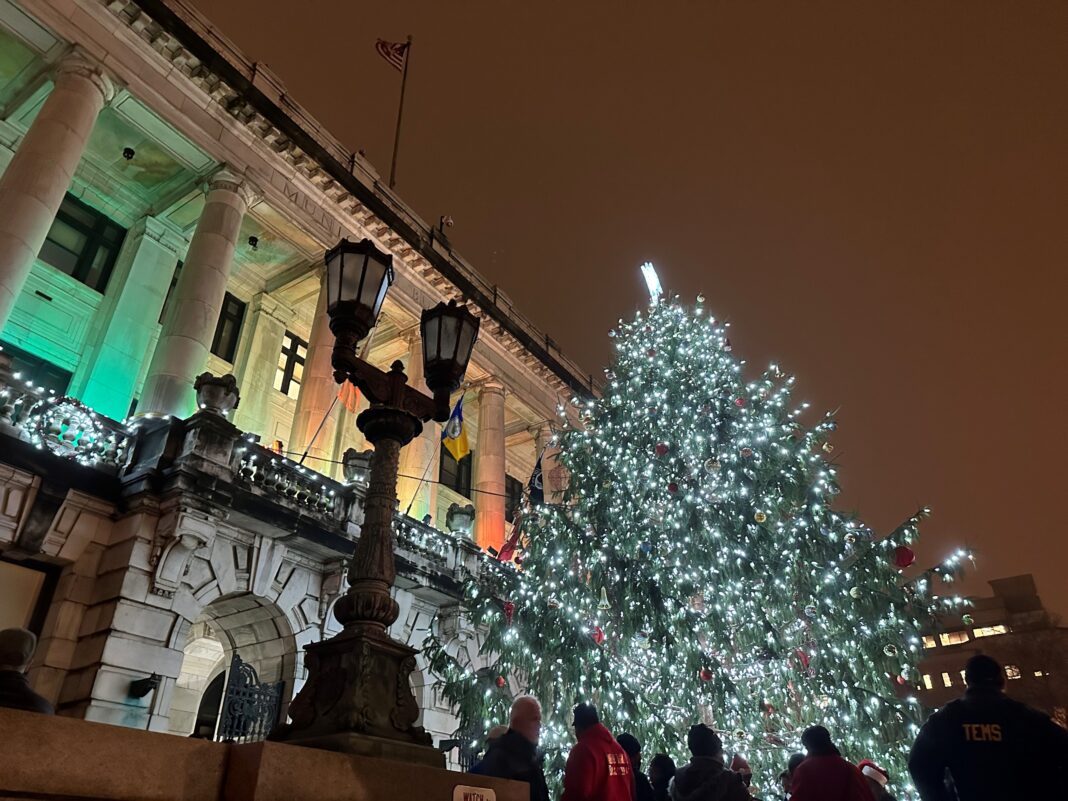 Residents from all over Trenton gathered at City Hall on Wednesday, December 7th to witness the annual tree lighting. With the flip of a switch, the holiday season was officially on in Downtown Trenton.

As dozens of Trentonians made their way through the gates of City Hall, attendees were greeted with a joyous winter concert courtesy of the Trenton Central High School Orchestra. Through a jam-packed setlist filled with contemporary favorites, holiday classics, and everything in between, Trenton’s next generation set the stage for the wonderful night ahead. After their stellar performance, guests got to enjoy some classic holiday carols from the students of Sprout U School of the Arts, a performing arts academy here in the city. The students of Sprout U also presented a heartwarming reading of the classic holiday poem “‘Twas the Night Before Christmas.” As the young performers made City Hall their stage, music and laughter filled the air. 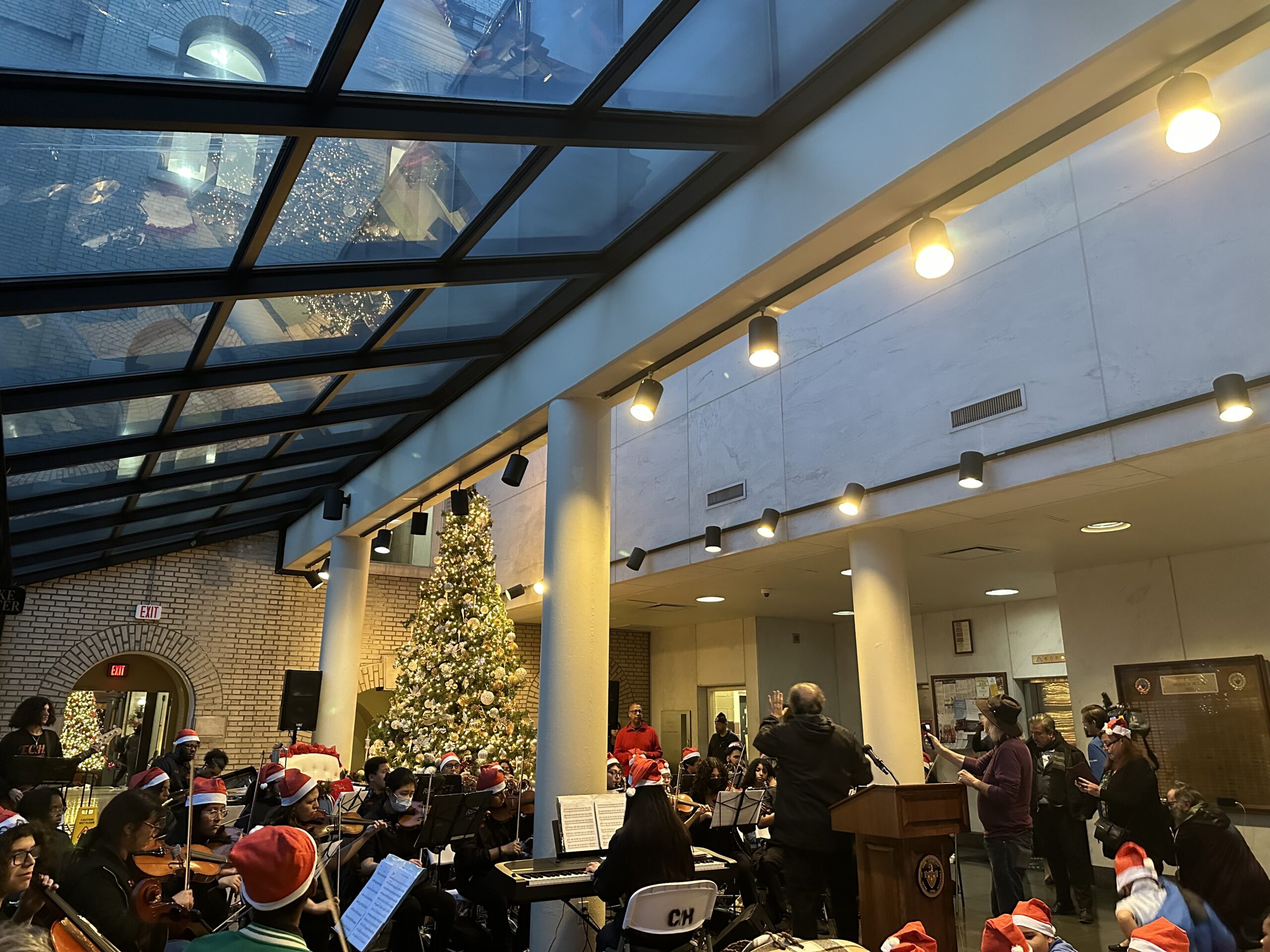 After the performances wrapped up, guests made their way outside to enjoy some hot chocolate, refreshments, and wait with anticipation for the official lighting of the tree. Just moments later, the streets were aglow with sirens and music as the firetrucks signaled that Santa was on his way. Shortly thereafter, Santa and Mrs. Claus were guided into town on a festive float which was decked out with lights, Santa’s trusty elves, and even a live performance. Santa made his way into the crowd, greeting excited children along his way, and just moments later the tree lighting was finally upon us.

After the Mayor and other city officials gave Santa a warm welcome to City Hall, the switch was brought out to turn on the lights. After a couple of young volunteers made their way to the podium, city residents counted down to the lighting of the tree. With a “3, 2, 1…”, Downtown Trenton was transformed to a winter wonderland. Dozens of lights dazzled on the tree as attendees enjoyed the sights and sounds of the season. After the festivities came to a close at City Hall, the excitement didn’t stop there! Afterwards, guests were invited to make their way across the city, where more fun was in store. 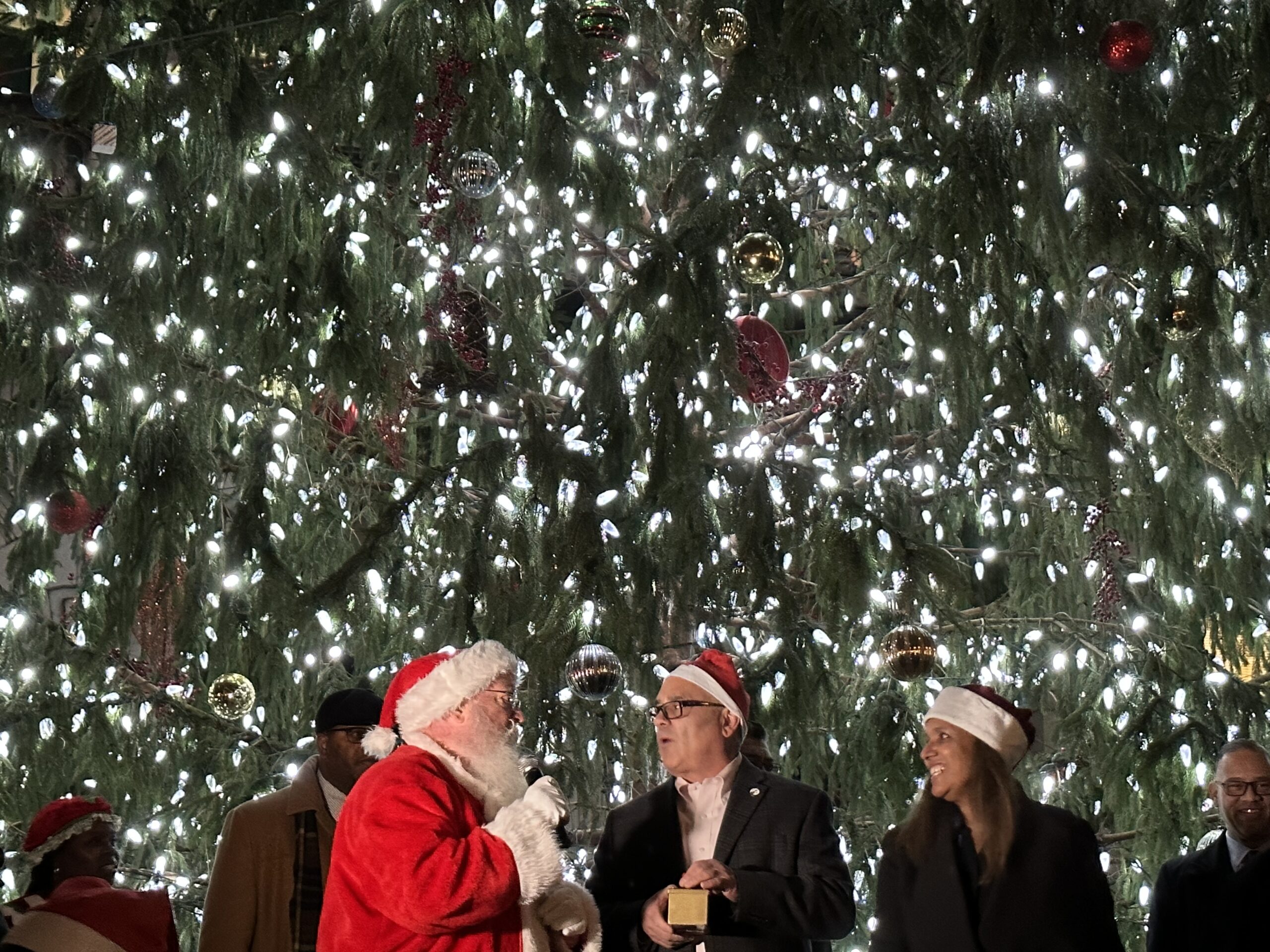 First, guests made their way over to Angel Island on the corner of North Warren and Perry St., where the restored statue of St. Michael was revealed. Trentonians continued the fun on Angel Island, where refreshments and giveaways available for attendees. Afterwards, the crowd made their way over to South Warren St. for the last chapter of the celebration. The businesses in town offered extended hours for this event, giving locals an extra window to enjoy some of our city’s finest establishments. Guests also got to enjoy seeing the street lit up with dazzling holiday décor for the evening’s final lighting ceremony.

Events such as these are critical for our city – by letting down our walls, celebrating with one another, and engaging in true community, this is how we build bridges. Per Maria Richardson, Director of the Dept. of Recreation, Natural Resources, and Culture, ” This is a celebration of tradition, and it’s a way to bring this community together, to show the diversity of our city and how we can come out and celebrate something together. This is about togetherness and celebration.” Continuing on, she noted “This is a special time of the year, it’s sad for some people, so this is a way to bring a little bit of joy to people.”

Richardson’s words couldn’t ring more true – after a year of struggle for so many Americans, we could all use a bit of joy and light in our lives. If for just a little while, celebrations like these allow our community to cast off their burdens for a bit and enjoy one another’s company. The beautifully-lit tree in front of City Hall is a striking reminder of our city’s bright future, so let us carry this joy with us now and far beyond the holiday season. 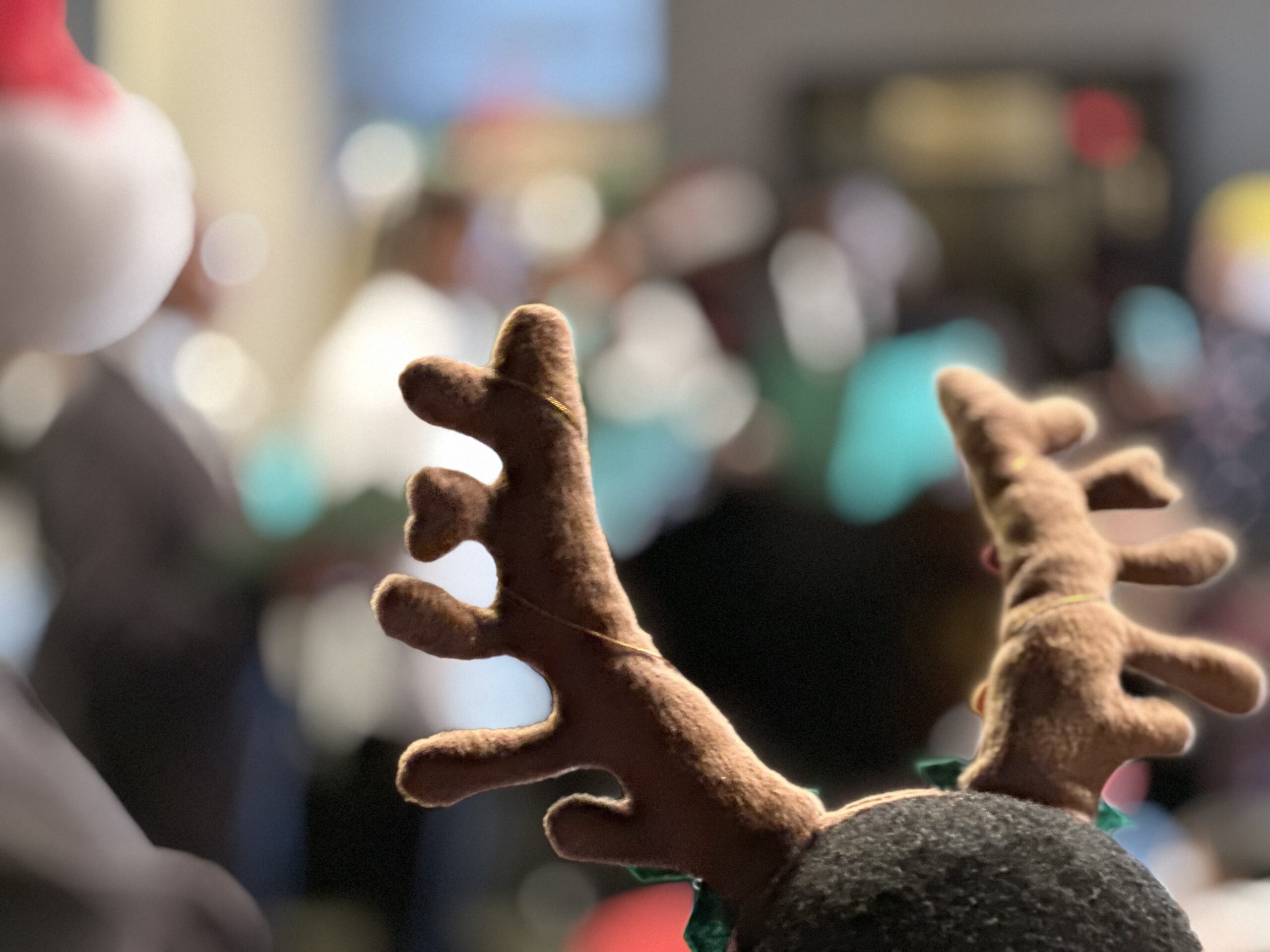