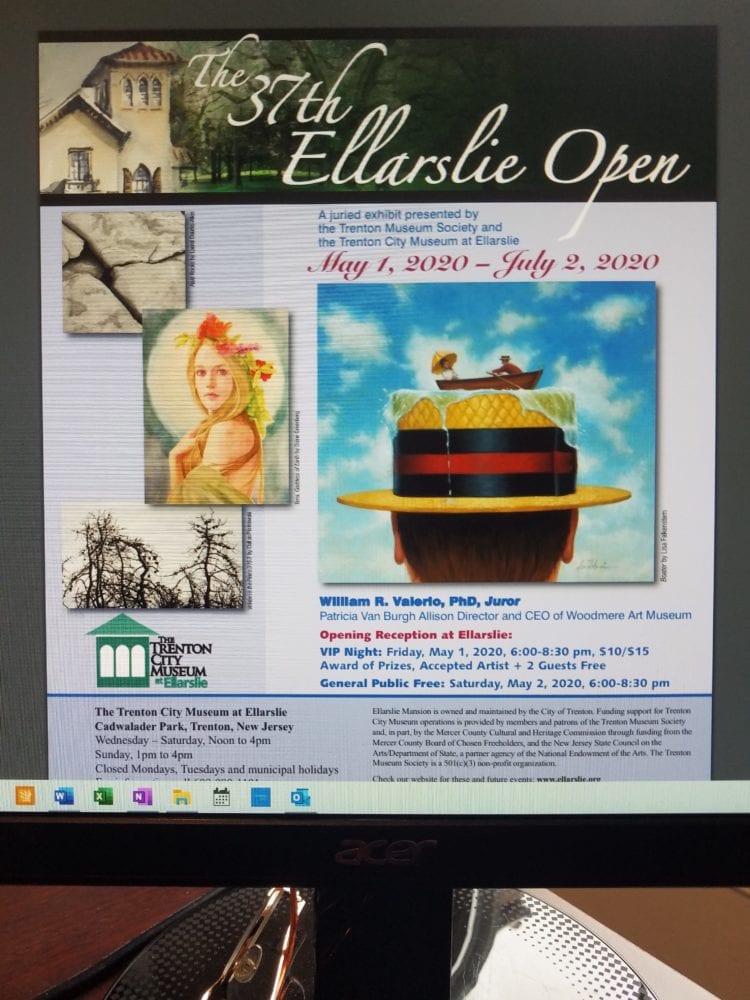 The Trenton City Museum at Ellarslie Mansion’s Open 37 extravaganza gets underway with the receipt of artwork on March 20 through 22 for a juried exhibit to be mounted in May. The entire competition is sponsored by the Trenton Museum Society and The Trenton City Museum, who invite artists from Trenton, the Delaware Valley region and beyond, to have their work shown in one of the region’s major exhibition venues.

Artists may submit recently-produced works in most media (not film or video). Awards and prizes will be given in 10 categories. Submissions are limited to six works, with no more than two from each judging category, as detailed in the prospectus available to view and download. Prospectuses are not sent through the mail, so please notify any friends who may not have email access. Print copies are available at the museum.

The Juror is Dr. William R. Valerio, Head of the Woodmere Art Museum
(Philadelphia) since 2010, who has led that museum into its increasingly vital presence in the cultural life of the region. As the museum’s Patricia Van Burgh Allison Director and CEO, Dr. Valerio has overseen the organization of nearly one hundred exhibitions while expanding and digitizing its collection. Efforts to elevate the visibility of Philadelphia’s artists and the shared appreciation of the city’s unique art and history have led to the Woodmere’s dramatic growth of diversity in program and audience and its steady expansion of attendance, membership, and community involvement.

For questions, contact Curator Joyce Inderbitzin at exhibits@ellarslie.org or 609-989-1191 or visit www.ellarslie.org.