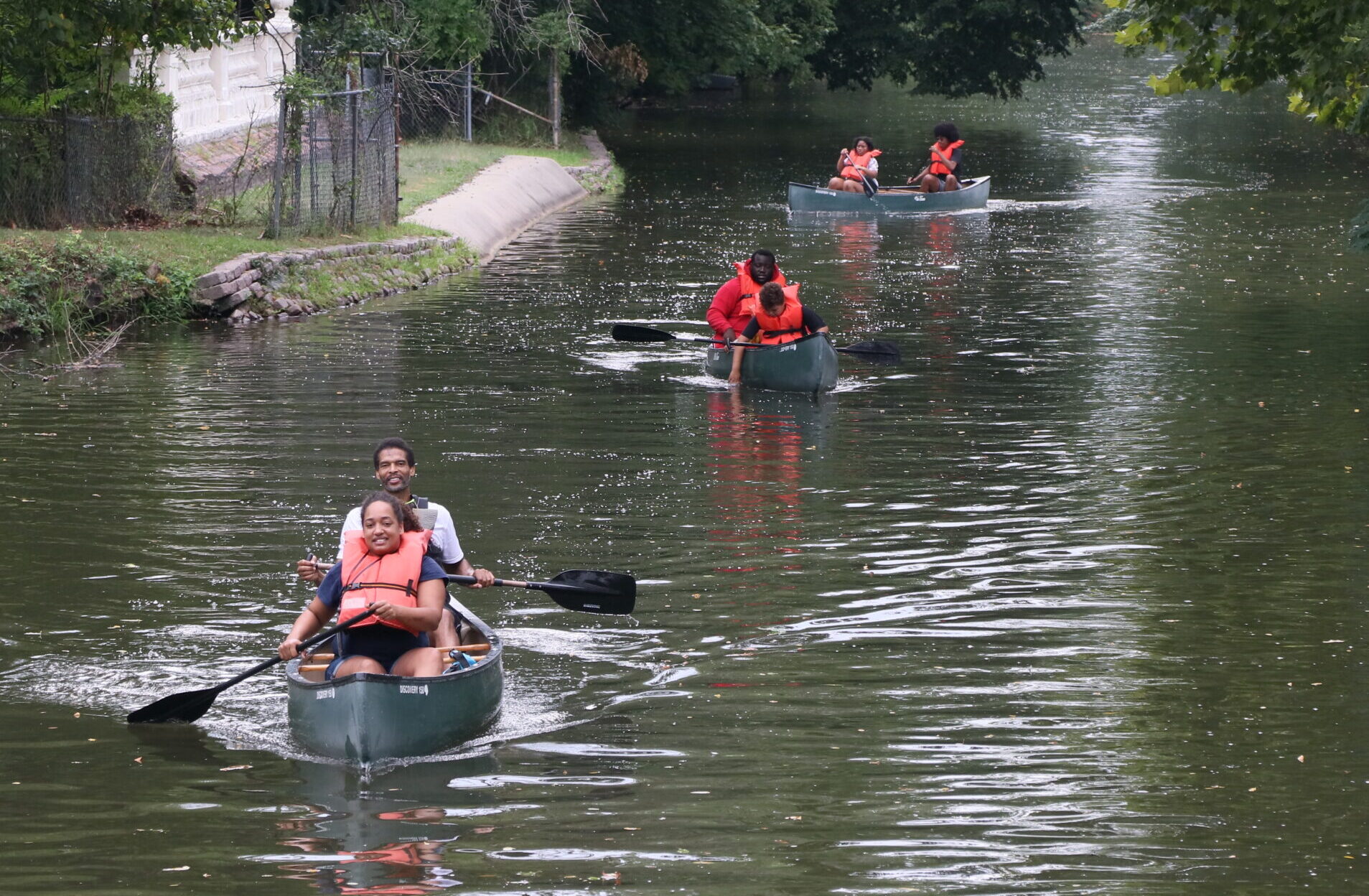 If you are looking for a fun end-of-summer activity this labor day week, look no further than Cadwalader Park and the Boating Program hosted by the Department of Recreation, Natural Resources, and Culture.

For the past four weeks, Ed Butler, the coordinator of the Trenton canoe program, lugged out canoes and kayaks for Trenton residents to try for free.

“It’s great to get families out that have not come out. There’s some families or some individuals that did this when they were kids…They went to Camp America, or they went to the Boy Scout camp or the Girl Scout camp, and they were able to get out, and they haven’t done it since they’ve been four, five, six, seven or eight years old,” Butler said.

He explained that being out on the water unlocked memories. “The gentleman with me was like, this is the first time I’ve done this since I was nine. So I said, Well, we’re going to make everything come back,” Butler said. That gentleman was Micheal Laster, a Trenton resident who remembers back in the ’70s when Trenton would pull out the duck boats.

“I just went canoeing for the first time,” Laster said. “When you get in the water, and you haven’t done that since he was five or six years old, especially as a first time on a canoe with group people who know what they’re doing. And everybody’s in a great mood, and the weather is perfect. It’s like you are there with your maker and not dead.”

“We are just introducing this canal to the people here. I think it’s underused. I’ve been on it a while. When I’m here, I’m the only one here. I rarely see anyone else…it’s a completely different world to get out here in this little canal. It just changes your perspective on Trenton,” Purvis said.

There were a lot of first-time boaters as well. Cheyenne Callahan, Trenton resident, brought her son and her nephew out.

“This is my first time, you know. I want to bring the kids out to enjoy themselves and do something they have an experience with. So you know, this is good for the family, you know, to learn something new, or just to come out and enjoy, you know, the city,” Callahan said.

Then D&R canal runs through the heart of the city of Trenton. However, it is a different world on a boat in the middle of the channel. Butler explained that it was because the canal acts as a natural berm. To show the effects of this, the team does a listen-and-hold exercise where everyone stops and listens to their surroundings.

“The kids say are we in Princeton, or are we in Lawrence, and I’m like why do you say, and they say because it’s so quiet, and it’s a peaceful place to be… This is our peaceful place,” Butler said.

You can catch Butler, and this program below the Cadwallader Park playground from 9 a.m. to 1 p.m. every Sunday, including today. It is not too far of a walk if you park next to the pavilion and walk to the canal.