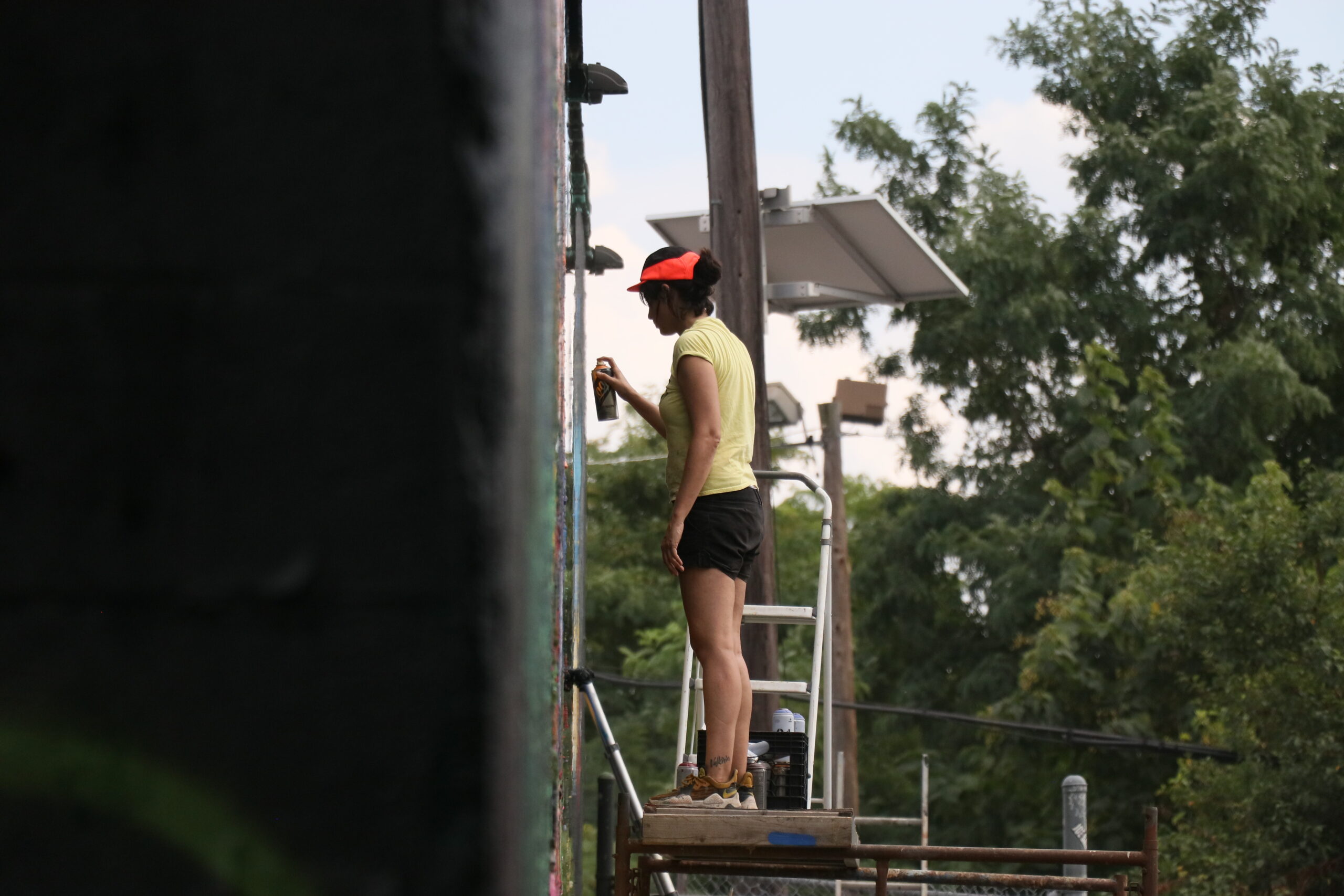 At TerraCycle, the sound of shaking cans, the smell of spray paint, and the feeling of a creative space being open to any idea, only means one thing: Jersey Fresh Jam is about to give TerraCycle’s headquarters a whole new look.

New Jersey’s premiere Hip Hop festival brought artists from across the county into Trenton’s backyard. Anthony Richards, otherwise known as Ant LIVE!, is a Trenton and appeared as the performing artist to rap his lyrics as graffiti artists worked their magic.

“We have artists out here from everywhere. I met an artist from Spain who doesn’t even speak English…where else can you see live graffiti,” Ant LIVE! said.

It brought artists like Northern Sycuok from New York to work with friends on different murals.

“Trenton’s a great town; this is my first time here. It’s one of the greatest New Jersey cities ever…reminds me of a lot of different states and cities in one place, like a hit to Jersey City, Detroit, New York, and California…I guess you could say Trenton is like the mecca of street art,” Sycuok said

The event was set up by Trenton’s most notable graffiti artist, Leon Rainbow. It brings residents out to meet and watch artists as they turn a wall into a mural.

“It’s one of the only live art events, so it gives people an understanding of people’s processes,” said Rainbow. “Just a way into how artists think and create. I hope it inspires other artists, especially younger artists in the city of Trenton, like see how people are doing it and like, Oh, this is amazing.”

Artists weren’t just creating on the walls, they moved to the garage doors, the fences, and a few even worked on cars brought in by Trenton residents.

Avery Nice, Trenton Artist, was working on a car as he talked through his process. He explains that it is a different process to work on a vehicle due to the smooth surface of a car.

“It’s a smooth surface already painted with a shellac, and it creates a different surface. But you know, you work with it. Then when you coat it afterward, it can be, you know, successful and sticking around,” Nice said.

He was working on Trenton Resident Kalila Booker’s car, replacing a simple red paint job with a graffiti blue, orange, and green design. She explained that she was excited to have a Trenton artist working on her car.

“It’s important because we still have a bad stigma associated with Trenton. I feel it depends on if you’re not really from the area and you’re not in tune with what goes on in the city because of the negativity that always outshines the positivity that happens,” Booker said.

She continues, “so to me, I don’t mind having my car be branded with a positive event that happens where other people get to ask me possibly, Where did you get that? When did that happen…I love to be able to flex whenever I can with my city.”

The festival brought people like Kenny Johnson, a Philadelphia Resident, to Trenton. It was his first time at the event.

“I’m just enjoying seeing their process. You know, the way that they work in the different colors, you know, and they’re all welcoming like if I go up and I asked them, you know what they’re doing, you know what their concept is. They’re willing to talk to you about it.”

Nice explained that that was part of the charm. “It’s very important because what it does is it transcends the average Walker buyer see-er to this art form to be a part of it…What Jersey fresh jam does is it opens that door and lets you walk through it and speak to guys like me,” Nice said.