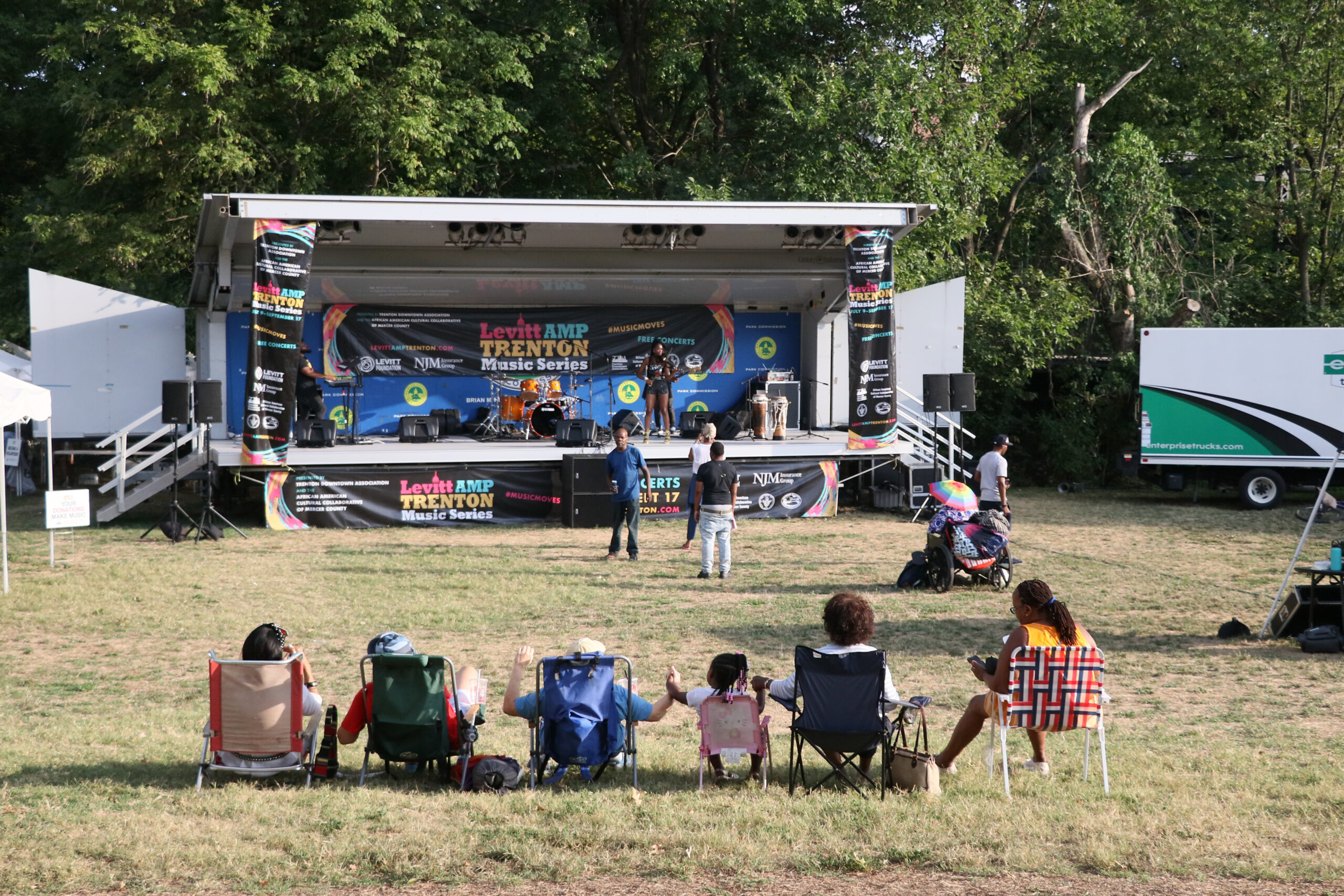 The last week in August saw Levitt AMP bring Hip-Hop to Trenton with artists near and far.

Bri Blvck, a Trenton performer moved from North Carolina six years ago, opened The Levitt AMP concert this weekend as she serenaded Trentonians with her violin.

“I’ve been in this city for six years now. And I came here to pursue my Music. I was looking to move to New York and follow that dream, but I ended up in New Jersey, and I love it here,” Blvck said.

Blvck’s music is a mixture of instrumental hip-hop, rap, classical, jazz, and enough gospel to make people want to raise their hands and sway. “She reminds me of Noel Poynter, a jazz violinist back in the day…so I like her,” said Marvin Ross, a Trenton resident who attended the event.

Blvck explained that she wants her music to heal, inspire, and move people as she moves with her violin on stage.

“It’s important to bring hip hop into Trenton because it’s a story of resilience. If you know anything about hip hop, it came from people, disadvantaged communities, not having spaces to celebrate themselves feel comfortable in the disco era,” Blvck explained.

She continues, “they couldn’t go into the disco clubs and have fun and enjoy themselves. So they took those records, remixed them, and made their dance breaks. And so it’s a story about innovation and survival… That’s why hip hop is the number one genre in the world right now. It’s a beautiful thing, and I love it.”

She was followed by B. DeVinchi, a Trenton artist who has volunteered at Levitt AMP since the beginning.

“I’ve been a part of Levitt Amp Culture since it came to Trenton. I used to volunteer, but I’m a musician, they never knew that. So it was like I’ve been trying to promote like like Kanye. ‘Listen, I rap, put me on stage.’ So after four years, they gave me my shot,” DeVinchi said.

DaVinci has been making music for years as he worked throughout the city of Trenton. He explained that his music and the city are intertwined.

“Like I tell everybody, Trenton is the land full of geniuses, but many of them didn’t get to fulfill their dreams. So it’s a lot of silver lining and a lot of trauma—a lot of stories to be told. A lot of stories that haven’t been told,” DeVinchi said.

As people danced in the night, the headliner ADH a lyricist who combines elements of Afrobeat, African percussions, jazz, and hip-hop to create his signature sound, came on the field.

ADH calls this unique fusion of culture and sound Afro-hop. Jaisy Onollo, a fan who followed ADH down from Philadelphia, explained the experiences as profoundly personal.

“Sometimes it feels like we live in two different worlds, being African in America and American in our African culture. So I feel like it’s a blend of those cultures. And a connection between two different personal experiences,” Onollo said.

According to the Trenton Downtown Association, over the years, ADH has worked with various artists, including Eugy, Vector, Ice Prince, Wise Intelligent, and many more. The song “Man Dem” elevated him to new heights as it was featured on Okay Africa, Heavy Hitters playlist, Shade 45, and many other national and international platforms.

“It’s always nice to be performing with a live audience, just tapping in with a bunch of people that don’t know me. That’s my favorite part about performing live,” ADH said.

There will be no concert this weekend due to Labor Day. Still, next weekend A triple bill of jazz artists will preform on the Levitt AMP Stage on September 10. Be there at 5pm when headliner, trumpet player Alex Parchment, is joined by the James E. White Band on top of international jazz and R&B vocalist Jackie Greggs and her band.

The Levitt AMP Trenton Music Series is supported in part by the Mortimer & Mimi Levitt Foundation, which partners with towns and cities across America to activate underused public spaces through the power of free live music, creating a welcoming, inclusive destination. Local presenting sponsors include NJM Insurance Company, along with the support of the City of Trenton, the Mercer County Park Commission, Greater Trenton, and TrentonDaily.