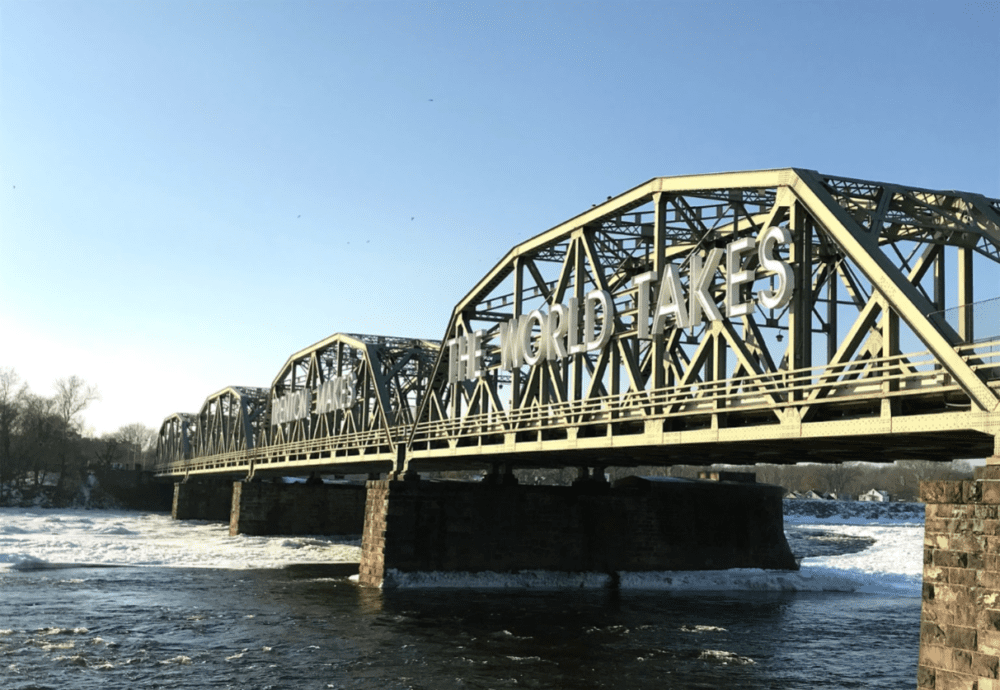 Colonel Washington Augustus Roebling was an American civil engineer, Trentonian, and war veteran. He is best known for the construction of the Brooklyn Bridge, which was passed on to him after his father John A. Roebling passed away.

For Historic Trenton’s Day in the Life, we’re looking back through newspapers from the beginning and examining everyday problems, solutions, and needs during historic Trenton’s past. Today, we are looking at the history of Col. Washington Augustus Roebling.

Serving in the Union Army as an officer during the American Civil War and present at the Battle of Gettysburg, Washington Augustus Roebling “…was also present at Antietam and South Mountain, during which time he built a suspension bridge for the Shenandoah River at Harper’s Ferry. When the Confederates captured the bridge, the entire flooring system was destroyed,” writes Eleanore N Shuman, Author of The Trenton Story.

After 1863, Col. Roebling was attached to the Second Corps and later was a member of the staff of the Fifth Corps with Maj. Gen. Gouverneur K. Warren as he commanded. Col. Roebling would ascend in the air in a hot air balloon and watch the movements of the Confederated Army. He was among the first to discover General Lee was moving toward Pennsylvania.

After the war, he moved back home to work with his father in constructing the Cincinnati-Covington Bridge (now the John A. Roebling Suspension Bridge). He spent his post-war days traveling Europe, researching wire mills, bridges, and caisson foundations until his only son, John A. Roebling II, was born. He headed home to become an assistant engineer on the Brooklyn Bridge and worked with his father until John Roebling passed in 1869.

Using what he learned in Europe, Col. Roebling took over as head engineer, improved the designs, and developed building techniques. However, misfortune wasn’t through with him yet; as a fire broke out from within one of the caissons, Roebling directed the efforts to extinguish the flames.

According to his Wikipedia page, after working in compressed air in these caissons under the river caused him to get decompression sickness (“the bends”), shattering his health and rendering him unable to visit the site. Yet, he continued overseeing the Brooklyn project to completion in 1883. Besides the bends, he may have had other afflictions, possible neurasthenia, side effects of treatments, and secondary drug addiction.

He would be absent from the project, and his wife, Emily Warren Roebling, had to take over. She had taught herself bridge construction and worked on many chief engineers’ duties, including day-to-day supervision and project management. Although the couple jointly planned the bridge’s continued construction, Emily successfully lobbied for the formal retention of Washington as chief engineer.

Shuman writes that even though Col. Roebling is known for his feats in the Civil War and the Brooklyn Bridge, he was an avid crusader for the city of Trenton. “What is often forgotten are the other characteristics he displayed, for he was a loyal citizen of Trenton who invested in the city because he had confidence in its financial stability and commercial future. He gave to local charities and institutions that improved the city.”

The Trenton Times writes in 1921 that Col. Washington once again has become the guiding genius of Job A. Roebling’s Sons’ Company as he launched plans to enlarge the facility. By that time, Col. Roebling’s wealth was estimated at approximately $20,000,000. Following the sudden death of another nephew, Karl Gustavus Roebling in 1921, Roebling again became president of John A. Roebling’s Sons Company at age 84. He died in 1926, after being bedridden for two months, at age 89.

On September 1, 1939, the world would change as Nazi Germany invaded Poland, sending the Continent of Europe into anarchy and war. Join us next week to learn about how the Roebling Factories were transformed into a Wartime Machine.