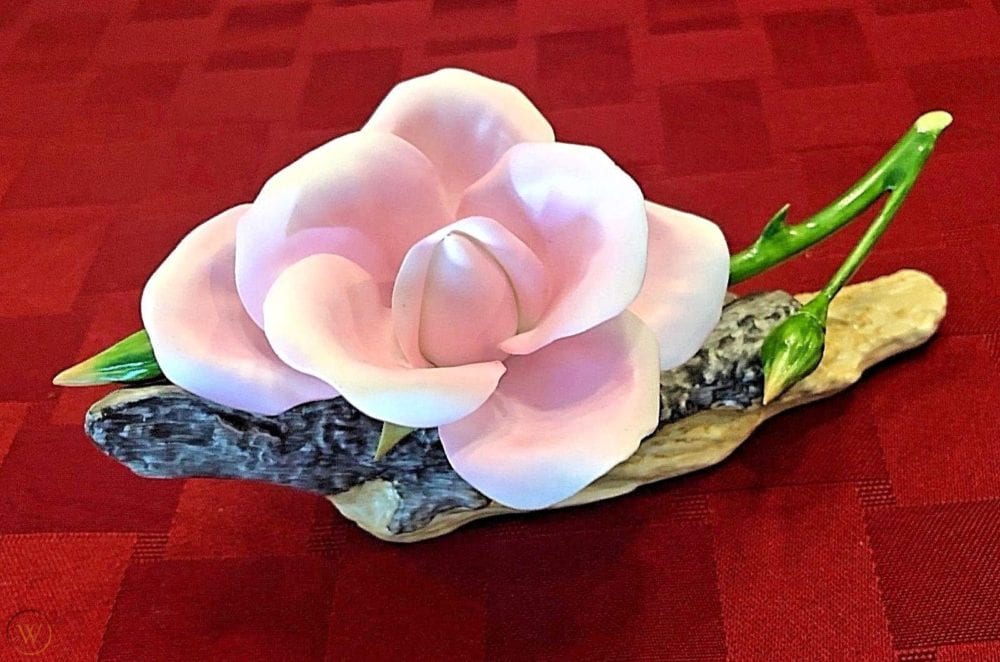 Helen Boehm was an American businesswoman who helped market her husband’s porcelain creations to people all over the world. The work of their family can be found in the White House and in the homes of world leaders across the globe. Given the nickname “Princess of Porcelain,” Mrs. Boehm’s quick thinking and marketing strategies have allowed their products to become standard offerings from United States Presidents to foreign dignitaries.

In 1944 Boehm married Edward, a veterinary assistant who created sculptures of animals in his free time. They lived together in Trenton, New Jersey and in 1950 (after Helen borrowed money from a customer) and founded E.M Boehm Studios out of the basement of their home.

Mr. Boehm stated at one point that “Porcelain is a permanent creation. If properly processed and fired, its colors will never change; and it can be subjected to extreme temperatures without damage. It is a medium in which one can portray the everlasting beauty of form and color of wildlife and nature.”

The family’s first true success would come in 1951 when the Metropolitan Museum of Art in New York purchased two pieces to be featured in its “American Wing.” From here on out Mrs. Boehm would take on all aspects of marketing for their business. She continued to sell statues to the Metropolitan Museum of Art, and even managed to procure an invitation to the White House where she offered a porcelain bull to Mamie Eisenhower.

On January 29th, 1969 at the age of 55, Mr. Boehm passed away from a heart attack leaving Mrs. Boehm to take over operation of the company. She continued to maintain the “Edward Marshall Boehm” logo and later that year oversaw the creation of The Bird of Peace, which was given as a gift to China during President Nixon’s visit in 1972.

Statues created following the passing of Mr. Boehm were owned by people like Mikhail Gorbachev, Queen Elizabeth II and Pope John Paul II. In 1985 Mrs. Boehm published her autobiography titled “With a Little Luck: An American Odyssey,” and in November of 2010 she would unfortunately pass away from Parkinson’s disease at the age of 89.

The legacy of the Boehm Family still lives on to this day, as their many statues are still available for your viewing pleasure at http://theboehmshowroom.com or at Boehm Porcelain located at 25 Princess Diana Dr, Trenton, NJ 08638.