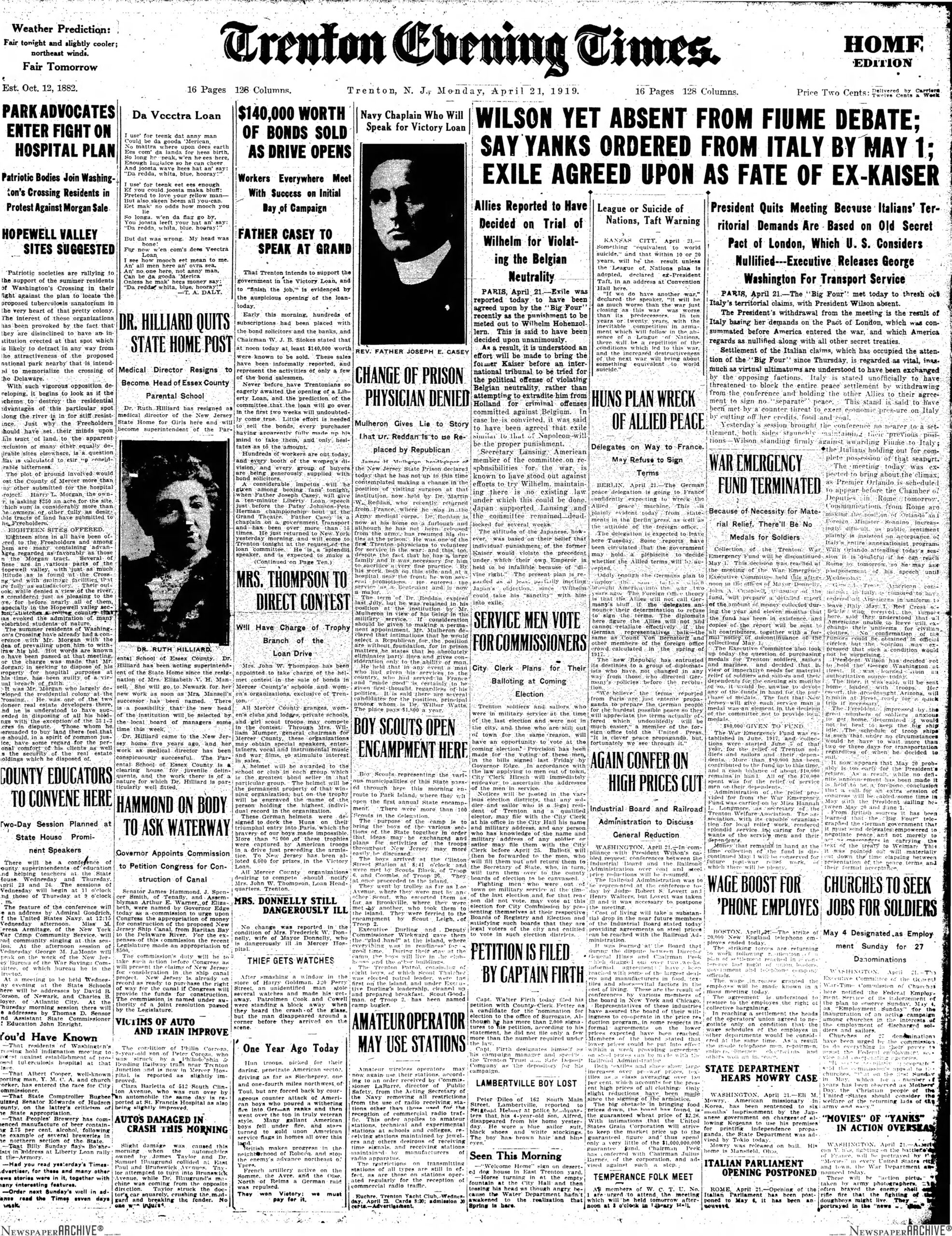 For Historic Trenton’s Day in the Life, we’re looking back through newspapers from the beginning and examining everyday problems, solutions, and needs during historic Trenton’s past. We head back to Trenton Evening Time on April 21, 1919.

Early in the morning, hundreds of subscriptions had been placed with the bond solicitor and the banks. This was led by Trenton’s support of the US government in the Victory Loan of 1919, a bond issue intended to help pay for World War I. Chairman W.J.B Stokes stated that at noon on April 21, 1919, at least $140.00 ($2,410.21 in today’s money) worth was sold. According to the The Trenton Evening Times, never before had Trentonians rallied for this cause.

In other news, the men returning from the war overseas in Europe, wanted to vote in the 1919 election. After discussions, the city decided that those in the military and out of the city during the last election would be able to cast their ballots in Trenton. In a bill signed by Governor Edge, provisions were made for those who wished to vote but could not do so in the next election. Those in the military serving overseas were able to head over to City Clerk Hirsh and file with him.

Over a hundred Boy Scouts came to Trenton representing various municipalities across New Jersey as they headed to Park Island. As they moved throughout the city, eight scouts from Trenton joined in.

In an interesting turn of events, women across Mercer County competed to win German Helmets sent to the United States seized after the armistice in Paris. American troops captured over 95,000 helmets and New Jersey received about 6,000.  The contest was to determine who could sell the most bonds of all Mercer County schools and women’s organizations. After the contest was completed, the helmets were given to the schools or organizations that had held the highest amount of war bonds sold.

On a strange note, a horse was causing a disturbance at the empty fountain at city hall, tossing his head angrily at the sight of no water and a welcome home sign was seen on a deserted dog house in an East Trenton yard.