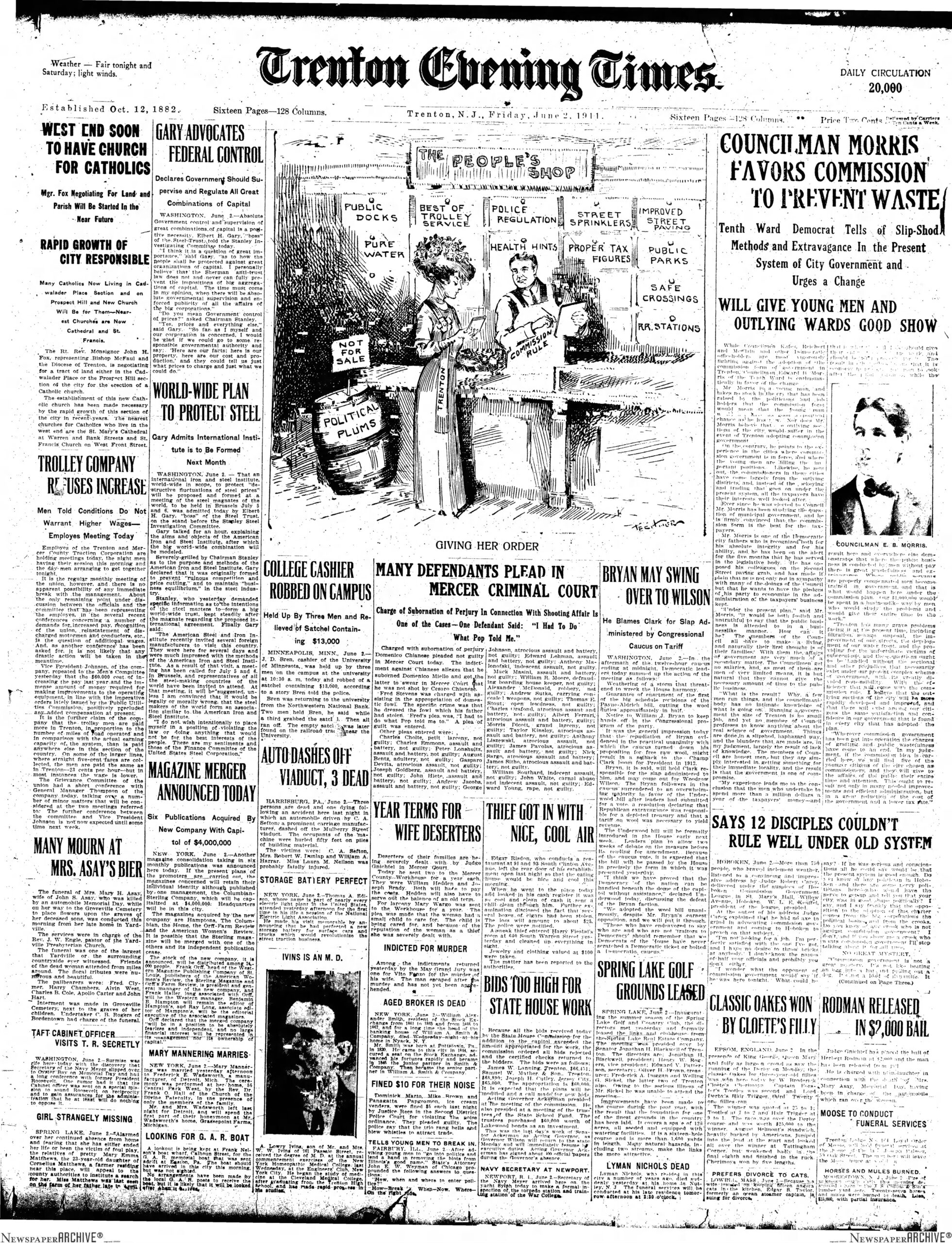 For Historic Trenton’s Day in the Life, we’re looking back through newspapers from the beginning and examining everyday problems, solutions, and needs during historic Trenton’s past. Today, we return to June 2, 1911.

The Rev. Monsignor John H. Fox was negotiating for land to build a new Catholic church in Trenton. Fox was representing Bishop McFaul and working with the City of Trenton for land either in Cadwalader Place or Prospect Hill. The building of this church signaled a rapid growth of Catholics coming to Trenton during the early 1900s. At this time, the closest Catholic churches were Saint Mary’s Cathedral on Warren and Saint Francis Church on West Front Street. Currently, there are 13 Churches across the city of Trenton.

In other news, employees of the Trenton and Mercer Traction Company were holding meetings. What was noteworthy, however, were the demands made to the Trenton and Mercer Traction Company. The workers were petitioning the company for higher wages, the recognition of the Union they formed, and the reinstatement of discharged motormen and conductors. However, Vice President Rankin Johnson explained to the men that due to the $60,000 cost of increased pay the year before and improvements on the rail lines, they could not complete the demands and increase wages again.

Trenton Schools added additions to two buildings and increased teachers’ pay for the next year at the Board of Education’s regular meeting. Meanwhile, Thomas A. Edison, whose name was part of nearly every electric light plant in the United States at the time, attended, for the first time in his life, a session of the National Electric Light Association in New York. Of course, today Thomas Edison State University bears the name in honor of the great inventor who lived in New Jersey for the bulk of his adult life and gained tremendous knowledge of various subject areas through self-directed learning.

Lastly, Trenton residents were asked to look for a boat drifting down the Delaware River from Easton. The G.A.R Memorial Boat was expected to be seen early in the morning but not yet spotted.