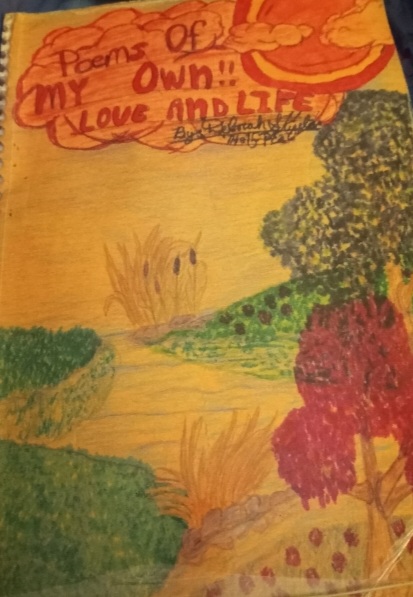 Poetry often comes from callous hands and damaged hearts. It speaks softly to pain and whispers healing to the broken. No one quite knows this truth better than Deborah Kisela, a published poet who used poetry and arts as an escape.

“I’ve been writing poetry since I was 12 years old. Let’s just say I had a rough upbringing… It was my escape. I write poetry and I do artwork…they were all my escape, it brings me into another world,” Kisela said.

The poetry she writes about now draws on her life.

“I never took drugs. I just drank a lot. I was a teenager. I was an alcoholic. I started drinking when I was 17 and I continued drinking until like 25, and then I stopped,” She has been sober since then, over 32 years. “Well, I had babies, okay, I became a mother.”

Since then, she has continued to write poems. She would get them published with the help of TASK and The Trenton Community A-Team, which helps artists sell their work. “TASK has a lot of services aimed at trying to help our patrons (move) towards a self-sufficient life and towards a better, higher quality of life,” said Jaime Parker, Director of Programs and Patron Services.

“Deb came in and said, Frankie, I got another book,” Lettieri said. “So I was like alright, Deb… she emailed (her poems) to me. We organized them, got them formatted.” Lettieri explains that they collect the proofs to send to an independent publishing company. “I worked with Deb, got her headshot, you know, for the back of the book and wrote a little bio about her. And yeah, then the rest is just letting the print shop do what they do,” Lettieri said.

“Creative writing, to me, is really a way for people to express themselves in maybe it’s a moment that they’re feeling that way,” Lettieri said. “Maybe it’s longer than that. It’s a way for them to express their emotions, to express stories. Sometimes it’s fictional…and that’s great, and then sometimes it’s more autobiographical.”

In total, Kisela has written 78 poems in her lifetime. “My books are a mixture of all of my poems. I got poems about animals, you know, poems about the ocean, I got poems of trips that we’ve taken,” Kisela said. She explained that her poetry draws from her life and is a way of working through her experiences. “Much of the feelings I’m trying to draw upon is getting out what I have been through in my life. It’s easier to write down on paper than for me to discuss it… I’m one that keeps to myself. But when I write my poetry, it opens me up.”

TASK provides the space and doesn’t collect any money from the profits the author makes. Michelle Wexler, Director of Development and Marketing, explained that they look into helping those that come in. “We’ve sort of provided Deb with everything she needed to get the book published, and then she’s able to market it and sell it for her own profit,” Wexler said.

So far, Kisela has sold nine books and has had her book signing at Classics Bookstore in downtown Trenton. Her book is available for purchase at Classics Books & Gifts, located at 4 W Lafayette Street, Trenton.

Her advice to those going through addiction is simple. “You can do anything you put your mind to, and you’re not a bad person. Nobody’s a bad person,” Kisela said. “They do bad things, but they’re not a bad person. So I say, look deep inside yourself. Because there is somebody else in there that’s willing to come out that could make you feel better.”