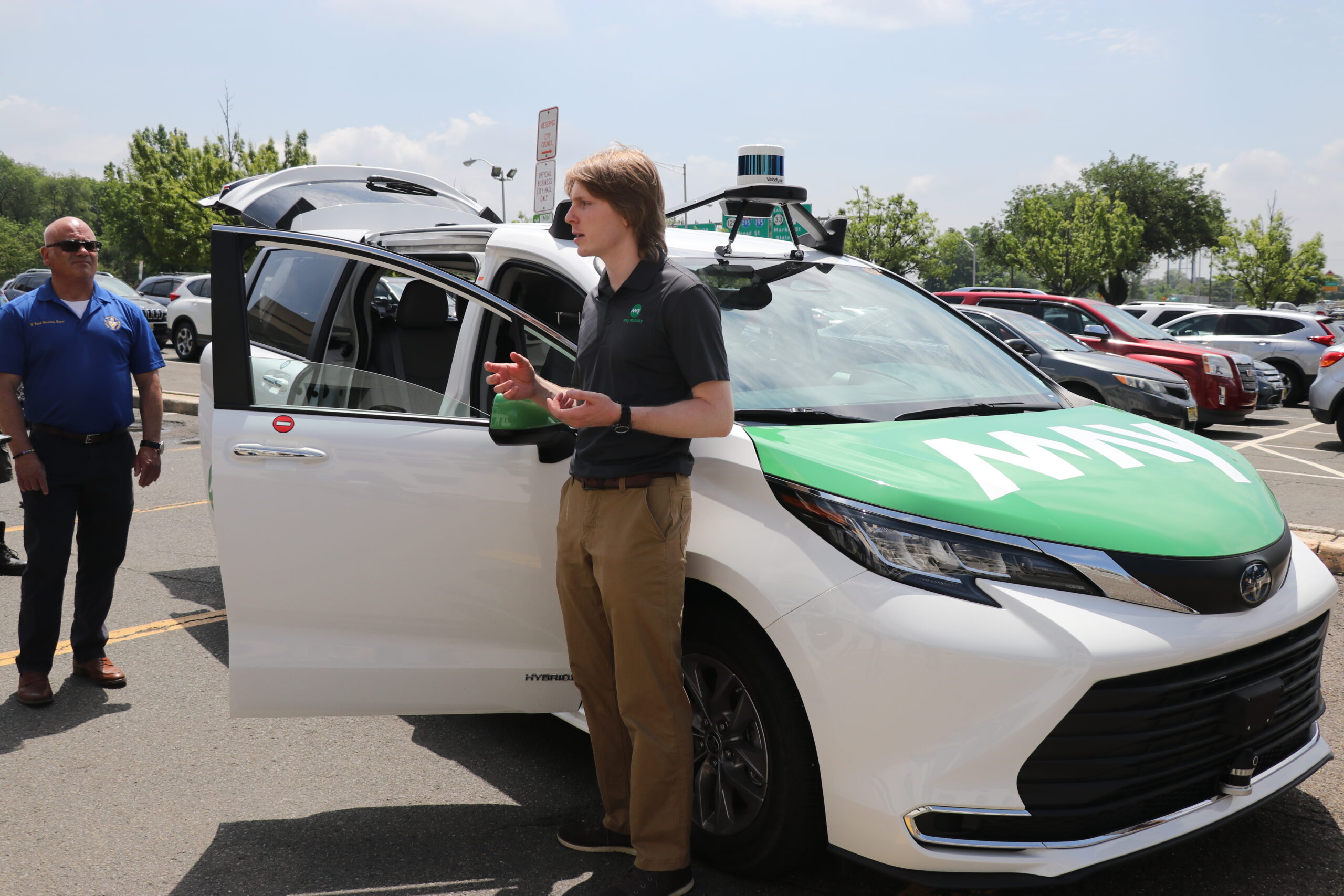 The City of Trenton unveiled the next steps in making Trenton MOVES possible for Residents. Trenton MOVES is a Transportation initiative that is looking to bring autonomous vehicles (A.V.s) into Trenton’s city.

“A couple of years ago, we teamed up with Dr. Kornhauser after he had a symposium in Princeton on autonomous cars. We soon learned that the state and the federal government are offering a grant to have a demonstration of an autonomous vehicle. And Trenton applied, and Trenton got accepted,” Mayor W. Reed Gusciora said.

It was a $5 million NJDOT Local Transportation Project Fund Grant for the Trenton Mobility & Opportunity: Vehicles Equity System (MOVES) Project. The grant to the City of Trenton supported the planned start-up and eventual deployment of 100 A.V.s that will provide an on-demand automated transit system to serve the 90,000 residents of Trenton.

Dr. Alan L Kornhauser, Director of the Program in Transportation and Faculty Chair for Princeton Autonomous Vehicle Engineering Princeton University explained that this is an opportunity for Trenton to lead the world.

“This an opportunity to take mobility that is being developed around the world…bringing it to the capital city to provide an opportunity for the lives of individuals left behind by the personal car,” Kornhauser said.

In Trenton, 70 percent of households only have one car or no car. This project will allow residents to utilize a new form of low-cost, environmentally friendly, and efficient transportation. The Trenton MOVES project is being developed by the Governor’s Office, NJ Department of Transportation, Trenton, and Princeton University.

“If we succeed here, we can make the rest of Mercer County, we can then replicate that endure Camden, Perth Amboy, throughout the state, and in fact, replicate what Trenton does throughout the country,” Kornhauser said.

So far, May Mobility, the company providing the cars, has had success in other cities in Minnesota, Texas, and abroad in Japan. They are looking to test their A.V.s in a two-year trial run in the City of Trenton.

“It’s just an amazing concept, and we’re very proud to have launched in multiple cities…including in Japan. We want to see Trenton…be the example for other cities within New Jersey so that other communities within the state…can benefit from autonomy,” Daisy Wall, director of policy and advocacy at May Mobility, said.

The car works by having a series of cameras, radar sensors, and Light Detection and Ranging (LIDAR) sensors that allow the A.V. to translate information into the software and simulate different ways the surrounding area will impact the car.

“So it’s creating an imagination for the technology, the A.V., so that it thinks about the different scenarios and contextualizes all the different fields around. We combine that data, real-world information, with the technology on the facts to figure out the public domain, and that’s how the technology works,” Director Wall said.

A Field Autonomy Engineer for May Mobility, Nathan Sunbury, said their car has an A.I. that simulates every possibility when driving.

“You think about driving; there are so many things that might happen. A kid might run out into the road. Cyclists come down the wrong way. You never know, and there’s no way to program in every single possible scenario that you might see while driving,” Sunbury explains.

Sunbury said that the A.I. in the car constantly creates new scenarios that could happen and how the A.V. will react to them.

“Multiple times a second, it is calculating what every single agent is going to do, and say, Oh, well, that car goes into the intersection, that’s going to make this car stop, which means I have to do that. There are all these things that you don’t even necessarily consciously think about while you’re driving a car that these shuttles have to be able to handle,” Sunbury said.

The goal is to have the autonomous A.V. in Trenton working hand in hand with residents and present the public transportation to create an easier way to move across the city.

“We want to integrate with current transit systems. We’re looking at where does the bus not go? When does the bus not run? You know, can we go into this neighborhood five miles from the nearest bus stop and collect people and bring them to the bus stop. We’re not going to drive you all the way up to New York but will take you to the train station so you can use existing public transit and strengthen and bolster those already existing systems,” Sunbury said.

Kornhauser agrees. He explained that they would be autonomous, but there would still be an attendant in the car, and they won’t run every day.

“We can only operate them 12 hours a day because it costs money to have an attendant on board. We like to say 350, not 365.25 days…Why? Because D.O.T. shovels the snow for the state. Let’s shovel the snow, and then you can go back… The idea is not to solve the snow problem, the fog problem, or the torrential rain problem… But we can get 350 valuable days of mobility to basically all of the citizenries of Trenton and to do this in a matter in which the vehicle sits and waits to be used,” Kornhauser said.