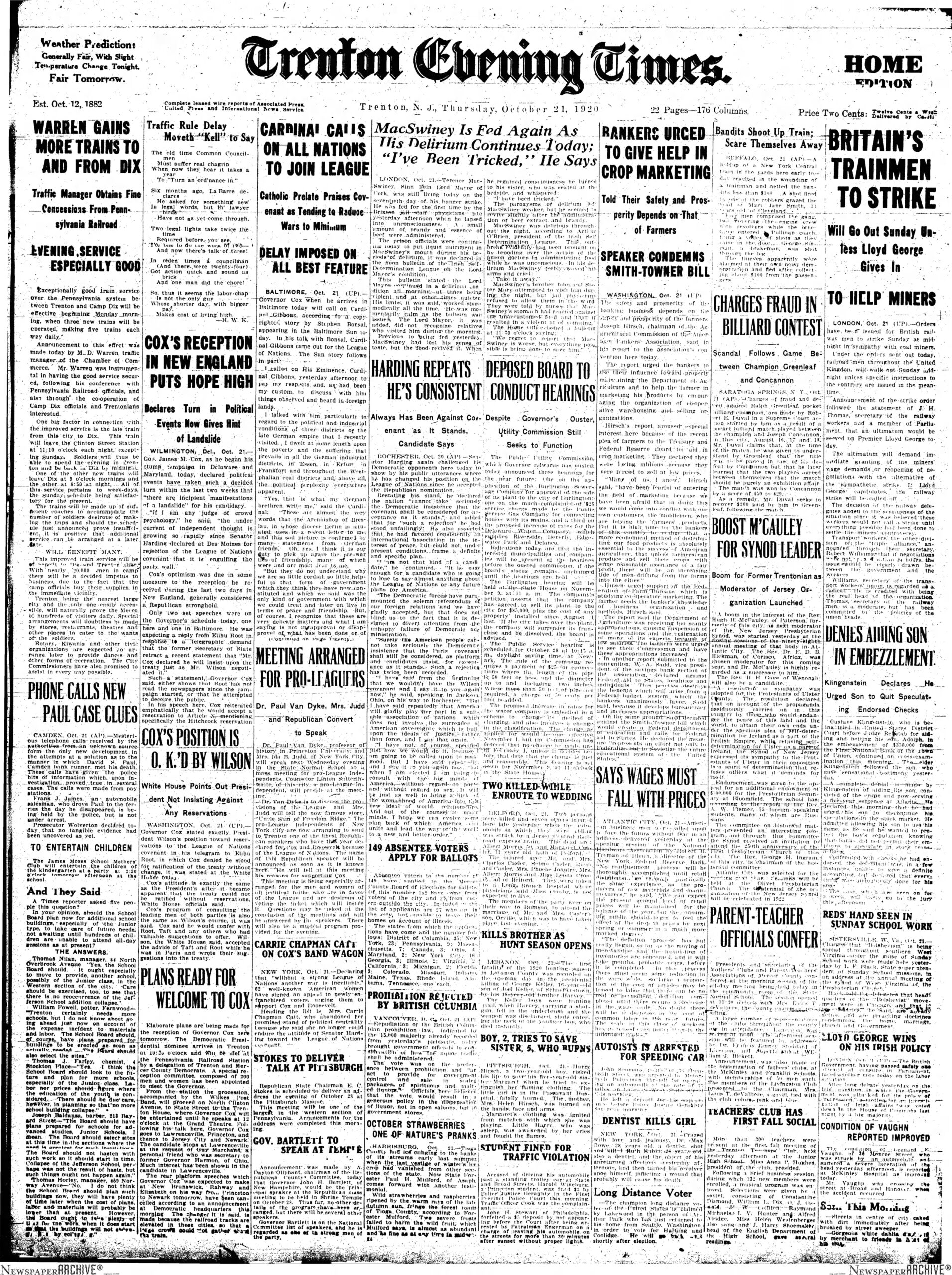 Today, we go back in time to Thursday, October 21, 1920. Some of the top headlines included Warren Gains More Trains to and From Dix, Bankers Urged to Give Help in Crop Marketing, and Cardinal Calls on All Nations to Join League. While the issue featured a wide array of national and internatational news, the smaller sections on the front page featured more localized news like Teachers’ Club has First Fall Social and Boom for Former Trentonian as Moderator of Jersey Organization Launched.

One of the main stories featured a glimpse of history in the making as Governor Cox of Ohio was said to be mirroring President Woodrow Wilson’s opinion on the formation of the League of Nations. The governor explained in a telegram that he stood for ratification of the League without change. The story was followed by an in-depth feature about the elaborate plans being made to welcome the governor in Trenton. At this point, the governor was a Presidential Democratic Party Nominee.

As we read further, we see that Dr. Charles Browne bought a large column on the second page to promote his campaign as the Democratic Candidate for Congress, he boasts that he was elected three times for the mayor of Princeton and his war record. Also, the Stockton Rubble Company filed for Bankruptcy.

In the sports section, the New York Commission suspends 2 boxers, the Princeton Football team lost their scrimmage, and the Trenton High School Football team will face off against the Woodbury High School on Saturday.

From mysterious telephone calls and long distance voting to streets in Trenton being caked with dirt after a street sweeping, the visions of a past city paint interesting brushlines as we continue to take the journey down Historic Trenton’s Day in the Life.