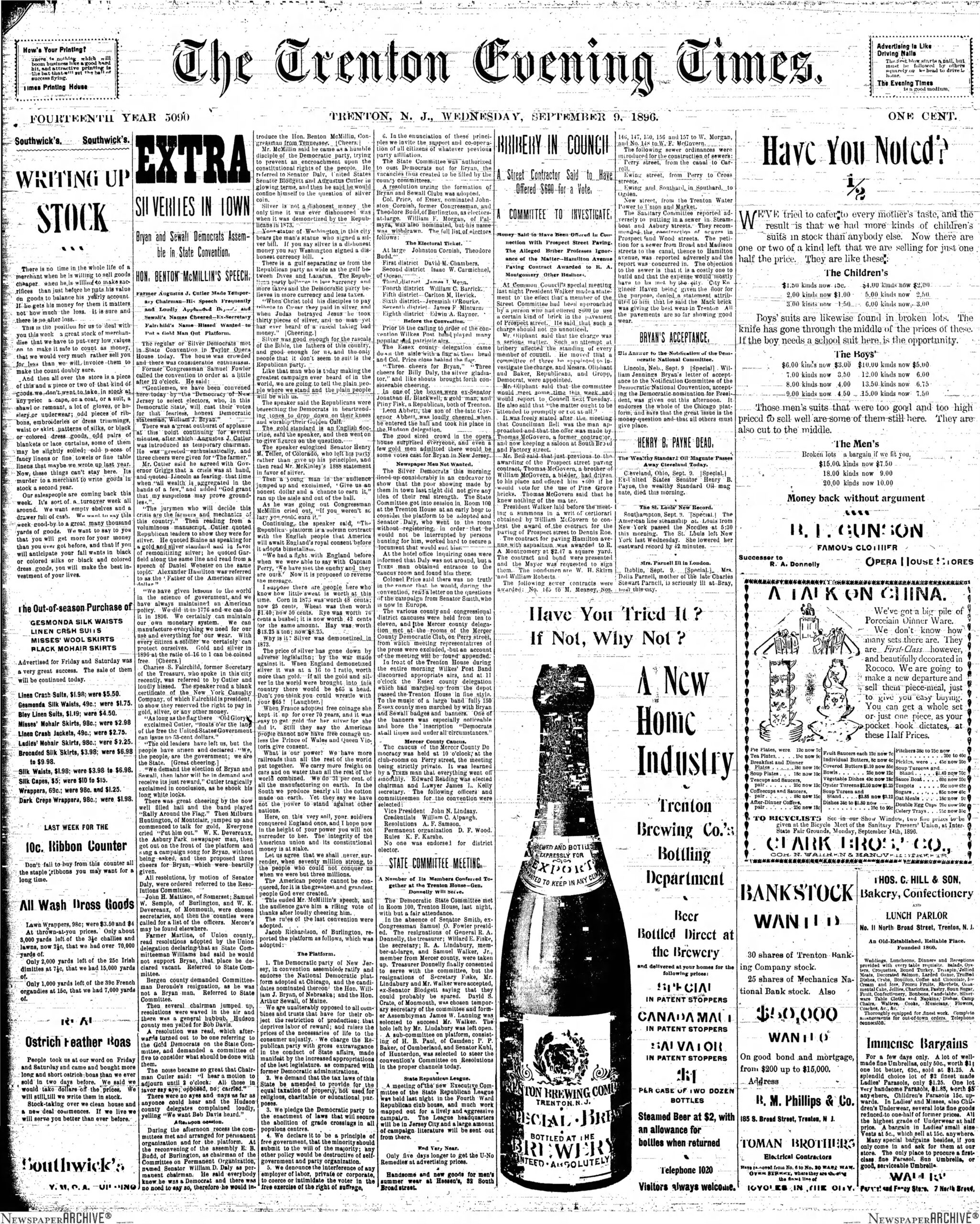 In a new series called Historic Trenton’s Day in the Life, we will be looking back through newspapers from the very beginning and seeing what everyday problems, solutions, and needs were met during historic Trenton’s past!

Today in 1896, the top story on the front page of The Trenton Evening Times was: Bryan and Sewall Democrats Assemble in State Convention; Bribery in Council, a street contractor said to have offered $600 for a vote; and the state committee meeting was held in at the Trenton House.

On the second page of the paper held the sports section. The day’s events were the baseball winning where the Rowleys defeated the Schmitts in the bottom of the eighth, and the captain of the Princeton football team was injured in an incident at practice. On the third page, an article was published about a man who said he had never been sick in over 30 years because of “Ayer’s Catharu pills.”

The Paper published the entire democratic platform adopted in Chicago and William Jennings Bryan’s acceptance letter adopted the platform’s ideology. The Mercer County Democracy was held on Perry Street and was a private event not allowing reporters into the room. “The meeting being strictly private,” wrote the newspaper, “It was learned by a Times man that everything went off smoothly.”