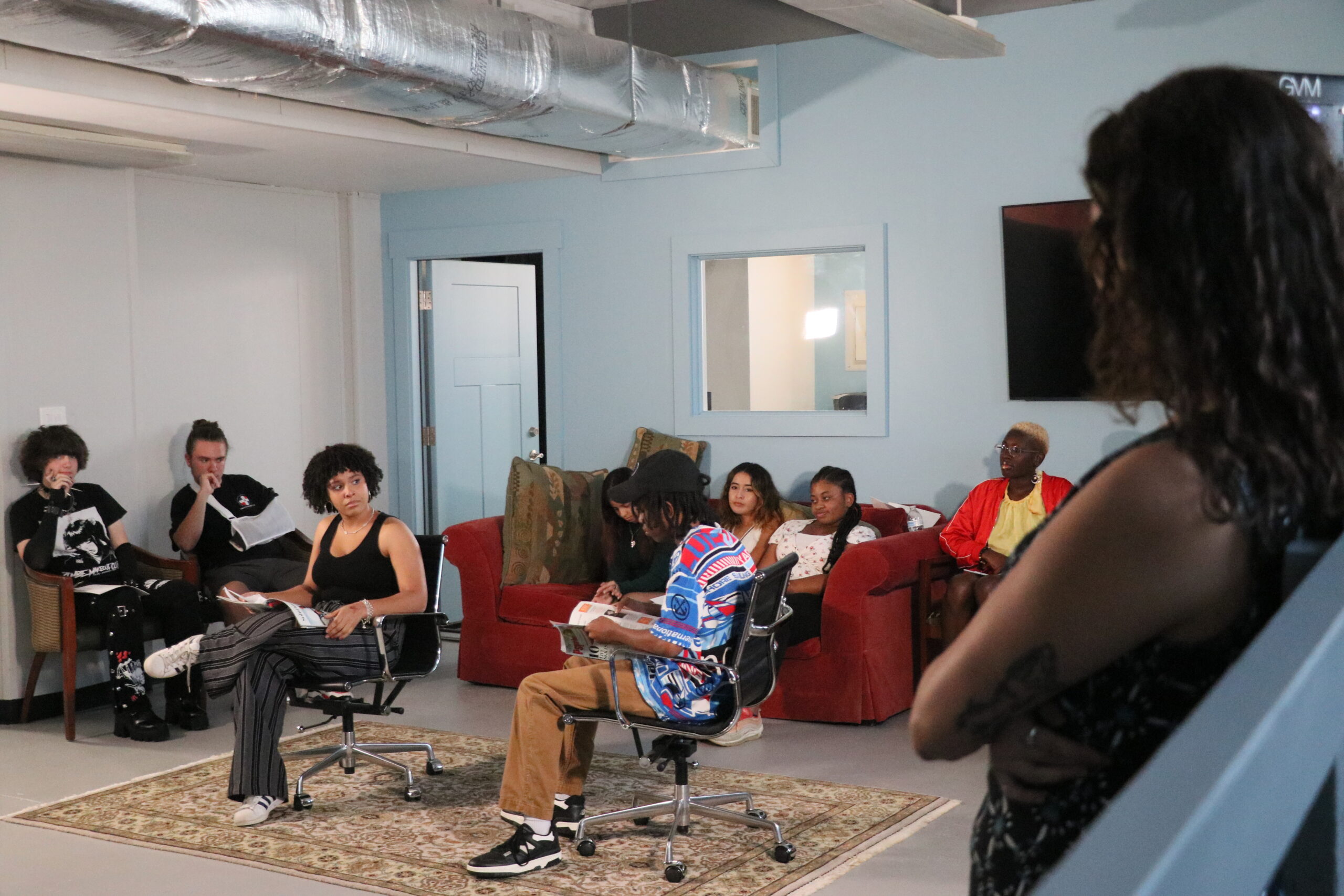 A group of students went from amateurs with a passion to professionals with a vision in the span of ten weeks.

The course was a two-hour-a-week training course in photography and acting at the James R Halsey Foundation (JRHF). Students spent equal parts learning about the camera and as they learning stage presence.

Joseph Halsey, founder and CEO of the James R Halsey Foundation was at the lead, but he said his team made the camp a success. “I don’t do a lot of things great, but I do find great people. So if you find great people, great things are going to happen,” Halsey said.

This was the first time the Halsey Foundation used its headquarters on E. Franklin Street for a summer camp. Students could do headshots and experience both sides of the camera. Steve Tilghman, Chief Technical Officer at the Halsey foundation, explained that the first was strictly learning the camera.

“The first two weeks were strictly basic camera settings, how to take care of the camera, and then we just got into the core settings…getting comfortable with the camera because there’s a lot of buttons on there… it’s easing them into using the camera because it is intimidating,” Tilghman said.

He explained that after that, the class and its students picked up the skills to become successful at their various crafts. “The class just kind of is designed to help them feel more comfortable with the camera and just using the camera,” Tilghman said.

Wednesday, August 24, was the culmination of those efforts as a gallery was set up for parents to come and browse through different photographs. Parents like Kolaya Weeks, Trenton Resident, whose daughter Kayla Weeks has photography hanging on the walls.

“I enjoyed the show because these are young kids that learn how to add this into photography, and it’s very hard these days to find photography out here,” Weeks said.

Kayla began photography as a hobby, learning how to take photos and edit on her phone. “Now, this class taught me a little bit about how to edit pictures on computers, which is a little difficult but with practice, I know I could create some great art,” Kayla said.

The other half of the program was an acting program where students ate meals together and hung out. Casey Craig, acting coach for the summer program, started them out with cold reads and improv techniques before moving them up to complete monologues. “Once they got comfortable with that, we introduced them to improv games a different technique exercises, just to get them a little bit more knowledge of acting in general,” Craig said.

Jasmine Amador, one of the actors, performed a monologue where she was arguing with her mother. “I found that online. it caught my eye, so I did it… She explained the emotions she had to go through during the monologue. “So I have to be angry and go through all of those emotions,” Amador said.

Craig said that a majority of her students have never been on stage. “This is their first time branching out and getting in front of a crowd. So obviously a lot of nerves and a lot of people thinking that they can’t do it, that it’s impossible,” Craig said.

Kayla was one of those students, “At first, I doubted myself because a lot of times in my life I’ve been told I can’t do things. So it got stuck in my mind. Always telling myself, you can’t do it,” Kayla said. She talked about how she had a lot of nerves that resulted in a breakdown before going up. “I was focused on so many other things that I didn’t think I would be able to read the monologue and remember it by heart, but I did it. I can do anything now that I put my mind to!”

Overall, the Halsey Foundation is proud of what its students have accomplished. Halsey said that his students have a lot to say, and he is looking forward to what they will do next. “It does help you look at different things and then exposes you to different things, and young people are taking that and running with it because they’re exposed to so many topics,” Halsey said. “They have a lot to say. But at the same time, they come here and act like kids. So for me; It’s a great sight.”