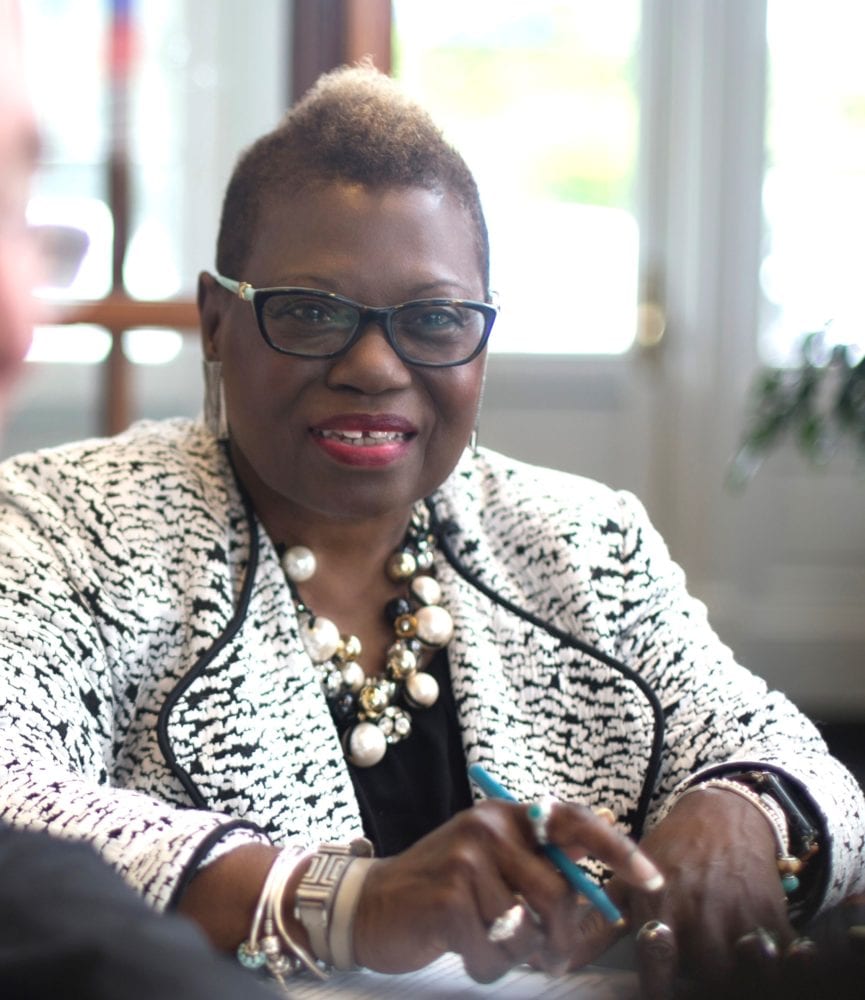 “Don’t just think that whatever the challenges are in Trenton, that we’re facing these challenges alone,” said Senior Vice President, Jeannine Larue of Kaufman Zita Group.

Having begun her journey in Trenton in 1981 as a lobbyist at the New Jersey Education Association, Jeannine Frisby Larue was an outsider to the Trentonian culture. Back then, Larue’s routine consisted of working a nine to five shift every weekday and commuting in and out of the city as needed. Her daily car rides through the city, however, did little to change the negative perception she held of Trenton as controlled by the media and workplace conversations over the water cooler.

As an employee in the city, Larue’s experience differed very much from that of a resident. Hearing the awful things colleagues and journalists would say about Trenton made Larue realize that she did not have a true reason for residing within the city. However, just 22 years later, Larue found herself purchasing a home within Trenton and becoming more involved with the city than she could have ever imagined.

Today, having lived in the city for 16 years, Larue stands as one of the city’s most enthusiastic supporters involved in the pursuit of change for a greater Trenton. From lobbying to teaching, during her astounding 40-year career, Larue has held policy, governmental, and political positions throughout New Jersey.

Over the course of time, Larue has immersed as a community leader and champion of issues affecting women and children within the City of Trenton. Among her many roles, Larue serves as a committee member of Greater Trenton’s Caren Franzini Capital City Award, which honors the legacy of the late Caren Franzini, former NJEDA CEO and one of the founders of Greater Trenton. This year’s Caren Franzini Capital City Award will be presented to Congresswoman Bonnie Watson Coleman.

“[I] raised two grandchildren here, interacted with the schools, residents, and merchants as a Trentonian and not just as an employee. What I found was a compassionate, professional, and hopeful group of people who want what every individual wants out of life: a safe, clean place to live, good schools and healthcare options, food markets and retail outlets to shop, and entertainment outlets to have fun, including eateries,” said Larue.

Currently established as the Senior Vice President of the Kaufman Zita Group and organizer of the Statewide Women’s Summit, Larue is ecstatic and eager to create change within the city.

Commenting on the work of Mayor Reed Gusciora and other public officials, Larue says, “We’re in a good place right now. We’re in a very, very good place and I am glad to be apart of it.”