Home Features Community “Trenton is small enough to make a difference, yet big enough to... 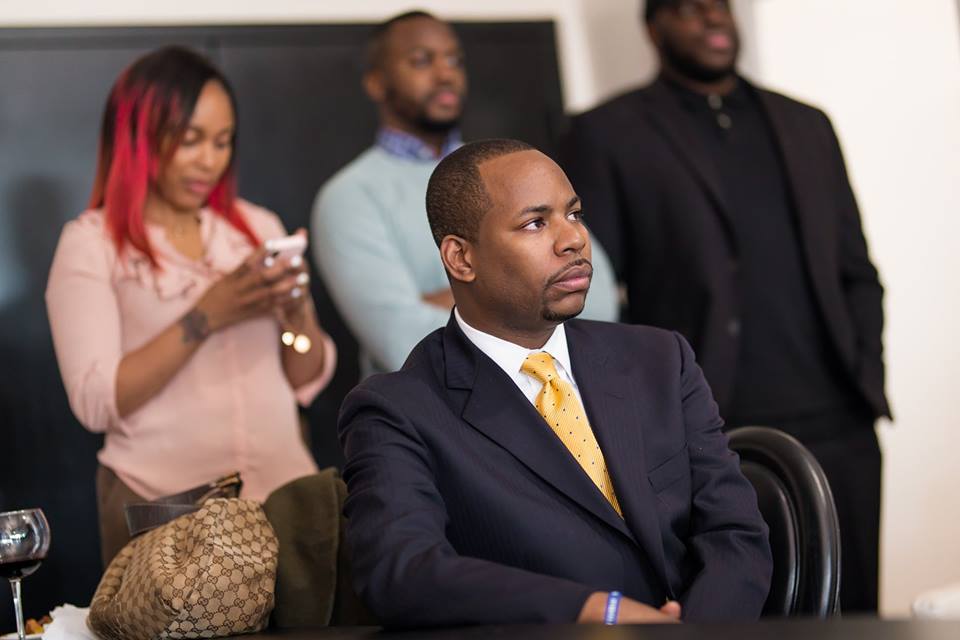 Jerell Blakeley has great love for the city and its residents. He believes that “Trenton is on the cusp and that cusp should be realized. This realization requires the energy, vision and belief that Trenton can transcend the doldrums of the present to a vibrant future.”

Raised in the West Ward section, Jerrel lived on Edgewood Avenue and Sanhican Drive, where he vividly recalls playing with friends “down the hill” as his neighborhood was affectionately called. The young Jerell, always fascinated by politics, government and history, believes that Trenton’s storied past can continue into the future. He intends to “highlight and promote the change in Trenton’s trajectory and the energy and excitement occurring in the city.”

His commitment to Trenton fueled his decision to remain in the city and give back to the community. From an early age, Jerell has committed himself to public service and education. The legacy of Trenton’s past inspired him to follow in the footsteps of political leaders like the S. Howard Woodson and John S. Watson in serving the public.

A former student of Trenton Public Schools from K-12, Jerell served as a student board member of the Trenton Board of Education and graduated as “Most Likely to Succeed” from Trenton Central High School in 2005.

Attending Howard University, where he earned a B.A. in History, Jerell interned with the Secretaries of HUD and the Interior and the White House Initiative on Historically Blacks Colleges and Universities. After finishing his undergraduate studies, Jerell returned to Trenton much to the chagrin of his peers, who decided to remain in Washington, DC. He then taught history at Trenton Central High School, where he helped design Leadership Civics.

Recently elected Trenton City Councilman-at-Large, Jerell considers the city’s “amazing people and institutions,” along with its diversity, Trenton’s greatest assets. Some of Jerrel’s noteworthy accolades include Black Enterprise’s Modern Man 100, InsiderNJ’s 50 under 30 Millennial Up and Comers, among others.  Jerell is the Vice Chairman of the Mercer County Board of Social Services and serves on the board of the NJ Environmental Justice Alliance.

Jerell considers Trenton a unique place that is “small enough to make a difference, yet big enough to matter.”