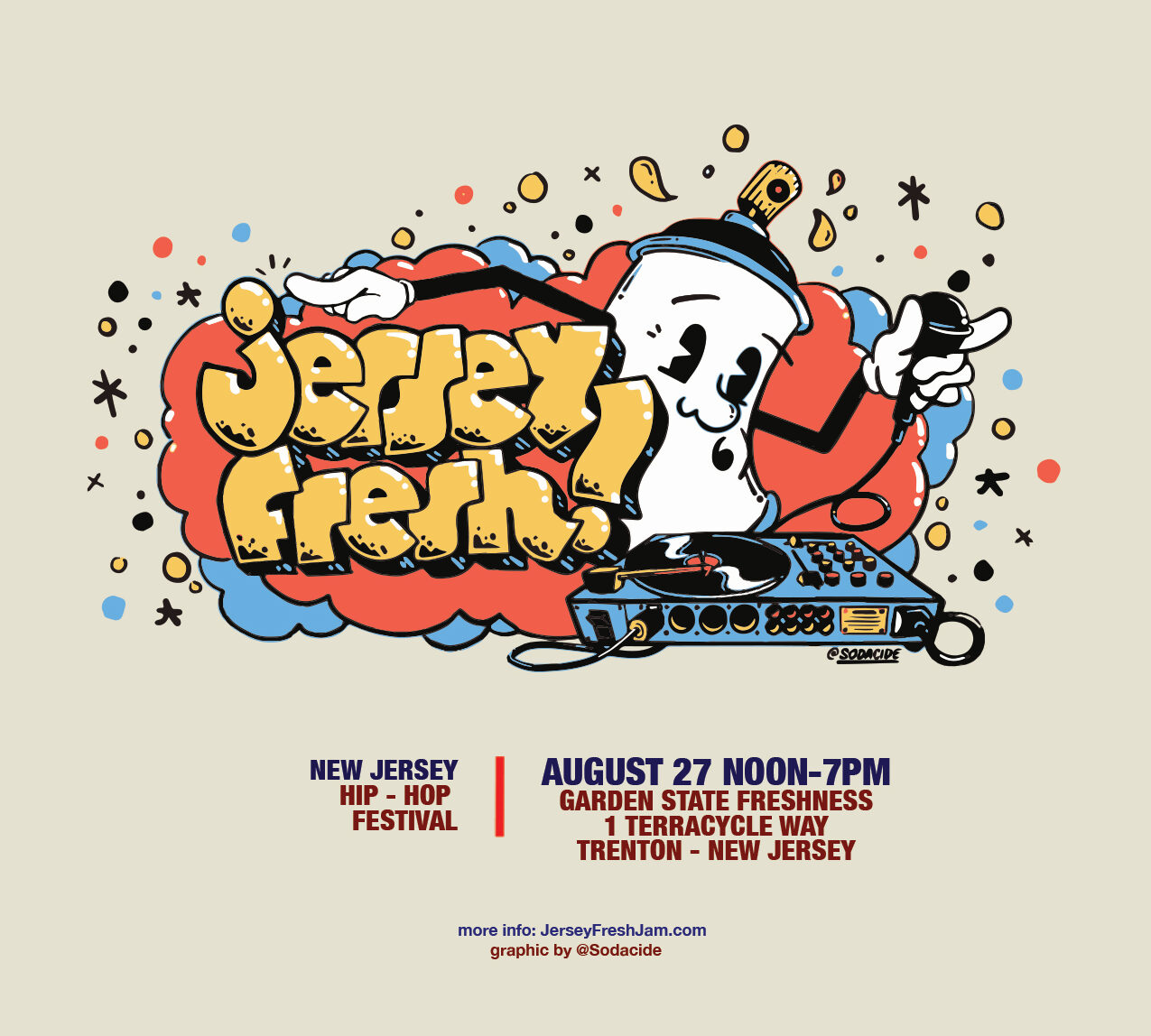 For the last month, Passage Theatre has hosted framed Graffiti Art in preparation for this weekend’s Jersey Fresh Jam.

“We’re setting up an art show to feature and highlight some of the artists that are going to be painting live at the jersey fresh gym graffiti event,” Leon Rainbow, Trenton Graffiti Artist, said.

For those that do not know, The Jersey Fresh Jam is New Jersey’s premiere Hip Hop festival. “Since 2005, the event has grown from a small, humble event into one the most respected celebrations of Hip Hop culture on the east coast. At the twilight of every summer, aerosol artists from far and wide converge to adorn the walls of TerraCycle, Inc. with their signature masterpieces. At the same time, local and regionally known emcees, bands, and DJs provide the soundtrack for the festivities.” (www.jerseyfreshjam.com)

Rainbow explains that the graffiti shown at Passage is only a taste of what will be at the festival.

“A lot of it is graffiti theme, but the good thing with modern graffiti is that it has a lot of forms. You know you have somebody like separate that’s doing abstract. And myself, that’s a little bit more traditional and a little cartoony. Then you have Raz incorporating photo-realism, which looks like a picture and you know is more realistic.”

The festival will host artists like Robin Steel, who teased his artwork at Passage. “I grew up taking the train to the city to go to the zoo—all the time, and seeing everything on the R lines. Intrigued man, how people got there and just the bright colors and the whole adventure of it,” Steel said. He explained that he likes to layer and doesn’t worry too much about staying in the lines when he paints. 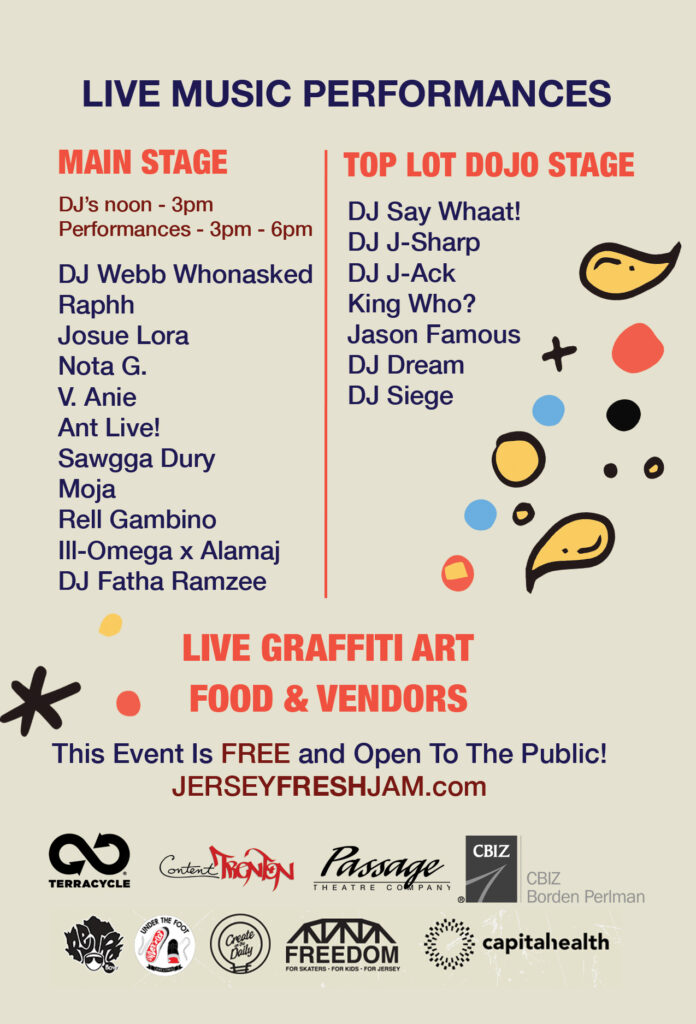 “I like graffiti, so I try to take all the aesthetics from graffiti, like layering different designs with partial letters and just making a mess, but being neat about it,” Steel said.

Usually, the festival has a breakdancing section alongside. This year, due to a scheduling conflict, it has been moved to tonight, Friday, August 26. They teamed up with Freedom Skate Park to host a night of skateboarding and dancing.

“We are super excited to announce the Jersey Fresh Jam: Break N’ Skate • Official Kick-Off Party!” Freedom Skate Park wrote in a Facebook post. “Next Friday, August 26, from 6:00 p.m. to 10:00 p.m., Retro Flow Crew will be hosting a breakdancing competition at Freedom to kick off Jersey Fresh Jam 2022. Of course, the park will also be open for skating.

Come through to skate, break, or spectate!”

“In my opinion, it’s probably like the coolest event that happens like in Trenton, you know, like, it’s just, you see amazing art, you know, there’s music, food, a lot of people come out its just good energy. I think it’s cool. It’s like a big block party. It’s my favorite event of the year,” Ras said.