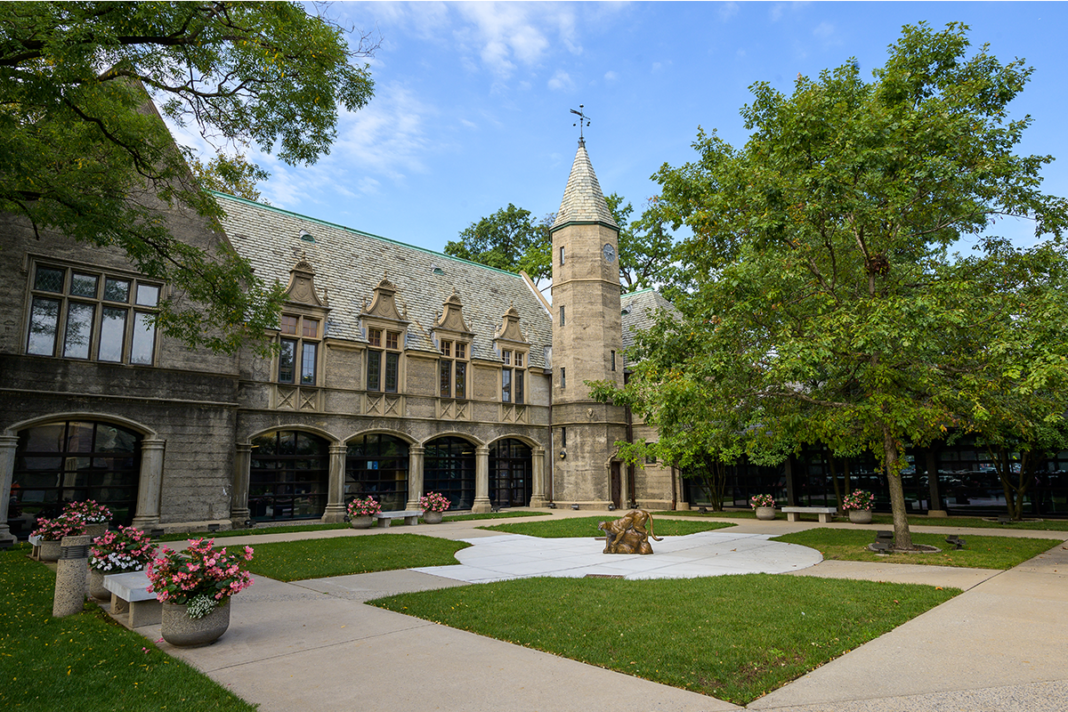 Kean University will receive more than $4 million for a series of new initiatives tied to its recent designation as an urban research university under the federal spending bill signed into law by President Joe Biden. (Photo Credit: Kean University)

In an exciting new development, Kean University will receive over $4 million in funding to support its designation as an urban research organization. The grant is provided under the federal spending bill approved by President Joe Biden. Of the $1.7 trillion approved, $4.25 million has been set aside expressly for Kean projects, including a higher education program for middle and high school students and their families, a neighborhood revitalization project in Trenton, and expanded research facilities for life science and biotech startups housed at Kean.

Per Kean University President Lamont O. Repollet, Ed.D, “As the state’s urban research university, Kean is a leader in serving students from all backgrounds and conducting research that makes a difference in our communities. We are grateful to federal lawmakers who recognize Kean’s contribution in New Jersey and beyond. This funding will strengthen New Jersey’s technology economy, open more opportunities for students and revitalize one of our state’s great cities.”

U.S. Representative Donald Payne Jr., from New Jersey’s 10th Congressional district, is a major player in this initiative. Payne sponsored $1 million to support the Kean Generation-2-Generation (G2G) Program, which seeks to provide resources and a higher education program for parents, family members, and caregivers of middle and high-school-aged students. The G2G initiative will involve three K 12 feeder programs and other programs that are part of the University’s Entrepreneurial Education Initiatives (EEI) division.

Per Rep. Payne, “I am proud to have secured this money to help Kean University’s G2G program and resource center. I know this initiative will be a great benefit to the University and our entire community as it connects families to resources to help students succeed and transform their lives through higher education.”

On the G2G Program, Senior Vice President for EEI at Kean University Sancha K. Gray stated “Kean is committed to building a successful pathway to higher education for all children in New Jersey, and we know that family involvement is absolutely critical to that effort. The Generation-2-Generation program is a holistic approach that allows us to connect the entire family with interventions and resources to help students and families succeed by disrupting the cycle of poverty for generations to come.”

Meanwhile, Trenton will be the beneficiary of another key portion of this funding, sponsored by Representative Bonnie Watson Coleman. Coleman sponsored $750,000 in funding for the Coalport Neighborhood Revitalization Planning initiative. This initiative will support a comprehensive neighborhood revitalization project in Trenton’s East Ward using students from the Michael Graves College of Public Architecture and the Watson Institute for Urban Policy and Research.

Per Rep. Coleman, “Systemic disinvestment in neighborhoods like Coalport harm us all, especially Black, brown, and low-income communities. The Coalport Neighborhood Revitalization Plan is a step toward reversing this destructive trend. As our state’s sole congressional appropriator, I take pride in delivering real change for New Jerseyans, especially for those who need it most. I’m honored to have secured this crucial investment for Coalport and to have played a role in Kean University’s efforts to lift up our communities.”

Joseph Youngblood II, Ph.D., J.D., Kean’s Senior Vice President for External Affairs, stated the project focuses on developing strategies for reversing the blight caused by redlining in Trenton’s Coalport neighborhood. Redlining, which is discriminatory business practices that deterred Black home ownership and upheld housing segregation, has contributed to distressed cities in New Jersey for decades. “The interdisciplinary team conducting this project is committed to involving the community in this important work, which we believe will be transformative not just for Trenton but also for other urban communities,” Youngblood said. “Creating equitable policies and practices is essential to moving our cities forward, and Kean has the expertise to bring many solutions to the table through this important work.”

U.S. Senator Robert Menendez sponsored $2.5 million in funding, which was designated for renovating and expanding the research laboratories and incubator workspaces utilized by faculty and the Institute for Life Science Entrepreneurship (ILSE), a nonprofit research organization located on Kean’s Union campus. “The federal funding bill we passed at the end of last year contains significant wins and critical funding for New Jersey, including $181 million for community projects throughout the state that I secured,” Senator Menendez said. “I was proud to advocate on behalf of Kean University to deliver $2.5 million to expand their incubator workspaces and research laboratories to further establish New Jersey’s state universities as a leader in the STEM field, provide greater opportunities for our students, and enhance partnerships with nonprofits and corporations in the life sciences industry.”

ILSE works with various early-stage biotechnology and pharmaceutical companies across the New York/New Jersey metro area. “Strong federal support is essential to Kean’s growth as an anchor institution in this state, said Kellie LeDet, the University’s Chief Government Affairs officer. “We are grateful that Senator Menendez, a senior member of the Senate Banking Committee, recognizes how important this project will be to advancing our state’s economy.”

ILSE provides incubator space and accelerator services to life science companies. The ISLE is also a science-driven research institute working in partnership with major academic, nonprofit, and corporate organizations, as well as entrepreneurs and regional institutions. “ILSE helps STEM startups, including early-stage and academic spin-out companies, establish themselves and advance scientific discovery, “said Keith Bostian, Ph.D., CEO of ILSE and Kean’s associate provost for science and technology. “This funding will support these entrepreneurs and Kean faculty as well as Kean students — many of whom are minorities or first-generation college students — who engage with ILSE companies every year through research collaborations and internships.”

Founded in 1855, Kean University is one of the region’s largest metropolitan institutions of higher education, with a richly diverse student, faculty, and staff population. Kean continues to play a vital role in the training of teachers and is a hub of educational, technological, and cultural enrichment serving more than 16,000 students. The University’s six colleges offer more than 50 undergraduate degrees, seven doctoral degree programs, and more than 70 options for graduate study leading to master’s degrees, professional diplomas, or certifications over a full range of academic subjects. With campuses in Union, Toms River, Jefferson, Manahawkin, New Jersey, and Wenzhou, China, Kean University furthers its mission by providing an affordable and accessible world-class education. For more information, visit www.kean.edu.