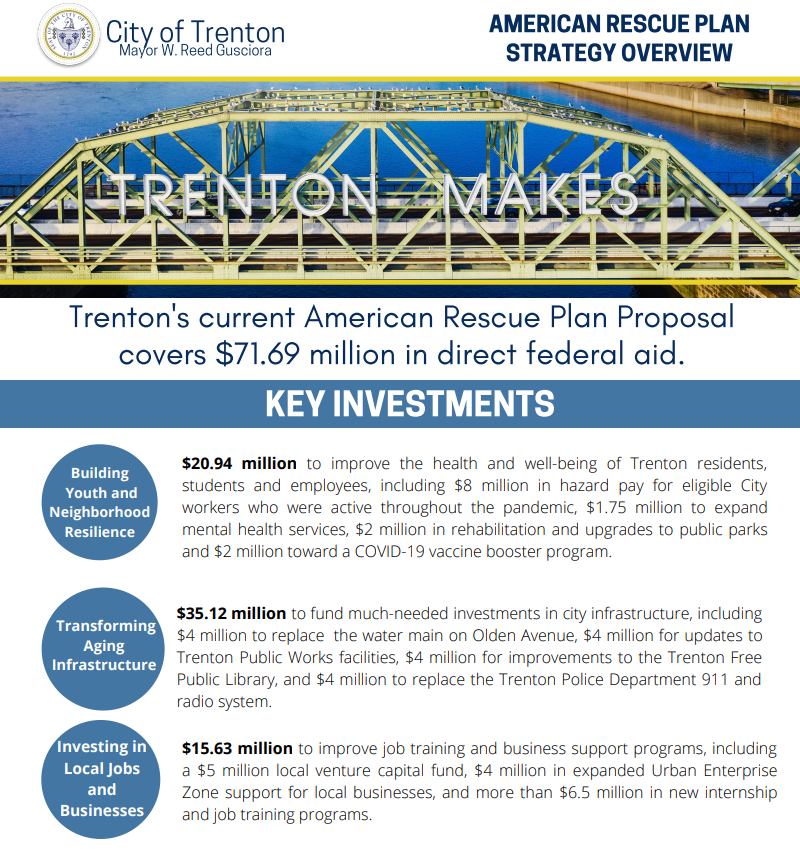 “The updated plan incorporates feedback we’ve received from City Council and Trenton residents after we released the first version of the plan in June 2021,” said Mayor Gusciora. “As such, the plan includes increased funding for youth recreation services, library improvements, and TWW infrastructure maintenance without taking on additional debt. The updated plan also includes increased public safety expenditures that require immediate action and fall well within the federal guidelines. I encourage all our residents to review current and upcoming expenditures and continue to provide feedback at www.talktrenton.org.”

The updated plan can also be found on https://talktrenton.org/. The Administration will present the plan on a webinar scheduled for October 4, 2021 at 5:30 p.m. The webinar zoom link is here.