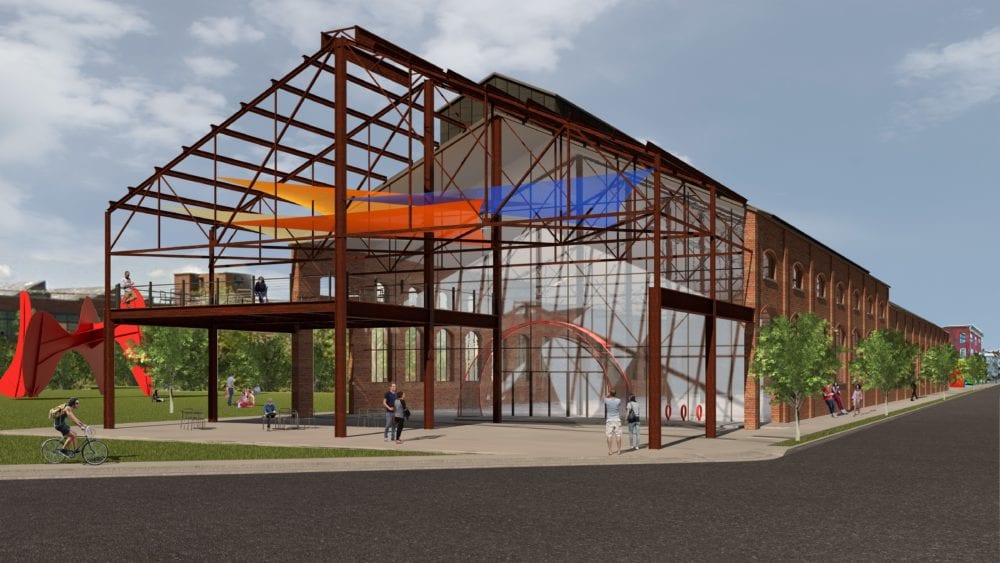 “This is a great opportunity for Trenton residents to have access to high-paying jobs,” said Gusciora. “Princetel projects to grow to about 400 jobs in Trenton over the next 10 years, the vast majority of which only require a high school diploma. Beyond that, this is the start of something great for the Roebling complex. Developing the property will encourage other companies to invest in Trenton, and the historic complex, and provide more opportunities for our residents to succeed.”

Under the proposal, Princetel would purchase one of the six available lots at the Roebling II site at its full appraised value of $85,000 and plans to make a $4 million investment into the building, which will maintain the historic architectural integrity of the facility.

“It is time for us to do something to recover the former glory of this building,” said Princetel CEO Barry Zhang. “Manufacturing is something dear to the soul of Trenton. The Roebling complex was built as a manufacturing site, and what we are proposing is to do exactly the same. Back in its heyday, steel cable manufacturing was high-tech. Now we’re talking about fiberoptics, and that’s the high technology of today.”

“This project represents the new Trenton and a new age for New Jersey’s Capital City,” said George Sowa, CEO of Greater Trenton. “The reutilization of these buildings, which are so important to the City’s history and are now part of its tremendous future, promises to bring economic vibrancy to the area. We applaud Princetel CEO Barry Zhang for committing to the city, bringing jobs across a wide spectrum of skillsets, and ultimately providing lifechanging opportunities for Trentonians.”

Herbert Ames with the Capital Region Minority Chamber of Commerce celebrated the proposal.

“The Capital Region Minority Chamber of Commerce is very happy to be working with the City of Trenton and Princetel to open up their second location here in Mercer County,” said Ames. “What better place to bring the next phase of their business than Trenton?”

Historian Clifford Zink also applauded the proposal, saying it is a return to Roebling’s history of production with a modern twist.

“As I chronicled in The Roebling Legacy, the Roeblings made precision products on this site for well over a century, and Princtel will be following in that tradition by bringing high tech production back to Trenton with its fiber optic components. Princetel’s rehabilitation of Building 62 will jump start the long-awaited redevelopment of Roebling Block 2 and its superb historic mills, and it will stimulate additional rehabilitation on Roebling Blocks 1 & 3.”

Gusciora noted that there are no other redevelopment offers on the site, and the builders have been largely in disuse for the past 50 years.

“We can’t afford to wait another century to redevelop the Roebling buildings on Block II,” he said. “This proposal will help transform the neighborhood, add real jobs, and change the landscape of the city.”

As part of the redevelopment plans, the facility will maintain its historic façade and be adapted to be energy efficient and LEED certified, complete with solar panels on the roof and green space with sculptures surrounding the building. Princetel will also serve as a resource for Trenton students to learn about career opportunities in science, technology, engineering, and mathematics (STEM) fields.