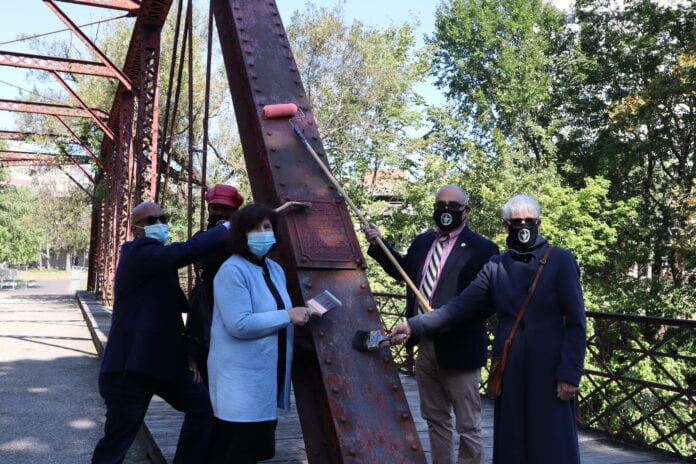 Over an expected two to three month time period, the $880,000 project will encompass a series of renovations to the bridge which includes cleaning, painting, new lighting and a restoration of the surrounding vegetation. 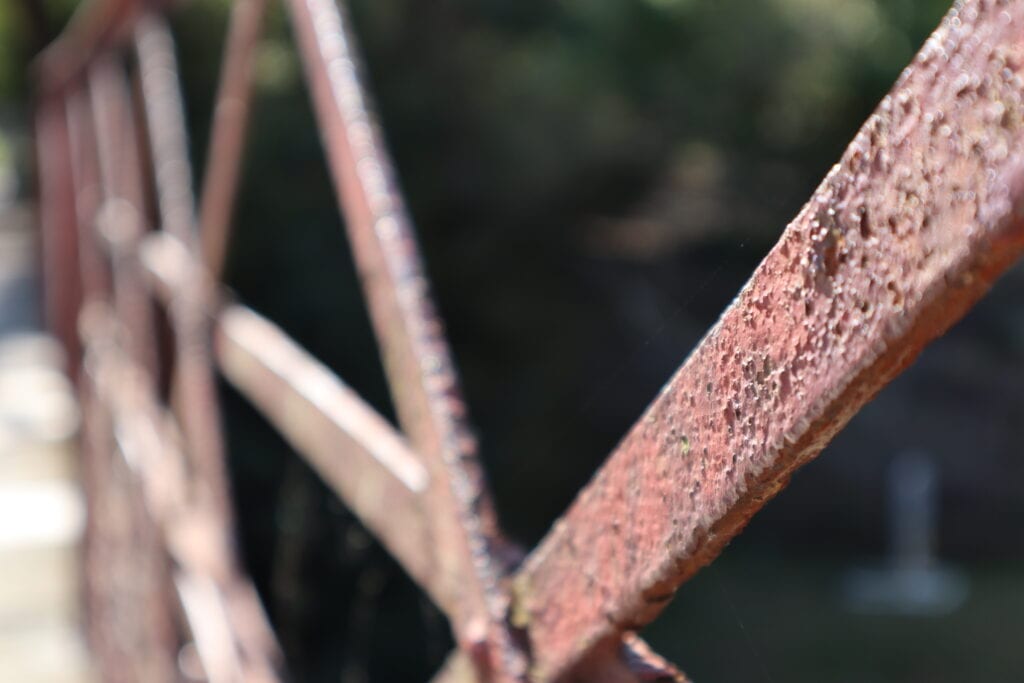 “It’s a collective effort,” said Mayor Gusciora in regards to the funding provided by the community. The New Jersey Historic Trust provided $324,793 for renovations which then encouraged the City of Trenton to contribute $557,207 to complete the projects’ funding cost. Dorothy Guzzo, Executive Director of the New Jersey Historic Trust said, “On behalf of the Trust, we are proud to have supported the restoration of the Jackson Street Bridge.”

Constructed in 1888 by the New Jersey Steel and Iron Company, the Jackson Street Bridge has outlasted a majority of American standard truss bridges with similar structures due to its use as a pedestrian bridge in Mill Hill park. As a part of this historic park, the Jackson Street Bridge is located where the second Battle of Trenton was fought. County Commissioner and Chief Executive Officer of the Capital Area YMCA, Sam T. Frisby Jr. said, “The history of this park just spans centuries, not just decades; centuries.”

In 1977, the Jackson Street Bridge was listed as a contributing element of the Mill Hill Historic District’s entry into the National Register of Historic Places. North Ward Councilwoman Marge Caldwell-Wilson hopes to encourage the preservation of historical landmarks such as the Jackson Street Bridge as the city moves forward with restorations. “It’s important that we shine as the City of Trenton, as a historic city, and take care of our historic properties,” she said.

According to Mayor Gusciora, the bridges’ restoration is a continuation of work the city has been doing over the past decade. “After 132 years of usage, this familiar site to Trentonians will finally be revitalized,” he said.

In combination with the ongoing Daylighting Project, the City of Trenton hopes the bridges’ reconstruction will become a major role in Trenton’s revitalization and attract more historic visitors. Mayor Gusciora said, “This will be a park that many families, children and future generations can enjoy.”