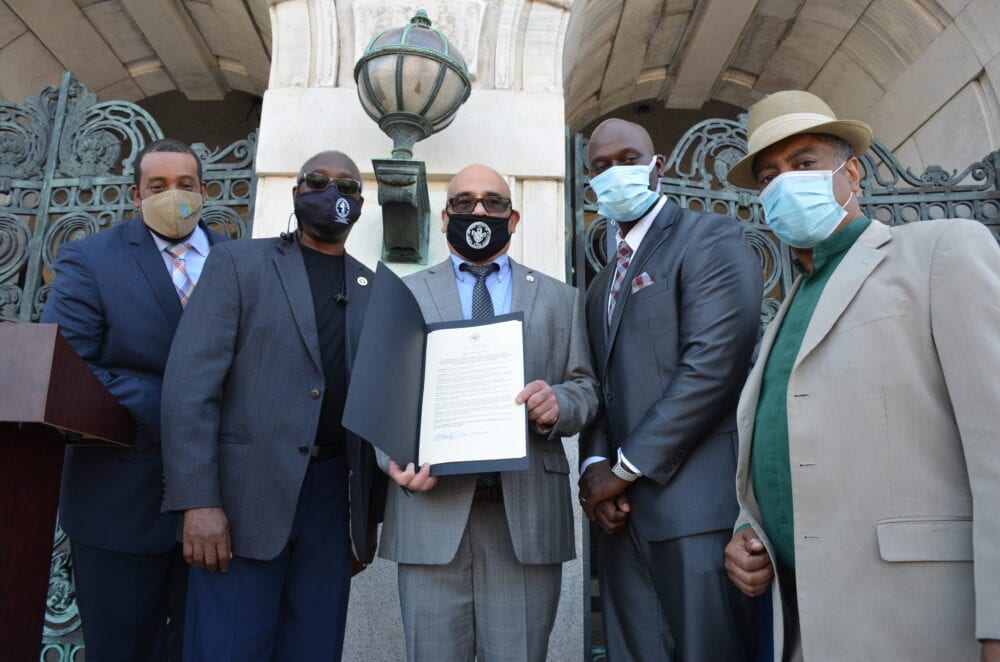 On September 23, 2020, the City of Trenton announced a new division that will help formerly incarcerated members of the community gain access to professional development training, employment opportunities and housing called the Office of Returning Citizens (ORC).

The office committee, which will be composed of a variety of local leaders such as non-profit groups, local churches and advocacy groups will partner with the N.J. Department of Labor and the N.J. State Parole Board to aid formerly convicted citizens in reestablishing their livelihood.

“With current state legislation set to release up to 3,000 inmates early due to COVID-19 and the possibility that millions of dollars will be cut from parole programs in the state budget, I’m thankful that our Office of Returning Citizens has been in the works for a long time,” said Mayor Reed Gusciora.

The Gusciora Administration began these changes with the employment policy of the City of Trenton and its access to applicants’ backgrounds on a case-by-case basis rather than relying on a seven-year lookback. The old policy would automatically disqualify individuals for having a criminal record.

Mayor Gusciora said, “Now is the perfect opportunity to show that new hiring processes and a long-term partnership between the city, county, state and business community can help give those returning from incarceration a real shot at redemption.”

Along with the new office, there will be a review committee consisting of the Law Director, Personnel Director and administrator of the Office of Citizen Concerns. They will consider the full history of the applicant, including the circumstances of any questionable incident, past or ongoing rehabilitation efforts and any aggravating or mitigating factors involved.

The City of Trenton also established partnerships with the Mercer County One-Stop Career Center in Trenton and the Fresh Start program hosted by the Trenton Free Public Library to ensure each applicant engages in meaningful professional development opportunities.

For those seeking work, the city has invested in employment partnerships with companies  such as The Home Rubber Company, Jingoli Construction Company, and Solterra. In addition, partnerships have been made with the company Avanzar, which focuses on the particular needs of women, families and the LGBTQ community.

Tracey Syphax, author of From The Block to the Boardroom said, “When we do re-entry right, we not only reduce crime, we make our communities safer and reunite families. Most returning citizens want to do right and don’t want to return to a life of crime. The lack of economic opportunities and few employment options make re-entrants feel helpless. Collaborations like this, with wrap-around services, provide support and an infrastructure that creates alternative pathways to economic opportunity. ORC is a constructive way to engage returning citizens.”

For N.J. State Parole Board Chairman Samuel J. Plumeri, Jr., the new Office of Returning Citizens is an opportunity for second chances. He said, “I believe that everyone deserves a chance at redemption. Congratulations to my hometown City of Trenton, for providing this second chance to those looking to assimilate back into society and potentially make positive differences within their own community.”

As part of the offices launch, the Office of Returning Citizens will be co-sponsoring a Fall Job Fair on Oct. 14, 2020 outside City Hall with the Trenton Free Public Library, Mercer County, and Avanzar. The City of Trenton plans to release more information as it is made available.