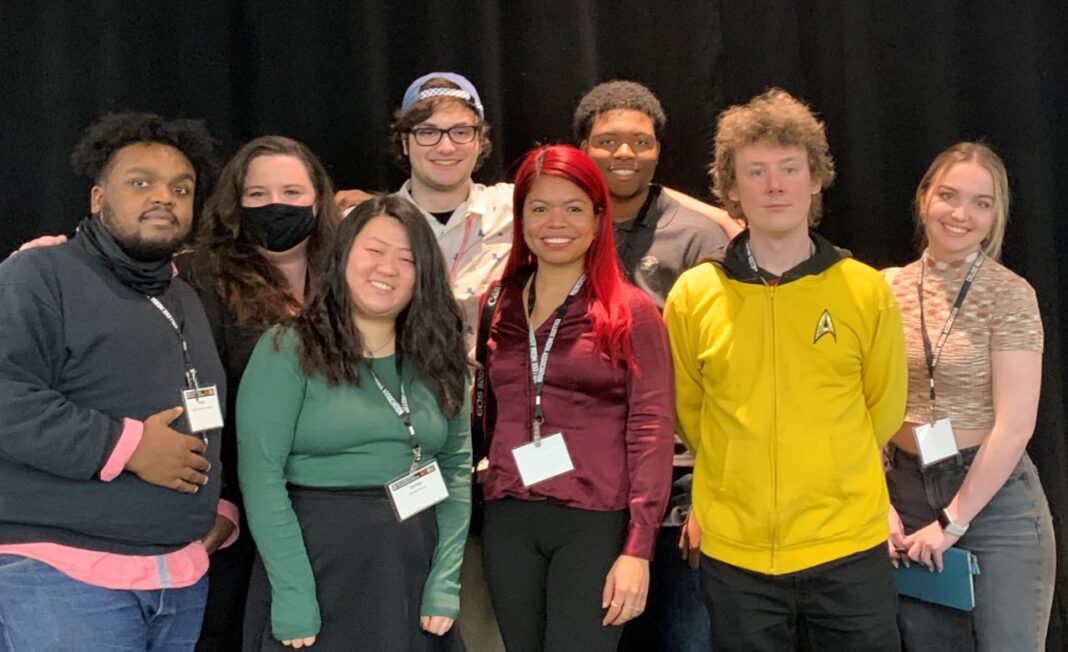 Mercer County Community College’s (MCCC’s) student newspaper, The College VOICE, has continued its award-winning tradition this year, earning top honors in multiple state and national competitions. The combination of wins cements the VOICE’s powerhouse reputation as the top two-year newspaper in the state and one of the highest-ranking and most award-winning in the nation.

The MOEs, which are judged at the regional and then national level, are considered the Oscars of college journalism. Two-year colleges compete head-to-head with their four-year counterparts. This year one of the winners, Kayla Janetti, beat out The Harvard Crimson to win in the Cultural Criticism category. Other wins came in Editorial Cartooning, Sports Photography, and Column writing.

The VOICE won in 19 categories in the New Jersey competition across the spectrum from news reporting to online video. They took the overall highest honor of First Place in General Excellence.

“Most VOICE staffers carry a full college course load, and many work up to 25 hours per week at off-campus jobs,” Johnson said. “The recognition they have received this awards season is a testament to their tremendous work ethic, grit, enthusiasm and dedication.”

VOICE graduates are known for their excellent long-term outcomes. Recent award winners have gone on to jobs at mainstream publications including 2018 graduates Maria Ramos Pacheco, who is now at The Dallas Morning News, and Jackson Thompson, who is at Sports Illustrated. Another 2018 graduate, Mohamed Wiswal, transferred to Rutgers and is now headed to Duke to pursue a Ph.D in Psychology and Neuroscience.

The full list of award winners is available here.