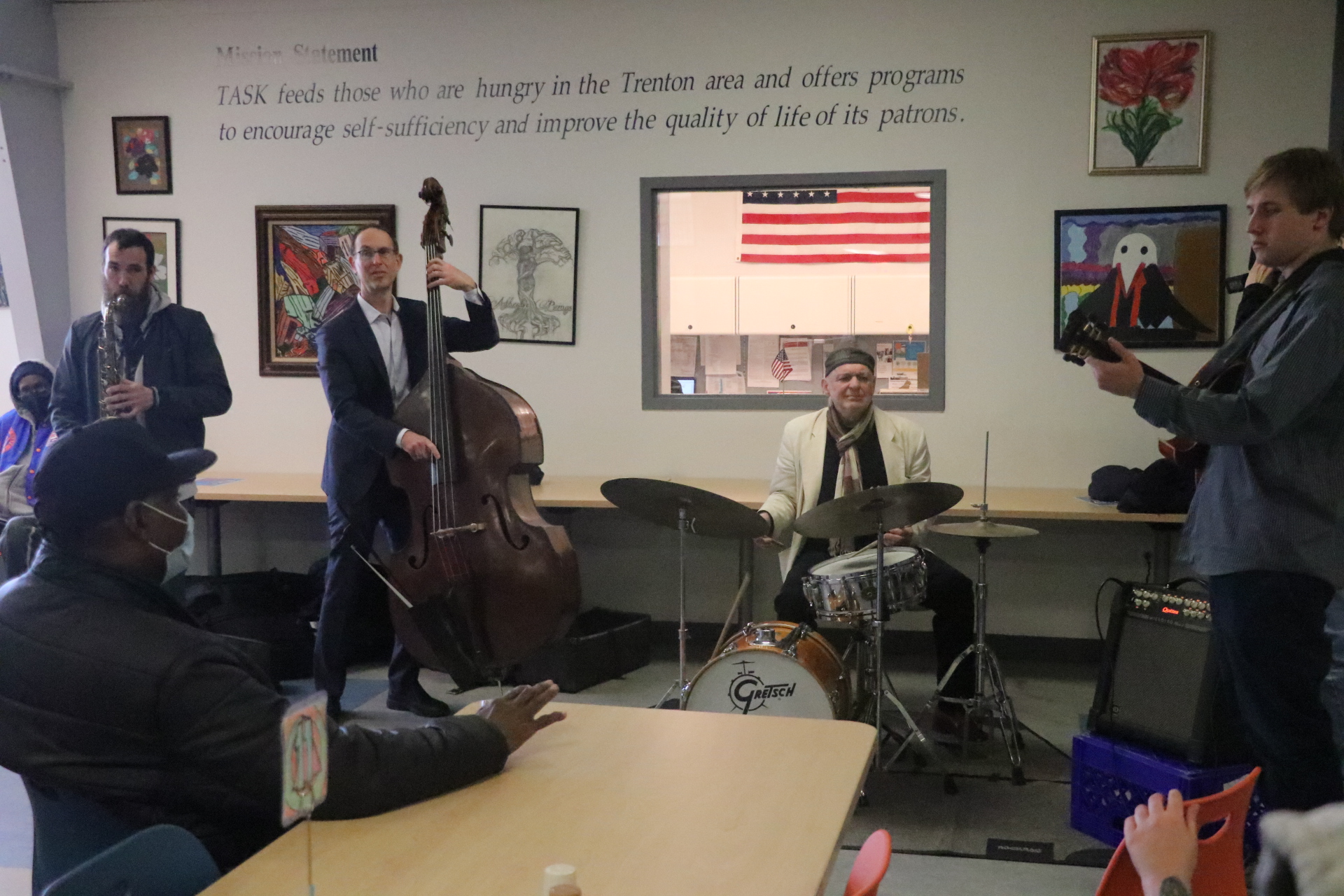 There was dancing, clapping and laughter at the TASK dining hall at 72 Escher Street in Trenton on Friday as the Rick Fiori Jazz Quartet played for residents.

Funded by the New York Jazz Foundation, Rick Fiori, Jazz drummer and Trenton Native, came back to play in his hometown, displaying his chops on the drum set. He and his quartet have played everywhere in the tri-state area from Philadelphia to New York City. This set was special as he played famous pieces from jazz composers across the decades.

“So the repertoire is all Miles Davis, Sonny Rollins, Thelonious Monk, Johnny Griffin, Hank Mobley; all the material of I would say the straight-ahead bebop jazz format from the 50s into the mid-60s…It’s swing with a little bite,” Fiori said.

Fiori said that jazz was meant to be played in spaces like the TASK dining hall. “I believe this is where jazz started… Jazz started in the black community. It started as deep soul music, even if it started with a guitar, but this is where it started,” Foiri said.

TASK does serve food but that is only half of its mission, the other half is improving quality of life. Jamie Parker, Director of Programs & Patron Services at TASK, explained that with this program, that is exactly what she hopes to do.

“The jazz concert is here to improve quality of life. I would say it’s important, like fun and joy, and expression of emotion are all important things…The arts are, I would argue, just as vital as people needing to eat and needing to breathe and needing a safe place to live,” Parker said.

Randall Davis, a Trenton resident and TASK client, sat right in front of the quartet to tap his foot and drum on the table as the quartet played his favorite music. He has a special connection to music at task. He plays guitar on an open mic set on Mondays.

“I’ve been coming to task for quite a few years…this is one of the perks! They brought a jazz band here and I am trying to get all the licks I can, I’m a guitarist, I’ve been playing for over ten years and I am still learning…I love it,” Davis said.