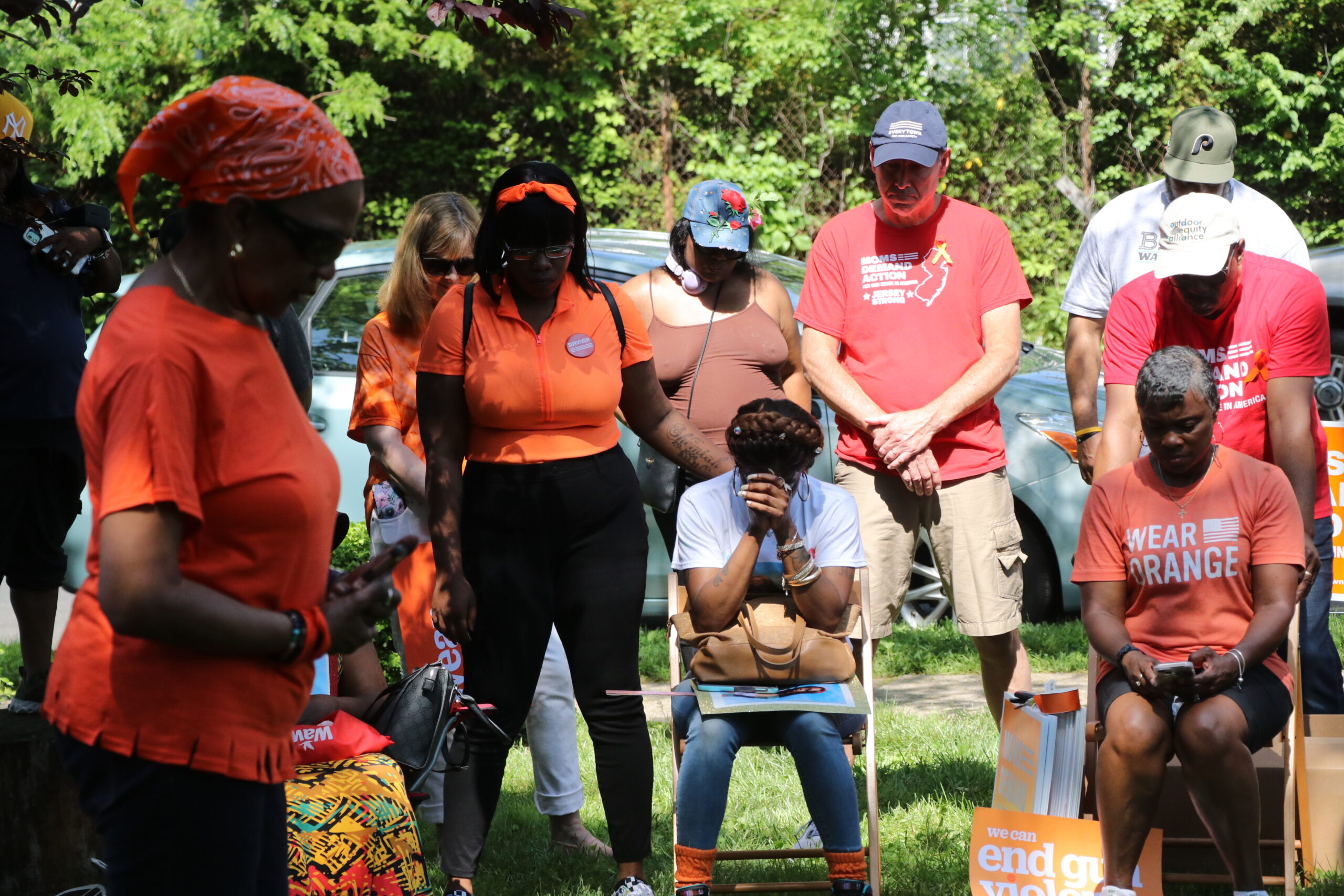 Serenity Garden, the small lot located on the corner of Bellevue Ave & Prospect St. filled with flowers and trees, is often attributed to a warm hug. However, it wasn’t always that way.

Amini Sababu, Trenton resident and founder of the property, told the story of how this beautiful garden came to be. “I’ll give you the short version of the serenity garden,” Sababu said. “There was the house here years ago…And something possessed me to complain about that house.” It was a vacant house located on the corner of her street. She complained to the owner a couple of times.

“I complained again. I heard a lot of racket going on. I looked out my window, and he was tearing the house down.” Sababu explained that it ended up being a vacant lot, and she wrote the owner of the lot an email, CCing several churches and non-profit organizations.

“So he called me one day and he said, ‘Look, lady, do you want to buy this property or what?’ And I said, ‘if I had the money, I would.’ He said, ‘What would you do with it?’ I said, ‘I will make it into a beautiful floral garden in memory of those who have died to violence in my community.’ He said, ‘I’m gonna give it to you.’ And he did. So that’s the beginning of the Serenity Garden,” Sababu said.

Since then, the garden has stood as a solum reminder to the community honoring those lost in Trenton to violence. On Saturday, that reminder remained more vigorous than ever as Mom’s Demand Action Against Gun Violence in America hosted a ribbon-cutting to replace the chessboard in the gardens.

Teska Frisby,  a volunteer with the New Jersey chapter of Moms Demand Action with Moms demand action, explained why it is essential to maintain this space.

“It is a surreal place for families who have been experiencing trauma in their lives. They can come sit, be relaxed, they can play chess here. We’ve actually donated a table… There was a chess table here originally, we’ve donated a new one because the other one was a little warped,” said Frisby, who explains that she hopes this garden continues to be a place for families to come in peace.

“So we want it to be a place where people can continue to come in the community and relax,” Frisby said.

Saturday’s event included a small chess tournament, letting Trenton resident and Chess Player Momolu Dorley show off his skills to the crowd after the ceremony.

“It inspires a curiosity of the game and inspires the strategy within young men’s mind. I believe chess is a game that accesses the cognitive abilities in our minds and forces us to think smarter… So when we have people facing issues, systematic issues or character issues, whatever the issue may be, we can now look at these issues from a strategic point of view,” Dorley said.

He explained that Trenton could take the same look at solving the issue of gun violence in the city.

“I believe the City of Trenton has to look at things from a strategic viewpoint as well. I mean, outside of chess, we have to look at why these things are happening. We have to strategically look at things from a poverty mindset…because people are doing things because of poverty… I think if the City gave more education and resources…then we can systematically and strategically place things and put things in place that could reverse the steps that can happen next,” Momolu said.

Mayor W. Reed Gusciora said that the City of Trenton is doing exactly that. “We’re working with recreation. We’re working with mental health counseling. We brought in a street team that’s modeled after Newark and we need more law enforcement out there to protect the neighborhoods,” Mayor Gusciora said. “We’re working on all of those in the meantime. We’re encouraged by groups that come out here…Amini’s garden that has been fostered over the years really sends a message to the community that there are better days ahead, and like a garden. We’re growing and we’re getting better and we’re getting the word out.”

In the end, the hope for the Serenity Garden is to sit and remember those who were lost.   “My message would be, first of all, to know and realize that the spirit is always greater than the flesh, and we were gifted an individual to love and enjoy for time on Earth and forever in our hearts,” Sababu said. “Don’t forget them; make sure that the generations that come after them know them, you know, know their personalities, know that they were loved, know that they still exist in the heart.”