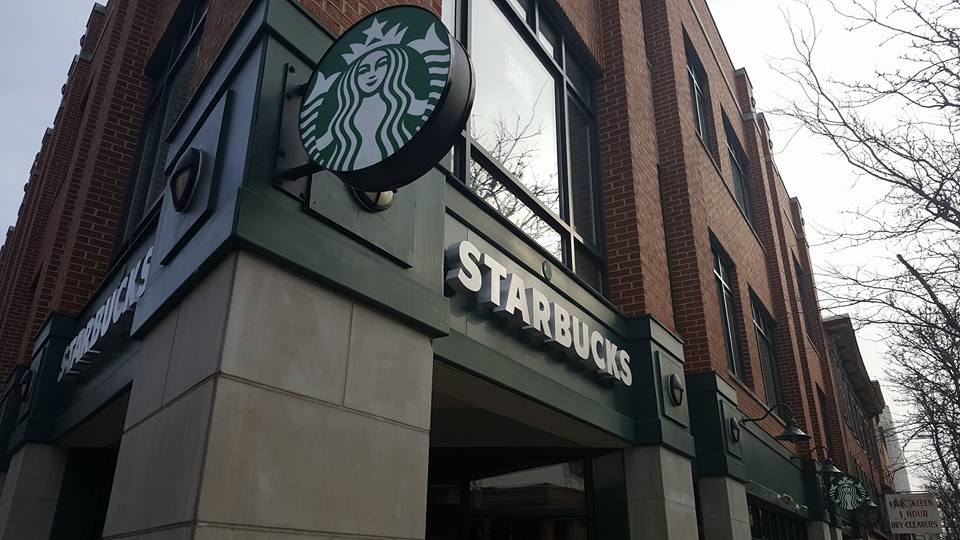 By now, most people who live nearby or work in Downtown Trenton have visited the Warren Street Starbucks for a coffee, snack, meeting or community event. However, you would be surprised about how many people, particularly outside of Trenton, are unaware of this Community Service store in New Jersey’s Capital City. In the impressive and vast network of Starbucks eateries, there are only 14 of these in the entire U.S., and Trenton has its very own: a Community Service Starbucks.

They are usually bigger than an average-size store, and they have a community room for various events and mini-happenings that patrons can create themselves. But their real lure is offering a host of activities that appeal to urban residents who enjoy art, speaking out, playful children and anything else that makes sense for the surrounding communities.

About two years ago, Starbucks opened at 102 South Warren Street (corner of Front Street), and soon after Stephanie Campfield, Store Manager, obtained the company’s designation as a Community Service Store to help engage the locals and increase patronage. Over time, the store has built up an impressive schedule of community meet-ups on Saturday afternoons from 3:00 p.m. to 7:00 p.m. It was the brainchild of her husband, Ashshkir, and some friends thought it wouldn’t work, but wow, they were wrong.

Community Saturdays now feature painting displays and impromptu lessons from a large roster of local artists. Some folks come for the Open Mic sessions where they can tastefully sprout their wit and wisdom to the duly assembled. The Open Mic can be used for all styles of music, as well as poetry, story-telling and comedy. No advance registration by phone is permitted.

A special Saturday for kids is held once a month, and it’s a crowd-pleaser. “We have face-painters for children, and we recruit volunteers to create projects and play games with them,” said Stephanie. “It’s worth a trip here just to see the excitement,” she added.

Each month the Store honors a local Trenton artist, setting up a gallery of the painter’s work and providing opportunities for the artist to engage with the community every Saturday of that month. This month it’s Kenneth Lewis Sr. on show, and his work is strong and impactful, in the eyes of this admiring writer.

As if these fun happenings weren’t enough, Trenton’s Community Service Store coordinates several charitable-giving Saturdays when local non-profit groups and foundations provide funds and friends to make gift-bags for neighborhood children. You can help with these efforts too by checking the Community Store’s website calendar. Google Starbucks Trenton NJ or call 609-393-0261. There’s more there than just coffee.