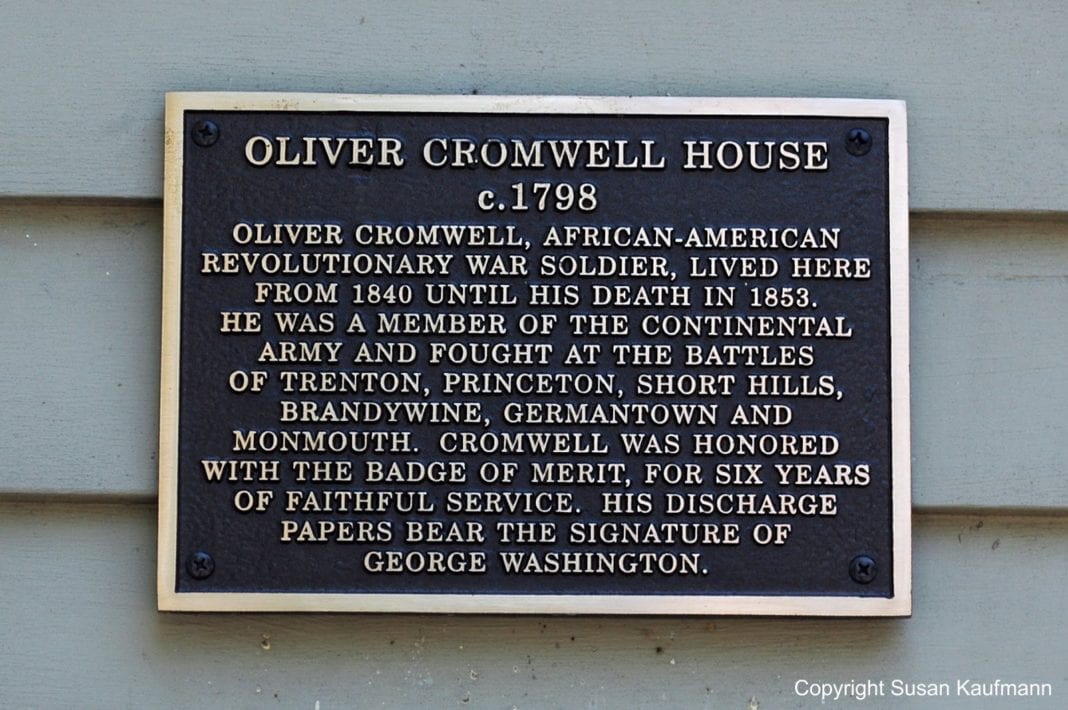 Oliver Cromwell, an African American solider who fought alongside General George Washington in many famous battles during the American Revolution, took great pride in his service to the army and lived a long life of 101 years.

Cromwell was born free in Columbus, New Jersey on May 24, 1752 and was raised to be a farmer. However, as the tension between colonists and British soldiers continued to ramp up, he decided to join the cause and fight for freedom. In 1776 Cromwell enlisted in the 2nd New Jersey Regiment to fight in an effort to gain separation from the monarchy of England.

For the next six years, Cromwell would fight against the British during the battles of Trenton (1776), Princeton (1777), Brandywine (1777), Monmouth (1778), and at the final siege of Yorktown (1781). After the siege of Yorktown, Cromwell left the army and was personally discharged by Washington (who also awarded him the badge of military merit).

In the year 1818, the United States Congress would pass a law that provided pensions to former Continental soldiers who needed financial assistance. Cromwell wrote his first application explaining his service on April 2nd, 1818 and a second on May 28th, 1820 proving that he needed the pension. Cromwell was granted his pension a month soon after he submit his second application.

With money he had saved over the years, Cromwell was able to purchase a 100-acre plot of land in Burlington County New Jersey to which he fathered 15 children. Cromwell was known for always being one to tell stories of his time in the revolution and was loved by members of his community.

Cromwell passed away in January of 1853, living to be 101 and outliving 14 of his 15 children. He was buried in the cemetery of the Broad Street Methodist Church (in Burlington) and to this day his descendants still live in Burlington County carrying on his amazing legacy.