Home Features Food One Up One Down Coffee Aspires to make Trenton the New Go-To... 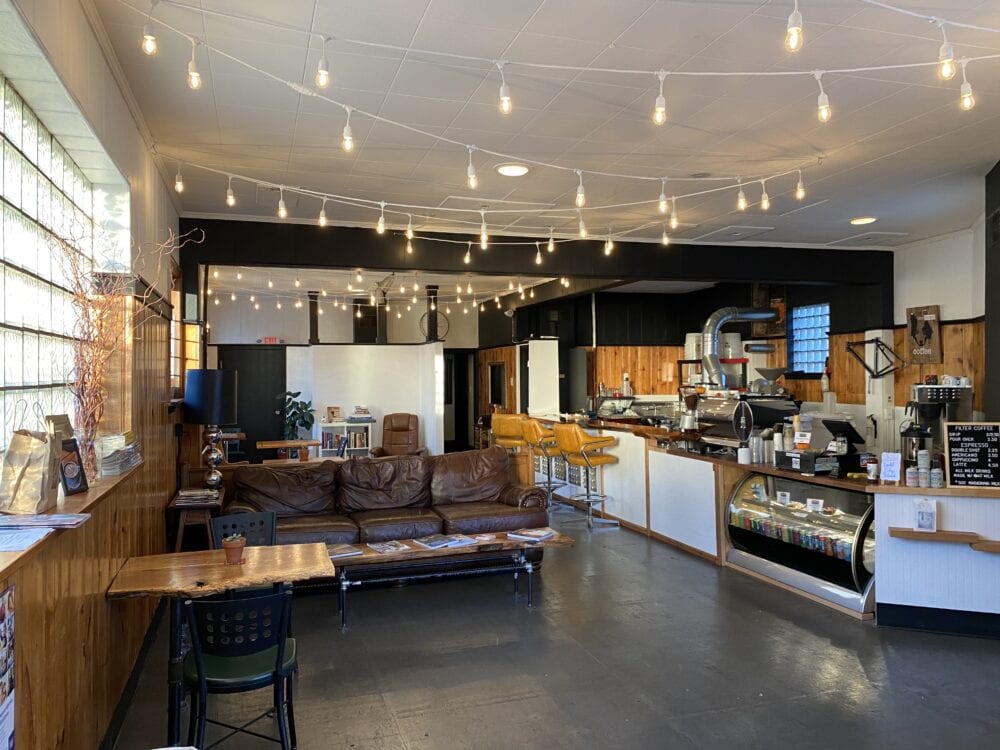 From habitual coffee consumer to coffee connoisseur, 41 year-old Vince Camiolo of Warminster, P.A. recently opened up his first coffee shop, One Up One Down Coffee Roastery & Caffe, in the City of Trenton.

Located at 748 Cass St., Camiolo and his wife, Natalie Rockwell, took over the building where popular Trenton Coffee House and Records used to reside in August of 2019. After six solid months of restoration and remodeling, One Up One Down was hoping to see a grande opening at the beginning of this year. However, as the COVID-19 pandemic wave washed over the country, Camiolo and his wife were at a business halt.

“By the time we were ready to think about opening, that’s when the pandemic happened,” said Camiolo. “That delayed us further because we couldn’t get a health inspection from the city.”

Despite the setback, Camiolo kept himself occupied furthering his coffee roasting craft. During the initial pandemic outbreak, he said, “I basically just practiced roasting and did some online sales of coffee beans.” The persistence kept the business afloat until they were finally able to open their doors this past June.

One Up One Down is determined to bring the City of Trenton not only a quality cup of coffee, but a conscientious cup as well. “We definitely concentrate on having really good coffee that’s thoughtfully roasted and also thoughtfully sourced,” said Camiolo. “We take everything into account and try to make the most of every decision we make from an environmental and social stand point.”

He continued, “Depending on where it’s coming from, the elevation it’s grown, how it’s roasted, how it’s processed, how it’s brewed, there’s endless possibilities.”

The coffee offered at One Up One Down comes for a handful of importers Camiolo has contact with. Whenever the shop needs to re-stock, he checks with the importers and their current rosters to see what offerings are available at the time. Camiolo carefully reads through the availability to select what he will order for One Up One Down.

“We have some steady coffees that we keep in, but we also try to bring in something different every month,” he said. “I’m usually looking for an interesting story from the origin or the particular farm or group of farmers.”

Some of the African coffees Camiolo sources come from communities held back by unstable governments or unreliable crops that lead to economic downfall. Select importers Camiolo partners with make initiatives to help transition these farmers and farming communities into more profitable crop growers by growing these specialty coffees. This, in-turn,  mutually benefits One Up One Down by having these speciality coffees while also benefiting the farming communities as they begin thriving economically off of their land. Camiolo said, “They have a chance to improve their livelihoods instead of working towards barley subsisting.”

Although One Up One Down has started its business during one of the most challenging health emergencies the world has seen in years, Camiolo remains optimistic that their business will thrive.

“It seems that we get somebody new everyday, somebody new finds out about us and stops by,” Camiolo said. “There’s reason’s to be hopeful.”

One Up One Down has accumulated a number of regulars who come back often. With the help of his friend, Erik Hischmann, who helps run the caffe, One Up One Down is proud to be offering friendly service in an inviting atmosphere.

“Primarily I just really hope that people like the coffee that we are putting out,” said Camiolo. “We’re hoping we can just weather this storm and come out the other side.”

For more information on One Up One Down Coffee Roastery & Caffe, visit https://www.oneuponedowncoffee.com/ 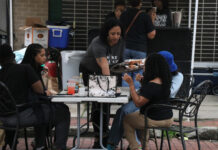