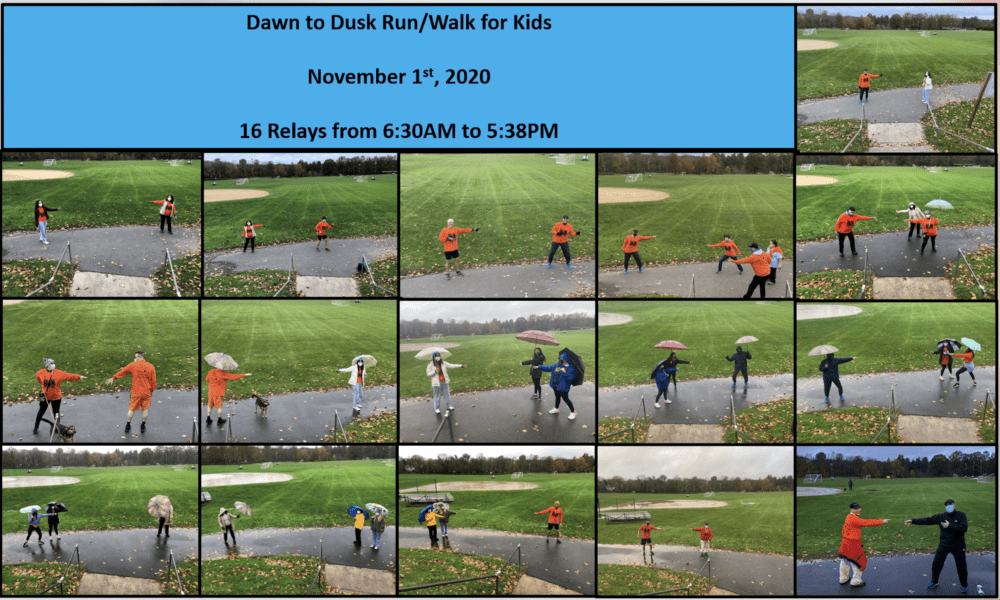 On Sunday, November 1, 2020, 16-year-old Jasmine Yazid delivered her promise to run with her team from dusk to dawn for the Run for Club Kids fundraiser. After a day’s worth of running, the team collectively raised $9,020 for the Boys & Girls Clubs of Mercer County.

“Honestly, just the fact that it was a really great experience and just to see everyone come with such high energy despite the weather was really a positive feeling,” said Yazid.

Beginning at 6:30 a.m., a number of Yazid’s friends and family members arrived at Community Park South in Princeton, New Jersey to begin the day’s activity. Throughout the day, individuals took turns running or walking for as long as they could. Once one person stopped moving, the next began, despite the rain that started in the afternoon. This process created a non-stop running cycle up until 5:38 p.m.

“We had our cars parked right next to (the runners) and we would always cheer them on,” said Yazid. “The spirits were high cuz they knew they were helping and this is something we wanted to do no matter what the weather would be.”

As a proud contributor and supporter of the Boys & Girls Clubs of Mercer County, Yazid has been planning this run since September. Due to the current COVID-19 pandemic, the annual Run for Club Kids Fundraiser, which is normally done in a larger group setting, was canceled. In order to continue raising money for the organization, Yazid, along with over 260 other supporters, split into 27 different teams to run in a distanced manner.

To add an extra element of excitement to her team, Yazid created the idea of a relay-style run. Instead of passing a baton on to runners as they finished their part, Yazid took a photograph of each stopping and starting point. The runners would stand socially-distant from each other pointing to one another, as if they were tagging the next participant in. “It was like a relay-style, except we weren’t actually passing a baton,” said Yazid.

As rain began to fall in the late afternoon of the day, Yazid was worried her teammates would cancel. To encourage participation, Yazid changed the plans midway through to allow pairs of friends to walk at least six feet apart in masks during a portion of the day. She said, “Even though it’s in the rain, since they were with a friend, it was actually pretty enjoyable.”

She continued, “We offered umbrellas for them and a lot of them brought their own umbrellas because we let them know it was going to be raining. So it was actually pretty nice.”

Yazid and her team did not expect to raise as much as they did. However, Yazid is grateful to have had a dedicated team. “Although I was tired from having spent the day there, I was feeling like super high energy at the same time,” said Yazid. “(We) were genuinely excited to do this thing. To be able to help in any single way definitely made me feel good about what I was doing.”