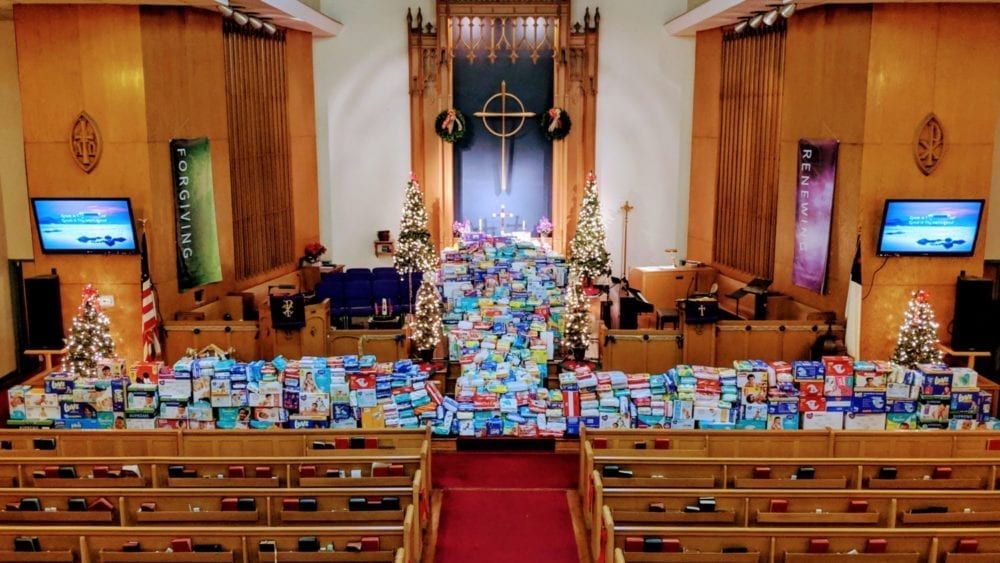 United Methodist Churches in Trenton and central New Jersey have partnered to collect over 87,000 diapers for low-income families with infants in Trenton. The Diaper Drive was sponsored by the Maker’s Place, a new United Methodist initiative in Trenton, as well as four Trenton-area churches and nearly forty congregations and community groups from across New Jersey.

One in three mothers struggle to provide enough diapers for their children. The Diaper Drive is an expression of United Methodist social principles in action. The drive also coincides with the season of Advent, a time in which Christians prepare for the coming of Christ, born as a child to a family living in poverty.

The diapers will be distributed at community birthday parties in 2019. Celebrating one-year old children and their families, these ‘First Birthday Parties’ will provide diapers to every child in attendance who wears them. Sponsored by the Maker’s Place in partnership with the Children’s Home Society of New Jersey, the parties will include participation from congregations and community partners. In addition to celebrating important milestones for children, the parties will also provide resources to reduce Trenton’s high infant mortality rate. (Infant mortality measures the number of children who do not live to see age one). Every child deserves a first birthday!

For more information about this initiative, contact Michael Reed at michaelreed@makersplace.org or (609) 356-4720.