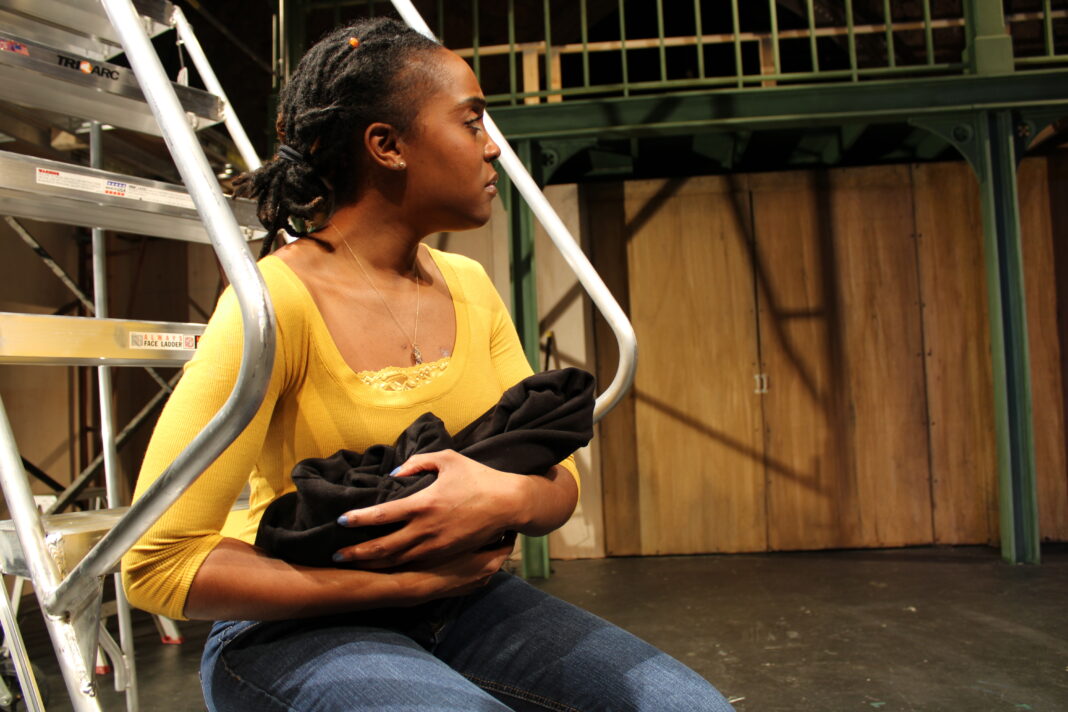 Five years ago, a group of Trenton students spent their summer creating a sculpture entitled “Helping Hands.”  They learned the skills necessary to build something out of nothing with the promise of their work being publicly displayed in their community.  Four days after installation, the sculpture was removed due to anonymous complaints that the piece too closely resembled a gang symbol.  Based on a true story and composed of verbatim interviews from those directly involved, The OK Trenton Project, presented by Passage Theatre Company in Trenton, New Jersey, is an experience that explores the role art plays in the community and the consequences faced when it’s taken away.  The world premiere production comes to the Mill Hill Playhouse (205 E. Front Street, Trenton) from February 10 through February 27, 2022.

“We are thrilled to present this urgent new work that was developed over the course of four years through Passage’s PlayLab program,” notes Passage Theatre’s Artistic Director Ryanne Domingues.  “The OK Trenton Project, which is part of our ‘Trenton Makes’ season, demonstrates our commitment to telling our community’s important stories, and giving Trenton residents a voice in our artistic programming.  The Passage family cannot wait to share the result of our years of hard work with our Trenton community and beyond.”

In August of 2017, “Helping Hands,” a new sculpture, was installed on a vacant city-owned lot at the corner of Perry and Montgomery streets in Trenton, New Jersey.  The sculpture was designed and built by 17 students from a summer camp run by the nonprofit group HomeFront, in collaboration with Isles, Inc., and artist Eric Schultz of Grounds for Sculpture. Following concerns that the sculpture too closely resembled a gang symbol and could send the wrong message to residents, the piece was removed and placed back in the artist’s studio. Told through the words of Trenton’s artists, law enforcement, city officials, residents, and students, The OK Trenton Project tells the story of what one piece of art can mean to a community.

The OK Trenton Project was developed by Passage’s PlayLab program over a period of four years.  During this time, a team of local visual and performing artists was brought together to conduct interviews. Led by playwrights David Lee White and Richard Bradford and directed by Domingues, the show had a public reading outdoors in the Mill Hill Park Amphitheater during the summer of 2021, prior to the world premiere.  The February production features an ensemble cast of Kevin Bergen, Richard Bradford, Carmen Castillo, Molly Casey Chapman, and Wendi Smith.  Each performer plays multiple characters throughout the play.