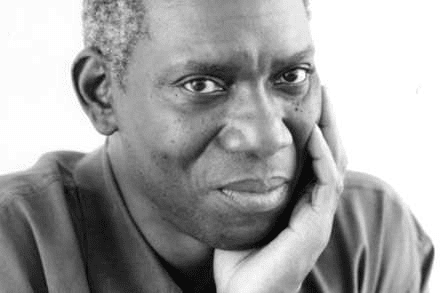 Held at the New Jersey State Museum, the event will pay tribute to Mr. Komunyakaa’s long and acclaimed career in the arts, and to Mathematica’s commitment to New Jersey arts and culture. Trenton Mayor W. Reed Gusciora and Councilwoman Marge Caldwell-Wilson will serve on the honorary committee. Internationally acclaimed musicion Tomás Doncker and poet Michael Collins will appear as part of the benefit’s entertainment.

Ryanne Domingues, Passage’s Artistic Director, is excited to celebrate the honorees’ achievements. “We are thrilled to have the opportunity to honor Yusef and Mathematica,” she says. “Both of our honorees have shown a strong commitment to both the arts and education, two causes that greatly coincide with Passage’s mission. Having produced Yusef’s play The Deacons in 2007, we are excited to recognize his writing and pay tribute to the many ways his work has had a profound impact on both those in Trenton and around the world. Mathematica has also greatly influenced our community through their support and dedication to data and research. I look forward to raising a glass to both honorees and celebrating all they have done to support Passage and its audiences!”

Yusef Komunyakaa, a native of Bogalusa, Louisiana, is Distinguished Senior Poet and Global Professor at New York University. After he served as a USA Army correspondent in Vietnam 1969 to 1970, he studied at the University of Colorado in Colorado Springs, and later received an MA from Colorado State University and an MFA from the University of California in Irvine (both in creative writing). He is author of nineteen books, some of which are Dien Cai Dau, Neon Vernacular, Thieves of Paradise, Talking Dirty to the Gods, Taboo, Pleasure Dome: New and Collected Poems, Warhorses, Scandalize My Name: Selected Poems, Gilgamesh (A Verse Play), The Chameleon Couch, Testimony: A Tribute to Charlie Parker, and The Emperor of Water Clocks. For his poetry he has been awarded the Ruth Lilly Poetry Prize, Kingsley Tufts Poetry Award, William Faulkner Prize (Université Rennes), the Wallace Stevens Award, and the Pulitzer Prize.

Paul Decker, president and CEO of Mathematica, is a nationally recognized expert in policy research, data analytics, education, and labor policy. For three decades, he has been working to improve public well-being by reimagining the way the world gathers and uses data and evidence. At Mathematica, Decker sets the company’s vision and strategy, oversees its operation and management, and shapes its values and standards. He has led the expansion and diversification of Mathematica’s work into new and evolving areas, while maintaining its longstanding commitment to rigorous and objective analysis. He was recently named the 2018 Mid-Market CEO of the Year by CEO Connection, a membership organization for CEO’s of companies with between $100 million and $3 billion in annual revenue.

Decker writes and speaks regularly on trends in the policy research field, including the emergence of Big Data and its impact on public program evaluation and management; has testified before Congress; served as an expert adviser to both the U.S. and Canadian governments; and published widely in peer-reviewed journals. He currently serves on the Board of Trustees at the Committee for Economic Development in Washington, DC and National Junior Tennis and Learning of Trenton. The son of a theater professor, Decker also serves as a member of the board of McCarter Theatre in Princeton. Decker holds a Ph.D. in economics from the Johns Hopkins University and serves as chair of development on the board of advisers of the Thomas Jefferson Public Policy Program at the College of William and Mary, his undergraduate alma mater.

Dr. Michael Collins is the author of Understanding Etheridge Knight and The Traveling Queen. He has also published many essays and uncollected poems, as well as a chapter from a novel in progress. His current projects include a book on Yusef Komunyakaa and a book on affirmative action. He teaches at Texas A & M University.