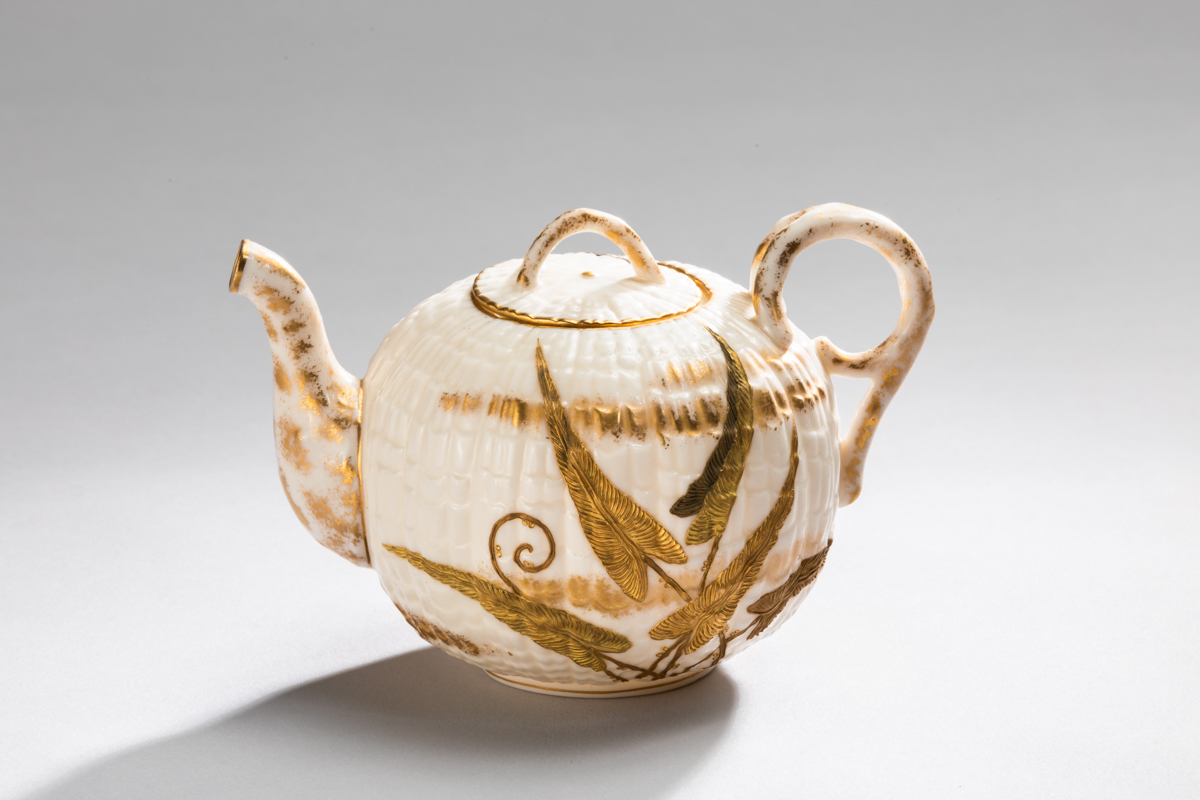 The Potteries of Trenton Society (POTS), in collaboration with the New Jersey State Museum (NJSM), recently completed a project to photograph 50 select objects from the NJSM’s collection of Trenton ceramics. The project was made possible, in part, by a grant from the Mercer County Division of Culture and Heritage, in partnership with the New Jersey Historical Commission, Division of Cultural Affairs/ Department of State.

The Potteries of Trenton Society (POTS) is a New Jersey non-profit corporation. Their mission is to promote the study and appreciation of Trenton’s ceramic industry by gathering and preserving information related to the industry, sponsoring research projects, seminars and conferences, and promoting industry-related heritage tourism activities.

For about a century Trenton’s ceramics industry made everything from doorknobs to toilets, table china to electrical porcelain (insulators). It’s nickname as the “Staffordshire of America” refers to the success of the potteries in the English Midlands, where many of Trenton’s potters originated. The industry thrived here because of its location between the two fastest growing urban areas in nineteenth century America — New York City and Philadelphia — and the development of the Delaware & Raritan (D&R) Canal that connected the Delaware River on the west to the Raritan River in the eastern part of the state.

This powerful transportation asset was supplemented by the Pennsylvania Canal, which brought in coal from the great northwestern Pennsylvania coal fields to power Trenton’s hungry kilns. When trains were added to America’s transportation network, Trenton’s ceramics wares were distributed throughout much of the eastern half of the United States.

In 1856, Charles Hattersley and James Taylor established the first of Trenton’s industrial potteries. This pottery made Rockingham and yellowware, which was rapidly supplanting redware in American kitchens. Other potteries quickly followed. Most were making the same goods, but some started experimenting with the manufacture of white ironstone china which soon became the staple of American dining rooms. In the 1880s, art wares were attempted to great success and Trenton’s famed Belleek china was born and became the talk of New York’s fashionable china and glass dealers.

Specialized products were added to the repertoire of Trenton’s potters, including tiles, door knobs, electrical insulators, molds for other industries (rubber gloves, for example) and the city’s premier product of the early twentieth century, sanitary ware. With each new product, the city’s pottery industry grew in complexity and financial success. The city’s banking industry and government stood ready to assist the ceramics industry as needed and Trenton became one of the most important cities for national trade and labor groups that formed in the later years of the nineteenth century and early twentieth century.

The 50 select images representative of Trenton’s ceramic heritage are currently being incorporated into the Trenton Potteries Database, which is available on the POTS website. The 50 photographs will also be shared via POTS and the NJSM’s social media platforms (Facebook, Instagram, blogs and targeted emails).

POTS’ website has recently undergone a major overhaul and redesign with a view to making it more user friendly and technologically capable of hosting this complex database. With the assistance of a 2018 Mercer County History Regrant, POTS professional web designers to create a new, modern and user-friendly website. In 2019, again with assistance of a Mercer County History Regrant POTS worked to make the Trenton Potteries Database available on the website. The database and website are structured so that the two work together and allow users to explore the history of Trenton’s industrial potteries.

The database contains historical information and stories about the pottery industry and associated history. Organized by geographic location, each entry includes information on a pottery’s location, owners, products and years in operation. Where available, historic maps, advertisements, maker’s marks, photographs and engravings were scanned into the database. 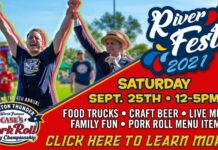