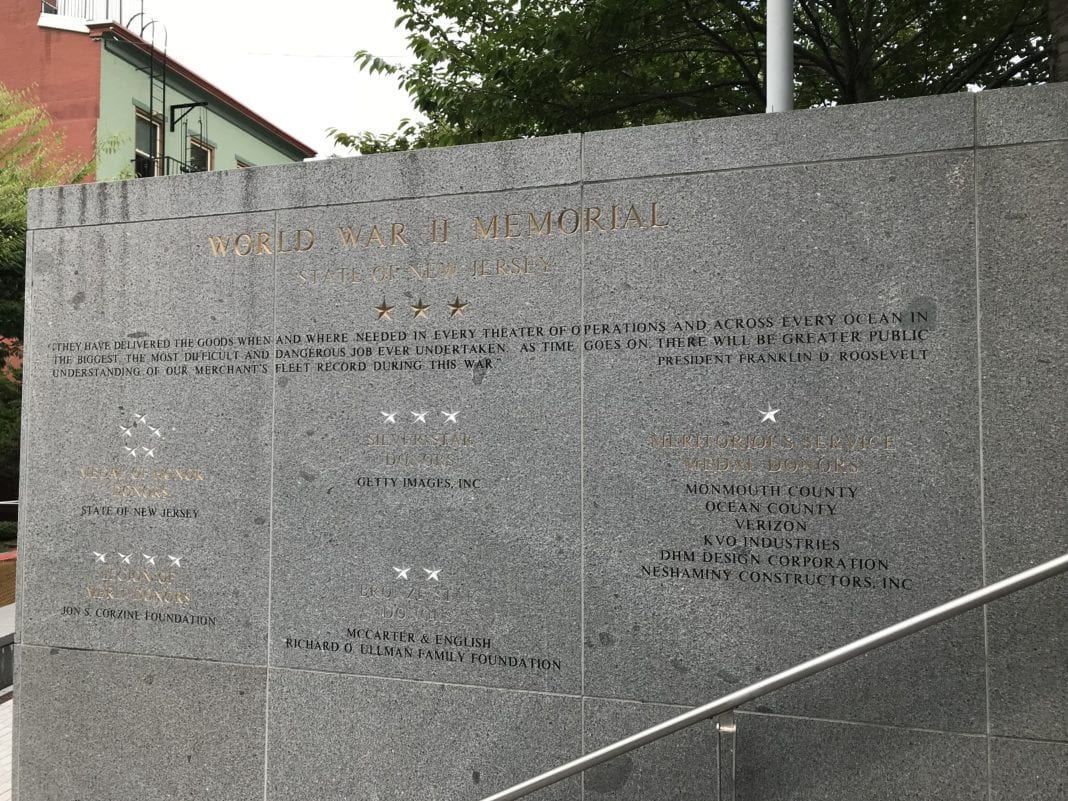 West State Street is home to the New Jersey World War II Memorial. Directly in front of the NJ State House, the memorial honors New Jersey men and women who fought and in other ways served during the war.

The memorial consists of many interesting structures and displays, one of them being a six-pillar domed archway housing a statue of Lady Victory. Standing on a round pedestal she holds a sword in her left hand and with the other raises a laurel wreath. In Greek mythology, laurel wreaths were awarded to victors making it a symbol of triumph.

The pedestal on which Lady Victory stands has two quotes by Franklin D. Roosevelt, who was the president of the United States during World War II.

“They have given their sons to the military services. They have stoked the furnaces and hurried the factory wheels. They have made the planes and welded the tanks. Riveted the ships and rolled the shells.” Through these words, women are honored for their role in World War II.

Following is the second quote that reads, ” The American people in their righteous might will win through to absolute victory.” This quote is from FDR’s Pearl Harbor Address delivered on December 8, 1941, the day the United States declared war on Japan, just one day after the attack on Pear harbor.

Engraved on the dome’s outside are the following four words: DUTY, COURAGE, SACRIFICE, VICTORY.

The memorial also has a curved wall time line on its sides separating the European and Pacific Theatre events organized by world events and New Jersey events.

There’s plenty to see and learn at the WWII memorial. Enter through Capitol St. and take advantage of free 30-minute parking located behind the memorial. Explore at your own pace and don’t forget to take lots of pictures.