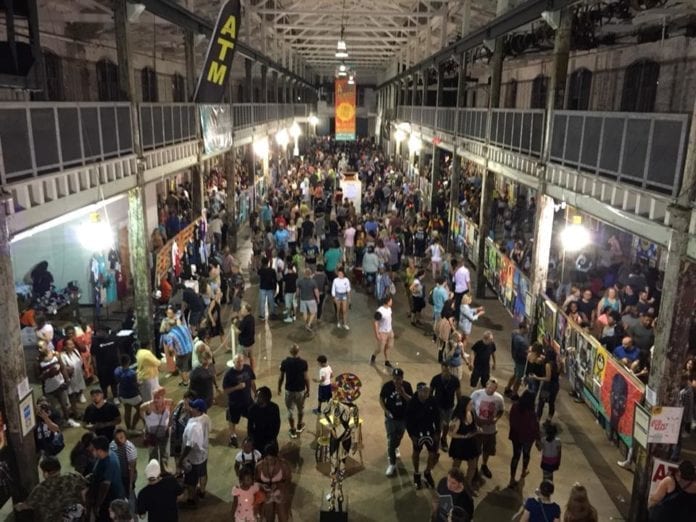 Six Arts organizations in Trenton will receive $230,873 in grants from The New Jersey State Council on the Arts, which awarded more than $15.7 million in grant funding to support 700 arts organizations, projects, and artists throughout the state.

“It is an honor to lead a department that invests in the people of New Jersey in such diverse and meaningful ways,” said Secretary of State Tahesha Way. “Grants through the State Arts Council have a direct positive impact on New Jersey residents, families and communities. The return on the investment is undeniable, and we are grateful to today’s award winners for the important work they do.”

Council Chair Elizabeth Mattson remarked, “New Jersey’s creative industries play a key role in our success – from the economy and education to wellness and cross-cultural understanding. The arts provide an opportunity for people from all backgrounds to engage with one another, and to share ideas and stories that can change lives.”

The U.S. Bureau of Economic Analysis reports that the arts and culture sector contributes $22.1 billion to New Jersey’s economy, representing 3.8% of the state’s GDP-a larger share than several other industries in the state. Learn more about why the Arts Matter in New Jersey.

The Council receives funding from the State of New Jersey through the Hotel/Motel Occupancy Fee legislation passed in 2003, which established a dedicated revenue source to support arts, history, and tourism. Additionally, the Arts Council receives annual competitive grants from the National Endowment for the Arts. Funding decisions are made through a transparent, merit-based, and rigorous grants process that assures access and equity. Independent panels evaluate grant applications to eliminate the possibility for conflict of interest.

Additionally, 20 organizations and projects received Citations of Excellence in recognition of the highest competitive evaluations by the panels of specialists including Trenton’s own Artworks Trenton, Inc. and Middlesex County Cultural & Heritage Commission.

The New Jersey State Council on the Arts, created in 1966, is a division of the NJ Department of State. The Council was established to encourage and foster public interest in the arts; enlarge public and private resources devoted to the arts; promote freedom of expression in the arts; and facilitate the inclusion of art in every public building in New Jersey. The Council receives direct appropriations from the State of New Jersey through a dedicated, renewable Hotel/Motel Occupancy fee, as well as competitive grants from the National Endowment for the Arts. To learn more about the Council, please visit www.artscouncil.nj.gov.