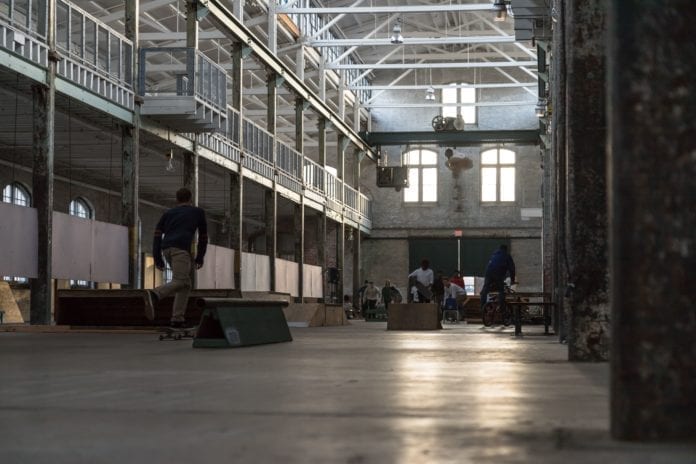 The Sheckler Foundation is taking its 10th annual Skate For a Cause nationwide this summer, with the revealing of the recipients that will receive $10,000 “Be The Change” (BTC) grants. The Foundation will be donating a total of $100,000 to causes across the United States that support its core mission for supporting injured action sports athletes and children in need.

Freedom, an all-volunteer 501c(3) nonprofit led by skateboarders and Trenton residents, was chosen along with nine other organizations to receive the grant. Jake McNichol, Freedom’s Founder and Executive Director, is a skateboarder, writer, and communications professional who grew up in Ewing, New Jersey and now lives and works in Trenton. Jake made his first foray into nonprofit work when he founded and ran a skateboarding summer camp for at-risk youth during his junior year of high school. Since then, he has developed extensive networks within the skateboarding, nonprofit, and New Jersey political communities.

For the last nine years, Skate For A Cause has been a local, family-friendly event that features a world-class skate jam and carnival aimed to help raise funds for the Sheckler Foundation’s “Be the Change” initiative. This year, to celebrate the 10th Anniversary, the Sheckler Foundation is taking Skate For a Cause on a 10-city nationwide demo tour. Attendees can come see Ryan Sheckler and Sheckler Foundation SKATEboard members when they visit any one of the cities represented by the grant winners.

Supporters entered their favorite causes for “Be the Change,” and The Sheckler Foundation included Freedom and nine others as part of the demo tour across the U.S., where each recipient will receive a $10,000 grant to support their efforts to “Be the Change.”

The Sheckler Foundation will announce the dates for each stop of the Summer 2019 “Skate For a Cause” Nationwide Demo Tour in the coming weeks.

Founded in 2008, The Sheckler Foundation was created as an avenue for Ryan Sheckler, his family, friends and business associates to give back to the community and industry that they are so grateful for. Fueled by the desire to contribute to the many causes that directly benefit and enrich the lives of children and injured action sports athletes, the Sheckler Foundation will produce fundraising events, passion projects and web-based initiatives to raise capital and awareness. Our ultimate goal is to empower our community to “Be the Change!”