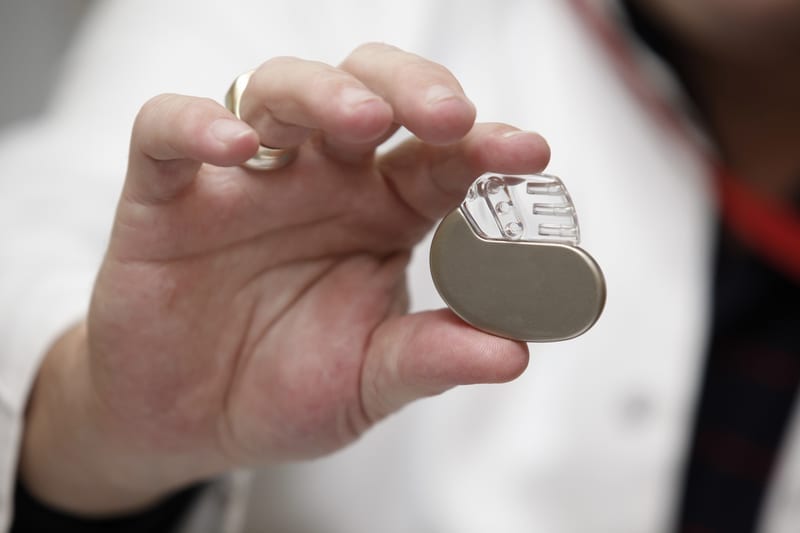 St. Francis Medical Center Electrophysiologist and Director of Complex Electrophysiology, Eran Zacks, MD, FACC, FHRS, implanted a permanent pacemaker into a patient’s heart without the use of fluoroscopy. This is a big deal, particularly since fluoroscopy carries some risks, as do other X-ray procedures around the heart area. According to the U.S. Food and Drug Association, radiation-related risks associated with fluoroscopy include: radiation-induced injuries to the skin and underlying tissues (“burns”), which occur shortly after the exposure, and radiation-induced cancers, which may occur some time later in life.

Fluoroscopy, a type of “moving X-ray,” uses ionizing radiation to help a physician visualize where to place the leads of a pacemaker. Fluoroscopy is currently the traditional imaging modality for pacemaker implant. Dr. Zacks has performed four more pacemaker procedures using minimal fluoroscopy since his first case on August 31, 2018. His first case was the first reported time that a minimal fluoroscopy pacemaker implant procedure took place in the New Jersey area. Instead, Dr. Zacks used Abbott’s NavX 3D mapping system to visualize the placement of pacemaker leads. This was an off-label use of 3D mapping, which works with magnets and a catheter to create a 3D image of the heart’s chambers.

Each of the five cardiac patients had an irregular heartbeat (arrhythmia) that met standard criteria for pacemaker implantation. Each of the five patients accepted the opportunity to avoid exposure to radiation when Dr. Zacks performed their procedure. All patients have since recovered and are doing well.

“With rising concerns about the harmful effects of radiation exposure, I used 3D mapping as a safer alternative for our patient and clinicians,” said Dr. Zacks. “The ability to achieve the same result from this procedure—a patient doing well with a securely implanted pacemaker—with minimal use of fluoroscopy and no increased procedural duration or risks represents a possible new standard for cardiac device implantation, at St. Francis and beyond.”

Novel 3D mapping works similarly to a GPS. Instead of satellites to determine location, the real-time mapping system uses magnets that work with the tip of a catheter. Once the catheter is inserted into a patient’s blood vessel, the physician uses the mapping system to guide the catheter to where he or she wants it to go. This method is the current standard imaging modality for cardiac ablation, where a physician destroys or scars heart tissue that causes an irregular heartbeat, but not yet for pacemakers.

The use of 3D mapping with pacemaker implantation has only been performed at a handful of centers in the U.S. Rarely reported, a study in November 2017’s Pacing and Clinical Electrophysiology journal found that when six patients (one at 25-weeks pregnant) underwent permanent pacemaker implantation with no fluoroscopy from 2012 to 2016, there were no complications with the procedure and all pacemakers worked satisfactorily upon follow-up. Researchers found that Ensite NavX can be used as a reliable and safe minimal fluoroscopic approach for implantation of single- or dual-chamber permanent pacemakers in specific patients, such as pregnant women or in extreme situations such as when fluoroscopy is not available.

“We want to do all we can to protect the patient from radiation exposure,” said Dr. Zacks. “Some patients may not be a candidate for minimal fluoroscopic pacemaker implantation, such as those who have previously implanted cardiac hardware, those with blood vessel occlusion, or people who have anatomical structural anomalies within the heart or blood vessels. Otherwise, this technique could apply to most patients.”

According to the Environmental Protection Agency, ionizing radiation has sufficient energy to affect living cells and damage their genetic material (DNA). Unfortunately, if the body cannot repair cell damage, a cell may die or eventually become cancerous. In addition to cancer, other harmful effects can include cataracts, thyroid disease, orthopedic and cardiovascular changes.

Even in low amounts, no amount of radiation exposure is considered completely safe. To prevent the effects of “chronic radiation exposure,” St. Francis clinicians, as is standard in all hospitals, wear lead aprons, as well as lead neck strips and caps. Lead-plated glass also divides the electrophysiology lab from the control room.

“Radiation effects are cumulative. Each time a patient has a medical test or procedure, such as a CT scan, X-ray, nuclear test or procedure with fluoroscopy, he or she is exposed to the effects of radiation. Equally important, we must consider the cumulative effects of radiation on clinicians including lab/operating room staff. With each repeated procedure that a clinician performs, he or she is at increasing risk for long-term radiation effects. All staff in the electrophysiology lab wear lead protection over their scrubs during a procedure. Lead protection gear is very heavy, and this causes fatigue for clinicians on their feet for hours. Chronic use of lead protection can also cause orthopedic alignment issues. But now we can do more to better serve patients and support clinicians by greatly reducing radiation risks. Embracing this technique helps us do that.”

St. Francis staff also wear dosimeters, which measure radiation exposure, outside their lead-protected vests, as well as inside—between their scrubs and vests. Data from the dosimeters are used to monitor radiation exposure for all persons working in the electrophysiology lab.

“St. Francis continues to provide state of the art cardiac care, particularly in the area of electrophysiology,” said Christina Wjasow, MD, FACC, Medical Director, Electrophysiology Laboratory at St. Francis. “The safety of our patients is our highest priority, especially while we are providing them with advanced electrophysiology procedures. Reducing lifetime radiation exposure is a part of that. Our new hybrid laboratory has the most advanced fluoroscopy equipment with the lowest radiation amounts delivered as possible. Performing pacemakers with minimal fluoroscopy takes this priority to the next level.”

Dr. Zacks adds that he looks forward to performing more pacemaker implants with minimal fluoroscopy. “It’s exciting to apply a cutting-edge technology in a different way. It’s something that benefits our patients and our clinicians, and that’s a win-win.” 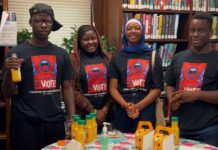