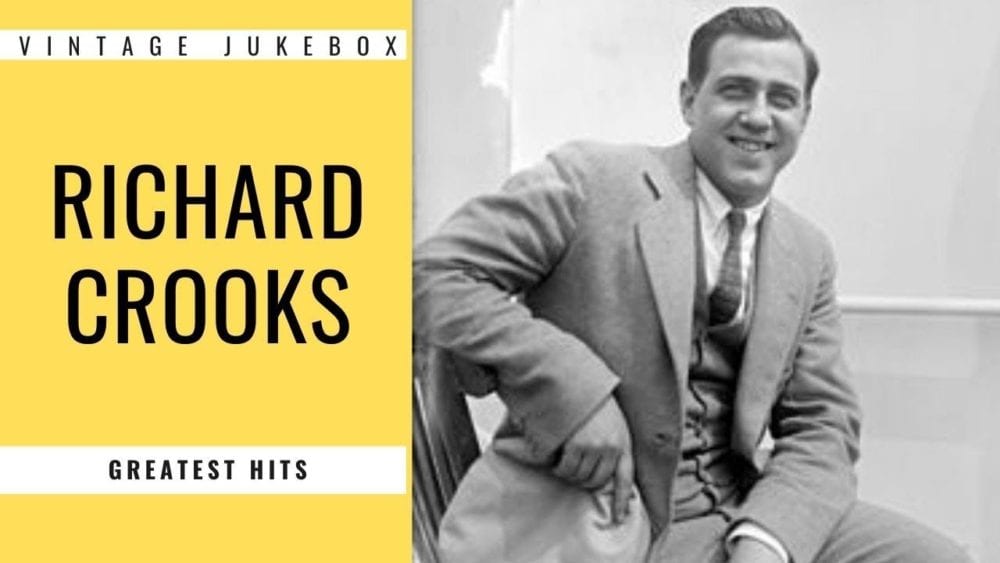 Trenton native, lead singer in the New York Metropolitan Opera, and American tenor Richard Alexander Crooks was an incredibly gifted vocalist during his time. His talent was known not only in the United States, but throughout much of Europe. Blessed with a mesmerizing dynamic vocal range, Crooks was constantly on the move which allowed him to become well-rounded in his craft and in life as well.

Born in Trenton, New Jersey on June 26th, 1900, Richard was the second son of Elizabeth and Alexander Crooks. He began his career as a singer at his local church as a young soprano, and eventually attended Trenton Central High School. At one point the famous contralto Ernestine Schumann-Heink had the opportunity to hear Crooks perform and saw that he had a vast amount of untapped potential. Shortly after, the local choirmaster Sydney H. Bourne began formally training him to sing.

After World War 1 Crooks went on to study with baritone Leon Rothier and vocal coach Frank La Forge. Crooks’ voice would eventually catch the attention of Walter Damrosch who implored that he sing Siegfried at a New York Symphony Orchestra concert in November of 1922. From that moment on, the city’s press was all over Crooks, and shortly after, he accepted a management contract with Victor Records in 1923.

After some time with Victor Records, Damrosch wanted to see Crooks’ tour in Europe. In 1927 Crooks made his operatic debut in Hamburg, Germany and three years later, he would follow up with his debut with the Metropolitan Opera which catapulted his career ever higher. During this time Crooks made dozens of recordings for Victor records, and even some in Europe.

“Crooks’ strong, clear voice, crisp enunciation, and command of languages made him an ideal match for recording, and his records were popular sellers worldwide.” -allmusic.com

In 1933, Crooks would go on to institute a very popular string of radio broadcasts on the Voice of Firestone Program. That same year he also joined the Metropolitan Opera’s roster as an official member. Later into the 1930’s, Crooks made tours in New Zealand and Australia which were so well liked that he needed to add more concerts to his schedule and almost got stranded outside of the United States due to the start of World War 2.

In 1942, Crooks would retire from the Metropolitan due to poor health, and later in 1945 would cancel his recording contract with Victor Records. During this time he was honored at the Farewell Gala to the Old Metropolitan, which would be his final public appearance. Crooks passed away at the age of 72, leaving a huge and powerful legacy of recording which are regarded by many as “the finest made by any tenor.”