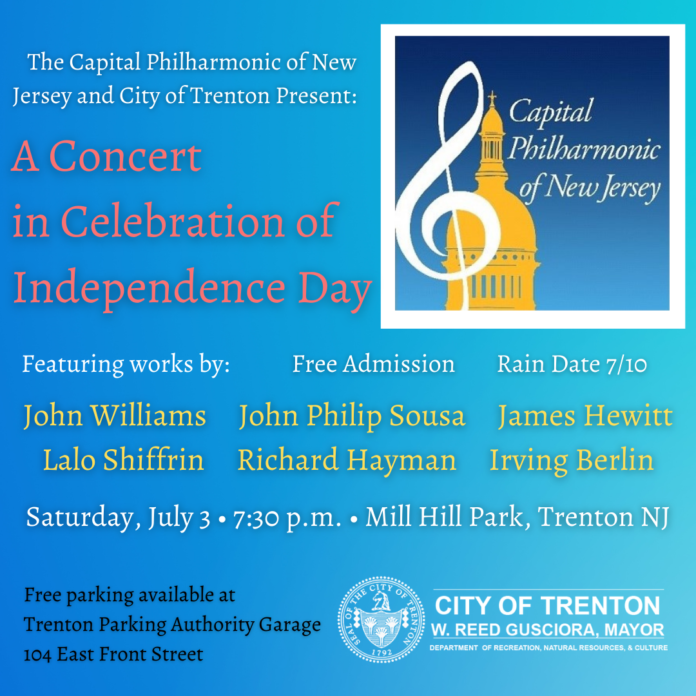 Capital Philharmonic of New Jersey (CPNJ) and the City of Trenton’s Department of Recreation, Natural Resources, and Culture have teamed up to present “A Concert in Celebration of Independence Day” on Saturday, July 3, 2021 at 7:30 p.m. at Mill Hill Park on E. Front and Market Street in Trenton. 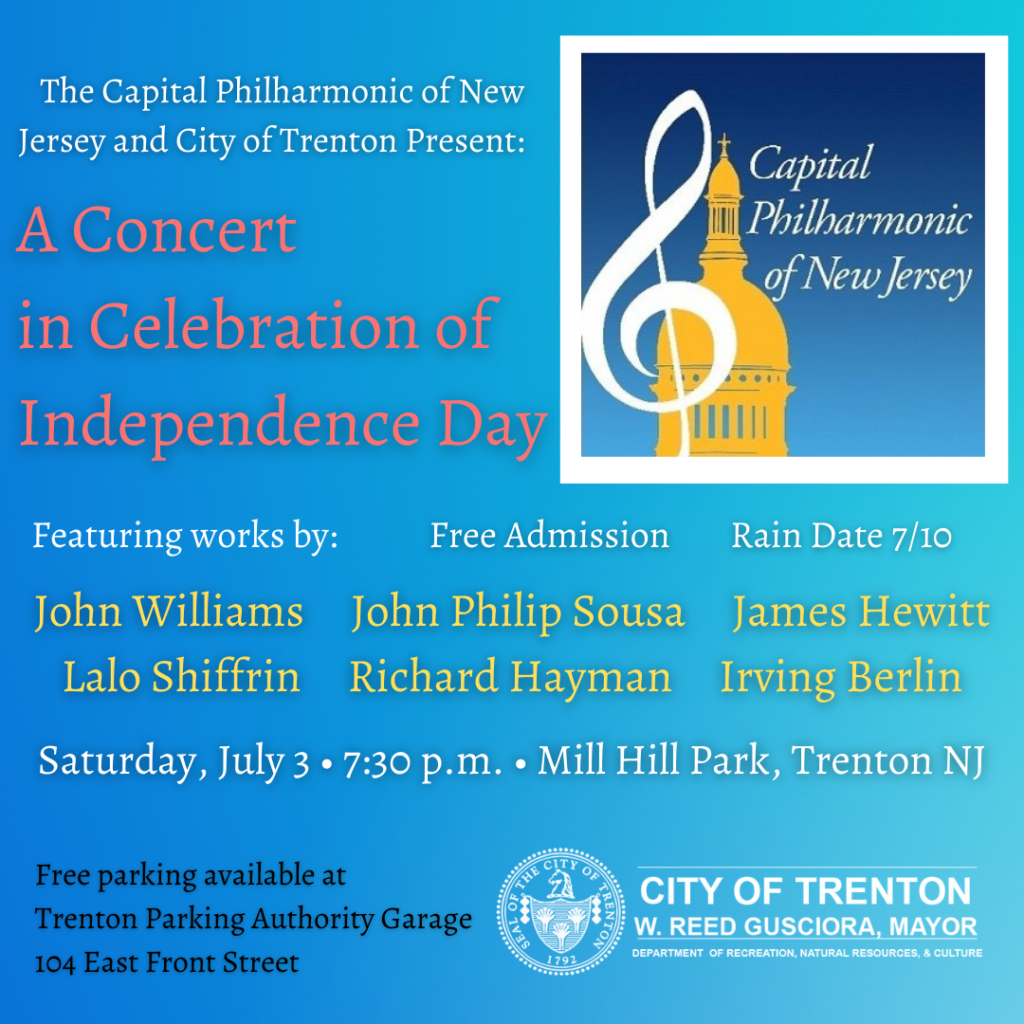 CPNJ is the city’s professional orchestra engaging more than 70 musicians led by music director Daniel Spalding. Launched at a highly successful New Year’s Eve Concert in 2013, CPNJ usually performs at the Trenton War Memorial offering five to six concerts annually. After suspending its season due to the pandemic in March 2020, CPNJ will officially announce at this Independence Day concert the return of regular performances beginning in October 2021.

This weekend’s performance is supported, in part, by funds from the U.S. Small Business Administration’s Paycheck Protection Program designed to help for-profit and not-for-profit organizations maintain financial support for their employees.

There is no admission charge, but donations are gratefully accepted. For more information on CPNJ, visit https://www.capitalphilharmonic.org. For more events hosted by City of Trenton’s Department of Recreation, Natural Resources, and Culture, visit https://www.facebook.com/trentonparksrecreation/.