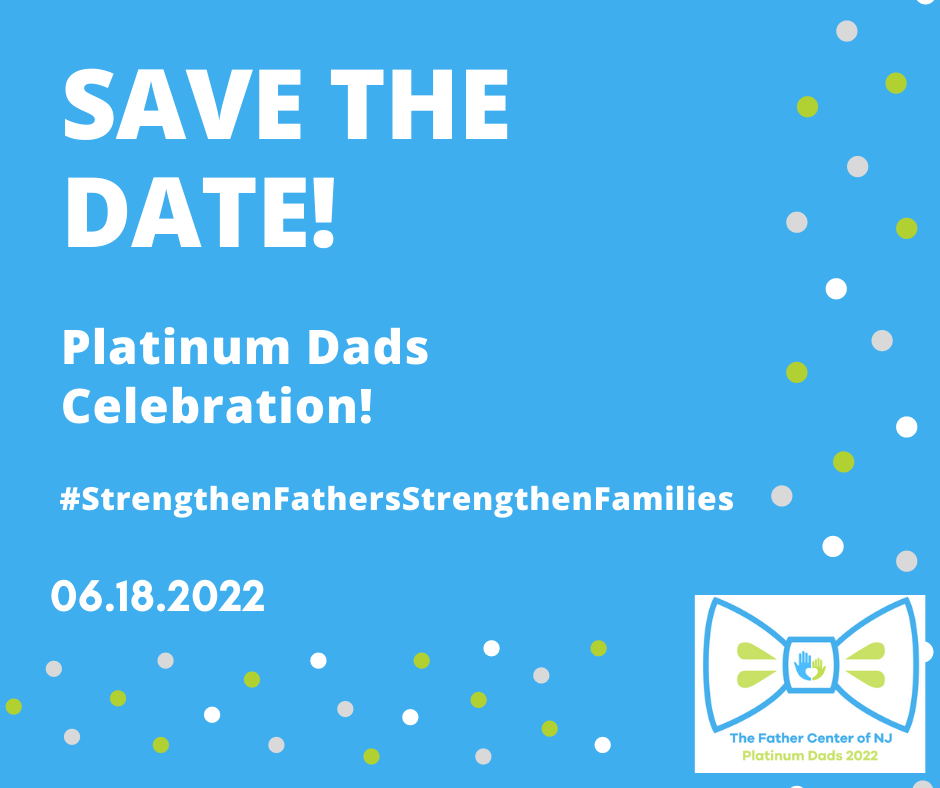 The Father Center of New Jersey (TFCNJ) announced its 17th annual Platinum Dads event, which keeps the tradition of recognizing unsung heroes. “Every year we get the distinct honor of illuminating the positive stories about fatherhood and men who are doing remarkable work in our region get the acknowledgement they deserve,” said TFCNJ Executive Director Karen Andrade-Mims, who wants to make sure the community knows the importance of fathers both for families and in society at large through an annual Platinum Dads Awards event.

Platinum Dads will occur the day before Father’s Day on Saturday, June 18, 2022. The event will be held at the Princeton Marriott at Forrestal. 100 College Rd E, Princeton, NJ 08540.

More event elements will be announced in the coming weeks as they develop. Sponsorships will be available for individuals and companies wanting to support and get exposure through one of New Jersey’s “feel good” events of the year. You can reach out to Karen Andrade-Mims, Executive Director to request a sponsor packet at kandrade–mims@thefathercenter.org or visit www.thefathercenter.org.

Several Trenton families seeking to protect vulnerable children and support families founded The Father Center of New Jersey, formerly Union Industrial Home for Children, in 1859. Serving first as an orphanage, the organization has grown to focus on improving quality of life for children by supporting the father figures in their lives. The Father Center serves over 1,500 fathers each year, guiding them to create strong, nurturing relationships with their children. Our free programs include career counseling, computer literacy training, parenting education, and health and trauma support.

With a mission to support men in gaining the skills and meeting the responsibilities of fatherhood, TFCNJ’s vision is to empower every father to positively impact his children and family – socially, emotionally, and economically.

In Trenton, TFCNJ moved its offices last year from the intersection of State and Broad Streets to a new equally historic downtown location at One West State Street in Trenton.  With state-of-the-art niches throughout, the new space fuses technology and design to create a safe and welcoming environment for clients and staff members. The building is located on what is referred to as “Corner Historic” because of the rich history associated with this area of the city. Originally a homestead in the early 1700s, One West State Street later became City Tavern, a local bar, and eatery. During the 1800 and 1900’s the building was home to The Trenton Savings Bank and, later, Wells Fargo.

With an expansion in 2018 to serve more fathers in New Jersey, The Father Center also has an office Burlington, NJ located at 17 West Broad Street.